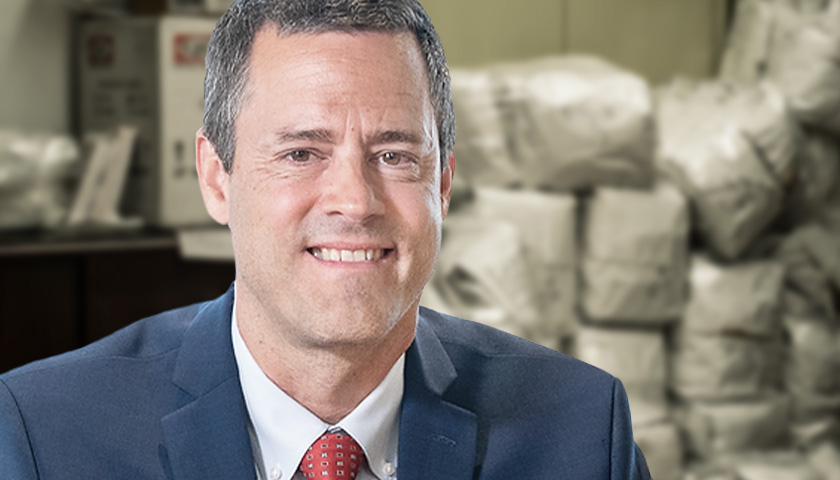 Dealers who sell or distribute substances containing fentanyl could face first-degree murder charges under a bill introduced by a Virginia lawmaker.

House Bill 1455 would declare anyone who knowingly distributes or sells 2 milligrams or more of a mixture containing a detectable amount of fentanyl to another person without their knowledge it contains fentanyl is guilty of attempted first-degree murder by poison.

The bill also declares that if the distribution of a substance containing fentanyl results in someone’s death, the person who sold or distributed the substance would be guilty of first-degree murder by poison.

First-degree murder is considered a Class 2 felony in Virginia – a conviction that carries 20 years to life in prison.

“It’s time to call drug dealers pushing fentanyl unknowingly to buyers what they are – cold blooded murderers – and punish them accordingly.”

In 2020, 2,240 Virginians died from a drug overdose, according to data from the U.S. Centers for Disease Control and Prevention. It’s unclear how many of those deaths are directly linked to a fentanyl overdose.

Fentanyl is a synthetic opioid that is 50 times stronger than heroin and 100 times stronger than morphine, according to the CDC. Earlier this year, the U.S. Drug Enforcement Administration warned of an increase in mass-overdose events involving fentanyl, writing in a news release “fentanyl is driving the nationwide overdose epidemic.”

“The CDC estimates that in the 12-month period ending in October 2021, more than 105,000 Americans died of drug overdoses, with 66 percent of those deaths related to synthetic opioids like fentanyl,” the DEA wrote in April. “Last year, the United States suffered more fentanyl-related deaths than gun-and auto-related deaths combined.”

With fentanyl-related overdose deaths on the rise, lawmakers and researchers across the nation have proposed various strategies to address the fentanyl crisis in their respective states. California lawmakers have introduced legislation to require opioid-antagonist overdose kits in certain public spaces, while researchers at the University of Houston are working on a fentanyl vaccine.

Anderson’s bill is still pending a committee referral. In order to become law, the bill will have to be passed through the politically-divided General Assembly before it makes it to Gov. Glenn Youngkin’s desk.

Madison Hirneisen is a staff reporter covering Virginia and West Virginia for The Center Square. Madison previously covered California for The Center Square out of Los Angeles, but recently relocated to the DC area. Her reporting has appeared in several community newspapers and The Washington Times.
Photo “Tim Anderson” by Tim Anderson. Background Photo “Fentanyl” by r. nial bradshaw. CC BY 2.0.