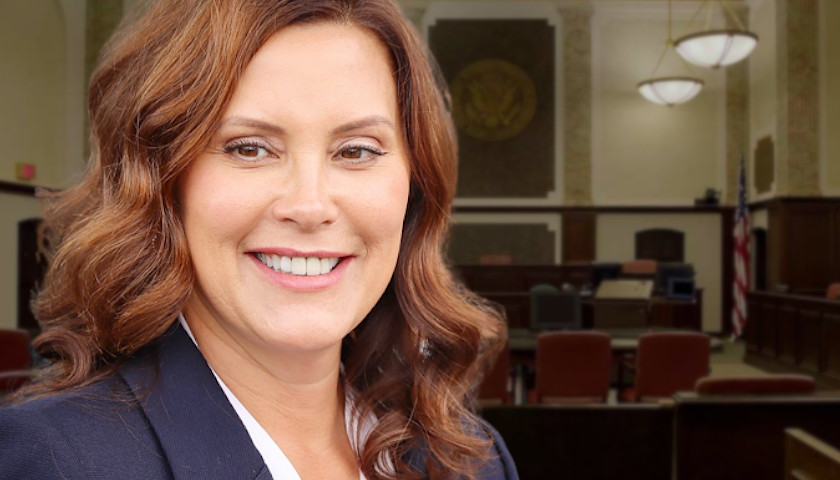 Five men facing terrorism charges for their alleged role in a plot to kidnap Gov. Gretchen Whitmer will face trial.

Judge Michael Stepka of the 86th District Court in Traverse City bound over the men.

Shawn Fix, 38, of Belleville; Michael Null, 38, of Plainwell; and Eric Molitor, 36, of Cadillac; and William Null, 38, of Shelbyville, will stand trial on charges of providing material support for terrorist acts. Convictions carry a 20-year felony and $20,000 fine; felony firearm charges; and a two-year mandatory prison sentence to be served consecutively.

Brian Higgins, 51, of Wisconsin Dells, Wisconsin, will stand trial on charges of providing material support of an act of terrorism, a 20-year felony.

“This bind over sends a clear message that acts of domestic terrorism will not be tolerated,” Attorney General Dana Nessel said in a statement. “Those who threaten our law enforcement agents and public officials endanger our entire state and must be held accountable. I am pleased to see this case move forward.”

In all, 14 men were arrested on state and federal charges in October 2020 for plotting to kidnap Whitmer. Eight were charged in state court, accused as part of the militia group Wolverine Watchmen, and six were charged in federal court.

The Michigan State Police, U.S. attorneys of the Eastern and Western districts of Michigan, and the FBI teamed to foil the plot.

The men are accused of plotting to kidnap Whitmer from her summer lakefront house in Elk Rapids and planning to blow up a bridge to slow first responders.

The suspects were alleged to have targeted law enforcement’s homes, made threats of violence to instigate a civil war, and planned to attack the state Capitol building and kidnap government officials.

A pretrial conference is scheduled for Dec. 19 at 8 a.m. in Circuit Court.

Two of the 14 have been acquitted, five found guilty, and two pleaded guilty.