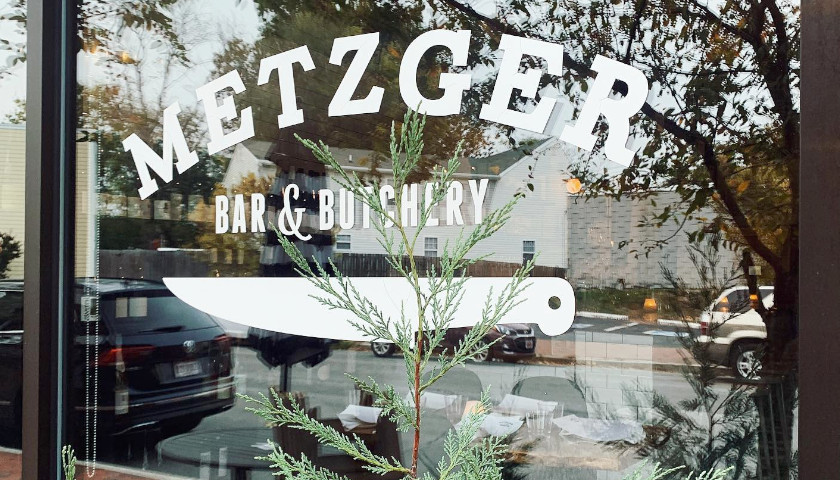 A Virginia restaurant owner denied service to a Christian organization about 90 minutes prior to its private party because the group is pro-life and embraces one-man-one-woman marriage.

Victoria Cobb, president of the Family Foundation of Virginia, which holds pro-life and traditional marriage values, told The Daily Signal that, following her group’s participation in activities outside the Supreme Court Monday, while the justices heard oral arguments in a case to decide if a public accommodation law compelling a creative person’s speech or silence violates the First Amendment, she was informed the Metzger Bar and Butchery was “unwilling to serve” the organization.

“They did a little research, found out who we are,” Cobb said of the Richmond eatery. “We are unapologetically pro-life and stand for traditional marriage.”

“They seem more than willing to defend their ability to deny access to food,” she added. “That’s, I think, the stunning part about it, we’d like to think that in America, even though we have political differences, even though we don’t see the world the same way, we’d like to believe that we can all dine in the same places.”

.@TFFVA's President Victoria Cobb shares how a Richmond restaurant (@MetzgerRVA) told the Family Foundation it was no longer welcome to dine at the establishment after discovering their views on abortion and traditional marriage. pic.twitter.com/e4AE4dQdVP

Though the Metzger Bar and Butchery excluded the Family Foundation from its restaurant because of its views, a statement to The Daily Signal said the eatery “has always prided itself on being an inclusive environment for people to dine in.”

“In eight years of service we have very rarely refused service to anyone who wished to dine with us,” the statement said, adding the Christian organization’s views made the restaurant’s staff “uncomfortable” and “unsafe”:

Recently we refused service to a group that had booked an event with us after the owners of Metzger found out it was a group of donors to a political organization that seeks to deprive women and LGBTQ+ persons of their basic human rights in Virginia. We have always refused service to anyone for making our staff uncomfortable or unsafe and this was the driving force behind our decision.

Richmond, Virginia restaurant Metzger Bar and Butchery canceled a Christian ministry’s private party just 90 minutes before it was scheduled to start because LGBT staff members refused to provide service for the event. pic.twitter.com/qb8Jsi5DQ0

Metzger Bar and Butchery added its staff consists of “members of the LGBTQ+ community.”

“We respect our staff’s established rights as humans and strive to create a work environment where they can do their jobs with dignity, comfort and safety,” the restaurant continued. “We hope you will understand our decision as we understand it is your choice to dine with us or not.”

“We are so grateful to our many guests and neighbors for their support the past few days!,” the restaurant posted on its Facebook page. “To say thank you we are donating all proceeds from this cocktail [Cracks in the Foundation] to @equalityva tonight!”

Cobb described the restaurant’s behavior as an example of the “polarized environment” that exists in America.

“We really need to simply be willing to be brave and still hold our views and not let this chilling effort take place for those who believe things that maybe aren’t mainstream in some secular circles,” she told The Daily Signal.

“Most Virginians are happy to sit down and have meals with people they disagree with,” Cobb added. “This just doesn’t reflect the heart of the freedom that we want to see in our culture and our society.”

The Family Foundation was outside the Supreme Court as oral arguments proceeded in the case of Creative v. Elenis.

National Review Online (NRO) reported Monday that Justice Neil Gorsuch appeared critical of the State of Colorado, asserting it had forced Jack Phillips, a Christian baker, to participate in a “reeducation program” after he refused to construct a custom wedding cake for a same-sex couple, stating the job would violate his faith beliefs.

NRO reported on the exchange between Gorsuch and Colorado Solicitor General Eric Olson:

“Mr. Phillips had to go through a reeducation program, did he not?,” Gorsuch asked … Olson. He retorted that it was actually training to educate him about Colorado law.

“Some would call that a reeducation program,” Gorsuch said.