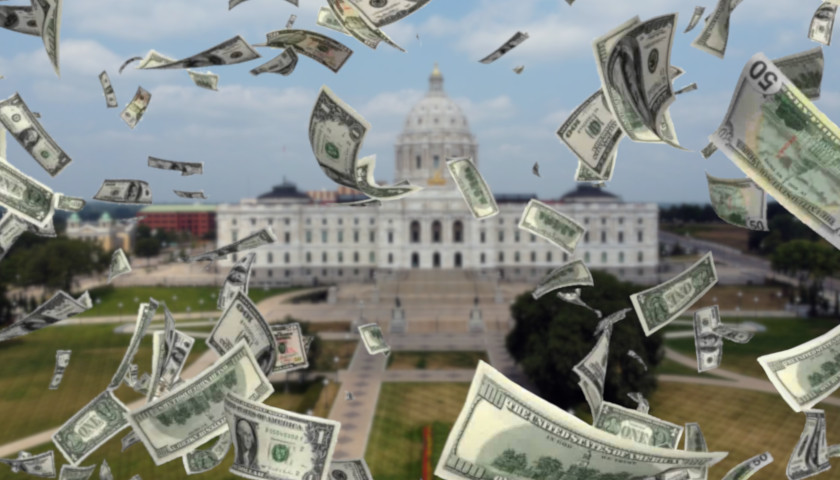 The massive surplus is a combination of lower spending and roughly $7 billion left untouched by a divided legislature that couldn’t agree on relief last session.

Gov. Tim Walz said the state should spend the surplus on the state’s workforce, schools, and kids.

“Today’s news is proof that Minnesota’s economy is strong and growing. One thing is clear: this surplus is a result of the students, small businesses, and working families whose hard work and creativity make our economy one of the most resilient and diverse in the country,” Walz said in a statement. “The case for sending money back to Minnesotans to help with rising costs has never been stronger. Together, we have a golden opportunity to do that while also investing in our workforce, our schools, and our kids – all while lowering costs for our middle-class families, small businesses, and seniors.”

“What we don’t need is this Democrat-controlled government to create massive increases in government spending – guaranteeing higher taxes for Minnesota’s families and businesses,” Johnson said in a statement. “The last time Democrats had single-party control, we saw a plethora of new government programs requiring billions in permanent tax and fee increases. We simply can’t afford to see government grow faster than our paychecks. Senate Republicans are committed to fighting for the pocketbooks of Minnesotans across the state.”

The forecast provides a snapshot of the state’s financial health. Lawmakers will get a chance to spend the funds in the 2023 legislative session, scheduled to begin Jan. 3 and end by May 22.

Democratic lawmakers seized a political trifecta in the last election, taking the House, Senate, and governorship.

Scott McClallen is a staff writer covering Michigan and Minnesota for The Center Square. A graduate of Hillsdale College, his work has appeared on Forbes.com and FEE.org. Previously, he worked as a financial analyst at Pepsi.
Photo “Minnesota Capitol” by Lectrician2. CC BY-SA 4.0.