DeSantis’ Office: No ‘U-Turns’ on Decision to Strip Disney of Special Status 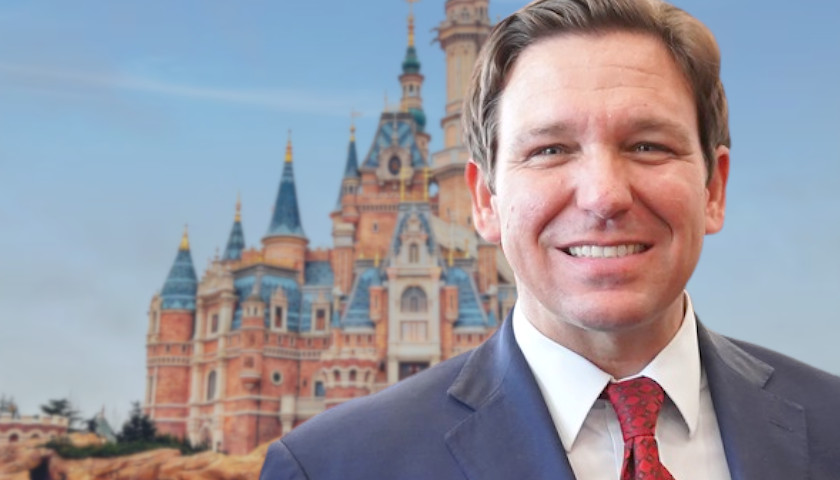 Florida Gov. Ron DeSantis has no plans to back down against corporate behemoth Walt Disney Co. after speculation that laws put in place in April to dissolve the company’s self-governing power were going to be scaled back.

In March, then Disney CEO Bob Chapek publicly opposed House Bill (HB) 1557, the “Parental Rights in Education Act,” which was designed to restrict the teaching of gender identity and sexual orientation in public schools from kindergarten through to third grade. The bill quickly became known in the media as the “Don’t Say Gay” bill.

Chapek told Florida Disney employees that, “It is clear that this is not just an issue about a bill in Florida, but instead yet another challenge to basic human rights. You needed me to be a stronger ally in the fight for equal rights, and I let you down. I am sorry. We need to use our influence to promote that good by telling inclusive stories, but also by standing up for the rights of all.”

As a result of Chapek’s comments, DeSantis instructed Florida lawmakers to add two punitive measures against Disney that would undo the company’s decades-long autonomy during a special legislative session.

The Walt Disney Co. has been part of the Reedy Creek Improvement District since its creation in 1967, which allowed the company to essentially self-govern 38.5 miles of Florida across the two counties of Osceola and Orange. The district, which is home to Florida’s Disney World, has authority over the use of the land, including its own police and fire departments.

According to a report from Financial Times and Reuters, “The [Florida] state lawmakers are working on a compromise that would allow Disney to keep the arrangement largely in place with a few modifications,” supposedly since the return of ex-Disney CEO Bob Iger.

Iger recently told Disney employees that he was “sorry to see us dragged in that battle,” however, according to DeSantis’ team, the reports of the governor wanting to scale back laws to benefit Disney are untrue.

Gov. Ron DeSantis’ press secretary, Bryan Griffin, told The Center Square that there has been no turning back, and that businesses in Florida will benefit from Disney losing its privileges.

“Governor DeSantis does not make ‘U-turns.’ The governor was right to champion removing the extraordinary benefit given to one company through the Reedy Creek Improvement District,” Griffin said. “We will have an even playing field for businesses in Florida, and the state certainly owes no special favors to one company. Disney’s debts will not fall on the taxpayers of Florida. A plan is in the works and will be released soon.”

DeSantis previously told Fox News during an interview last week that Disney “brought this upon themselves. … All we did was stand up for what was right.

“And yes, they’re a big, powerful company, but you know what? We stand up for our folks and I don’t care what a Burbank-based California company says about our laws.” DeSantis added.

Disney did not respond to a request for comment.

Andrew Powell is a contributor to The Center Square.
Photo “Ron DeSantis” by Ron DeSantis.