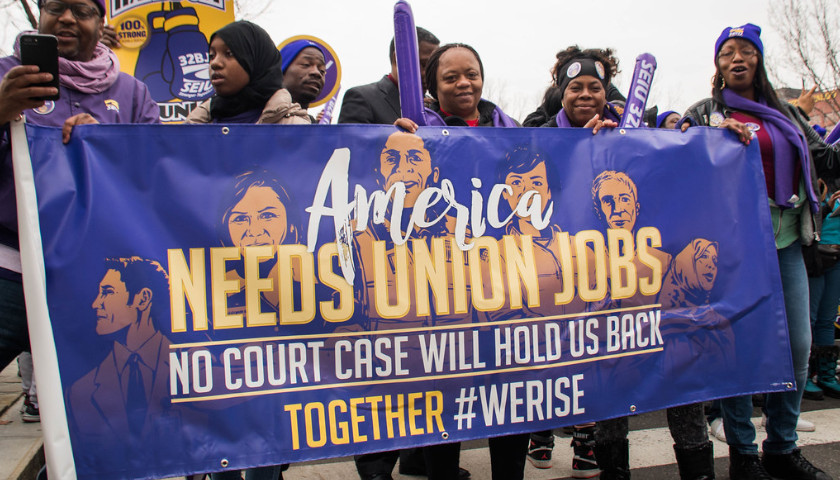 Come January, Democratic majorities in Lansing will try to repeal right-to-work – Republicans’ flagship policy adopted when they controlled the Legislature and governor’s office.

Next week will mark the 10th anniversary of Michigan passing its right-to-work law. In short, the law says that nobody can be required to pay dues or fees to a union to hold a job.

“Michigan’s economic recovery is fragile, and the last thing new leadership in the Legislature should do is make big sweeping changes to disrupt our progress,” Calley told The Center Square in a statement. “Inflation and the pending minimum wage changes have already created headwinds for small businesses and warning signs of recession are mounting. It will take bipartisanship and cooperation to get K-12 education back on track, fix infrastructure, and turn around Michigan’s population decline. Pursuing a deeply divisive agenda right away creates the risk of stalling progress on important work.”

The office of House Speaker-elect Joe Tate, D-Detroit, hasn’t responded to a request for comment. Democratic politicians are heavily backed by unions, including the Michigan Education Association and the United Auto Workers.

Steve Delie, the director of labor policy at the Mackinac Center for Public Policy, said that Michigan’s private sector union membership has dropped nearly 20% from 2012 through 2021, according to federal reports.

Delie cited a MCPP poll released Monday that found an overwhelming majority of Michigan residents across party lines approve of the state’s right-to-work law, including 54.5% of union households.

“If the incoming Michigan Legislature is looking at governing in a bipartisan way; in a way that supports what the people of Michigan really want, it would seem to be a mistake to go after right-to-work as a target for repeal,” Delie said in a phone interview.

In 2012, a ballot proposal tried to enshrine collective bargaining agreements into the state constitution. Michigan voters rejected it on a vote of 57% to 42%, according to Ballotpedia. After that, Michigan Republicans enacted right-to-work.

In 2021, union members accounted for 13.3 percent of wage and salary workers in Michigan, compared with 15.2 percent in 2020, the U.S. Bureau of Labor Statistics reported. Michigan’s public and private union membership peaked at an average of 26% in 1989.

Scott McClallen is a staff writer covering Michigan and Minnesota for The Center Square. A graduate of Hillsdale College, his work has appeared on Forbes.com and FEE.org. Previously, he worked as a financial analyst at Pepsi.
Photo “Protest” by Joe Piette. CC BY-NC-SA 2.0.