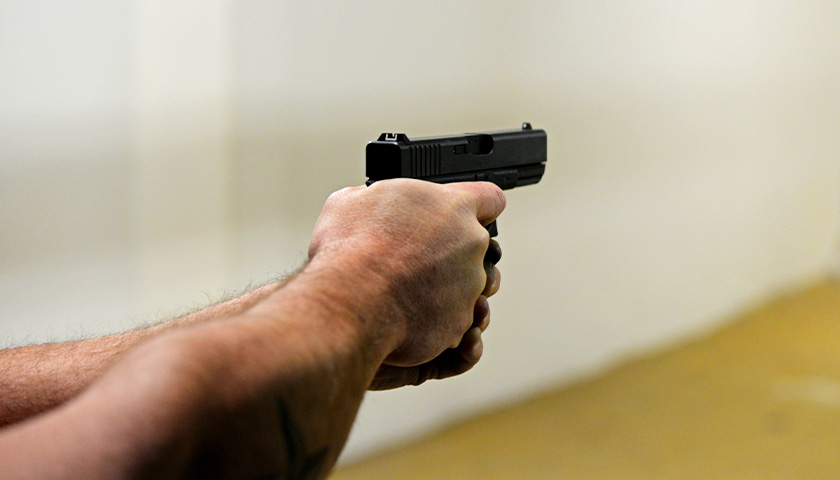 If you only read the New York Times editorials, you’d believe that political violence in America is a “right-wing” problem. The Times has been warning of violence from the right for years, but on Nov. 19 and 26, they wrote two long editorials making these claims. The violence stems from the lies “enthusiastically spread” by Republican politicians. Democrats’ only complicity was their $53 million in spending on “far-right fringe candidates in the primaries.” The fringe candidates, it was hoped, would be easier to beat in the general election.

Both editorials mention the mass murderer in Buffalo, New York, as a political right-winger. But they have been doing that all year. In May, the Times claimed he was of the right because he was racist and listened to a video on a “site known for hosting right-wing extremism.” The headline in the Times announced: “Replacement theory, espoused by the suspect in the Buffalo massacre, has been embraced by some right-wing politicians and commentators.”

You wouldn’t know it from reading the Times, but the Buffalo killer was yet another mass murderer motivated by environmentalism.

In his manifesto, the Buffalo mass murderer self-identifies as an “eco-fascist national socialist” and a member of the “mild-moderate authoritarian left.” He expresses concern that minority immigrants have too many children and will damage the environment. “The invaders are the ones overpopulating the world,” he writes. “Kill the invaders, kill the overpopulation and by doing so save the environment.”

The murderer argues that capitalists are destroying the environment, and are at the root of much of the problem. “The trade of goods is to be discouraged at all costs,” he insists.

Overpopulation and the environment are hardly signature conservative issues. It’s certainly not something you’ll hear Donald Trump talk about at his rallies. And while some Republicans believe in limiting international trade, it’s certainly not for environmental reasons.

The Buffalo murderer’s manifesto has word-for-word similarities to those of the mass shooters in 2019 at a New Zealand mosque and at an El Paso Walmart.

But the New York Times has consistently referred to the New Zealand mosque attacker as “far-right,” and tried to link the murderer to President Donald Trump’s supposedly racist language. The Times describes the El Paso murderer as having “echoed the incendiary words of conservative media stars” who have spoken out against illegal immigration.

But conservatives don’t usually declare that “conservatism is dead” and that “global capitalist markets are the enemy of racial autonomists.” Nor do they call themselves “eco-fascist” and profess that, “The nation with the closest political and social values to my own is the People’s Republic of China.”

The El Paso murderer had the same sentiments. “The decimation of the environment is creating a massive burden for future generations … The next logical step is to decrease the number of people in America using resources. If we can get rid of enough people, then our way of life can become more sustainable.”

All three of these deranged killers made minorities their principal target. But they’ve done so out of a crazy environmentalist determination to reduce the human population by whatever means necessary.

The news media and politicians who constantly warn about the world’s imminent end can’t bring themselves to acknowledge the environmentalist connection, even though climate activists time and again agree that overpopulation is part of the problem. “It does lead, I think, young people to have a legitimate question: Is it okay to still have children?” said Rep. Alexandria Ocasio-Cortez in 2019. She also warned that the “‘world will end in 12 years if we don’t address climate change.”

Similarly, President Biden fans the flames of alarmism when he claims that “climate change poses an existential threat to our lives … this is code red.”

Of the 82 mass public shootings from January 1998 to May 2021, 9% have known or alleged ties to white supremacists, neo-Nazis, or anti-immigrant views. But many of those, such as the Buffalo murderer, are environmentalist authoritarians.

The New York Times, like the Washington Post and other news outlets, is intent on construing any racist as a conservative, right-winger. But they aren’t. And if there’s any ideological cause that really is sparking violence, it’s environmental extremism.

John R. Lott Jr. is a contributor to RealClearInvestigations, focusing on voting and gun rights. His articles have appeared in publications such as the Wall Street Journal, New York Times, Los Angeles Times, New York Post, USA Today, and Chicago Tribune. Lott is an economist who has held research and/or teaching positions at the University of Chicago, Yale University, Stanford, UCLA, Wharton, and Rice.
Photo “Man Pointing Gun” by Byron Sullivan.