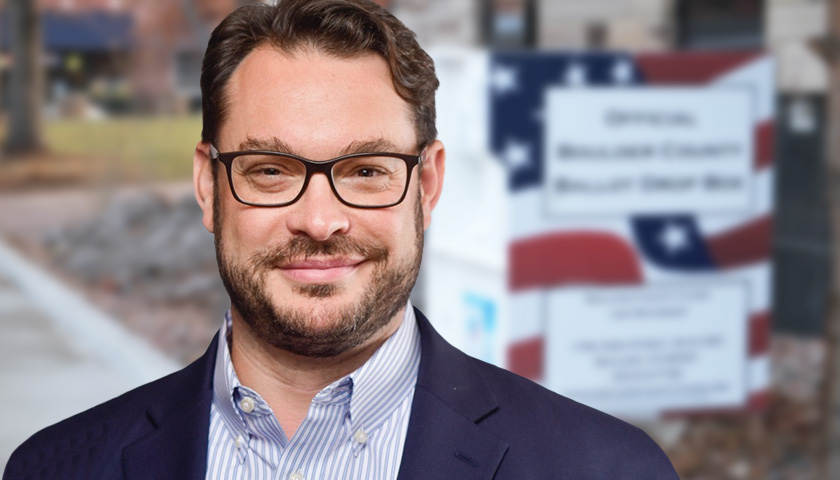 Pennsylvania just completed its third year of no-excuse mail-in voting, with Democrats scoring major victories in statewide and legislative offices. According to a political strategist from the state’s southeast, one factor affecting the Democrats’ 2022 success was its engagement in a legal form of “ballot harvesting” in the suburbs west of Philadelphia.

Athan Koutsiouroumbas, a managing director of the Harrisburg-based consultancy Long Nyquist and Associates, refers in a Monday commentary for RealClearPennsylvania to Democrats’ efforts to encourage mail-in voting in Delaware County. He called the effort a “completely legal ballot-harvesting juggernaut.”

Discussions of ballot harvesting often concern a practice — illegal in most states including Pennsylvania — wherein an individual will collect absentee ballots from multiple voters and deposit them at a dropbox designated for ballot collection. Republicans have compiled evidence of this kind of vote harvesting in such counties as Montgomery, Philadelphia and Lackawanna.

Koutsioiuroumbas did not suggest Republicans embrace these tactics but instead look to their rivals’ approach in Delaware County where candidates and their helpers made mail-in ballot applications available to sympathetic voters as the campaigns went door to door during the summer. Delaware was unique among Pennsylvania counties for the number of absentee ballots residents would request — sometimes as many as 500 in a day — from June through Labor Day.

These canvassers promoted voting by mail with the understanding that 85 percent of applicants would follow through in the fall by sending in their ballots. And Delaware County Democrats aggressively targeted text messages, digital advertisements and robocalls to those prospective mail-in voters.

One thing is certain: Democrats in that local have made much headway lately. Less than a decade ago, Republicans represented most of Delaware County in the state House and state Senate. They also held every county row office and performed reasonably well in the county in statewide races.

With about 250,000 voters who cast ballots in the 2022 election, Delaware County made a palpable impact on Pennsylvania as a whole. But Koutsiouroumbas believes a serious Republican attempt to emulate Democrats’ campaign work on absentee voting could regain much of the ground that the GOP has lost in recent years both in the Philadelphia suburbs and across the state.

He points out that, before mail-in voting became a universal right in the Keystone State, Republicans performed much better at it than Democrats did because of they worked strenuously to reach those voters. He also notes that Republicans waged energetic absentee-voting campaigns in Florida this year and ended up with impressive results.

“Pennsylvania Republicans know how to do this,” Koutsiouroumbas wrote. “By getting back to basics, Republicans will start winning again.”

If they do so, one hurdle they will need to overcome is the reticence many of them have toward mail-in voting — a means of electoral participation some conservatives criticize as especially vulnerable to fraud and other problems. Hans von Spakovsky, an election-law expert at the D.C.-based Heritage Foundation, penned an opinion piece for The American Spectator this weekend suggesting that Republicans resist encouraging absentee voting and push for its abolition except in cases when someone cannot vote in person for reasons related to health or travel.

“Mail-in or absentee ballots are the ones most susceptible to being stolen, altered, and forged, and to having the voters be pressured or coerced when voting, because they are the only type of ballots marked in an unsupervised, unobserved setting,” Von Spakovsky wrote.

In Pennsylvania, at least, Republicans have no near-term path to restricting the use of absentee ballots inasmuch as Democrats control the Pennsylvania Supreme Court, the state House and the governor’s office. And even in states with a preponderance of Republican policymakers, little effort is being made to end mail-in voting.

In that light, even such a stalwart conservative as New Criterion editor Roger Kimball is urging Republicans to “figure out” mail-in voting. In the U.S. edition of the London Spectator, Kimball makes clear he is no fan of the process but is nonetheless resigned to the idea that Republicans must master it if they want to stay competitive.

“I raised the idea of outlawing mail-in voting with a canny friend,” he wrote. “‘The Dems would never allow it,’ he said, comparing the practice to nuclear weapons. Once they exist, it is impossible to get rid of them. Maybe so, in which case it behooves Republicans to become experts in organizing and deploying mail-in voting for their own candidates.”