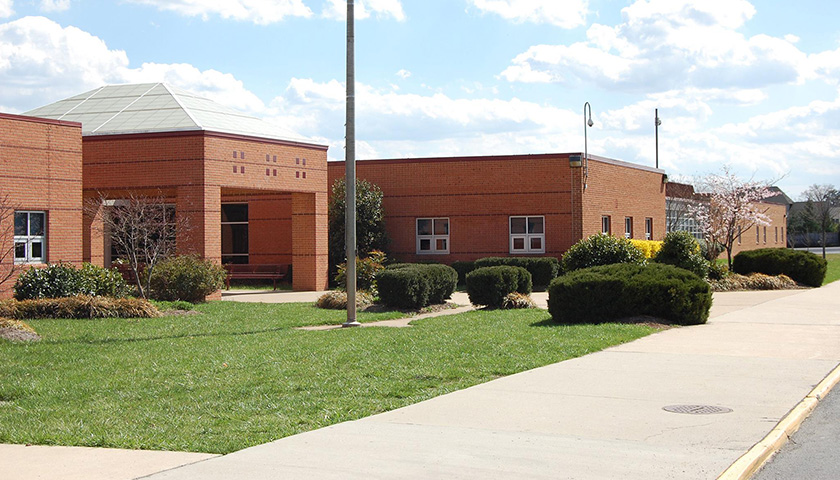 A final report on the grand jury investigation into the Loudoun County Public School district’s handling of two sexual assaults on campuses says senior LCPS administration “were looking out for their own interests instead of the best interests of LCPS,” kept school board (LCSB) members in the dark about critical facts, and also described breakdowns in communication between LCPS, the Sheriff’s Office (LCSO), and the Commonwealth’s attorney’s office that contributed to a failure to prevent the second assault.

“There were several decision points for senior LCPS administrators, up to and including the superintendent, to be transparent and step in and alter the sequence of events leading up to the October 6, 2021 BRHS [Broad Run High School] sexual assault. They failed at every juncture,” the report states. “We concluded there was not a coordinated cover-up between LCPS administrators and members of the LCSB. Indeed, except for the May, 28, 2021 email from the superintendent, the LCSB, both as a body and its individual members, were deliberately deprived of information regarding these incidents until after the October 6, 2021 sexual assault — and even then they learned not from the superintendent’s office but instead from public reporting that the assailant was the same one from the May 28 incident.”

The report details the chronology of the assaults, including a teacher’s assistant’s warning to her bosses about the student’s behavior 16 days before he committed the first assault. After the assault on May 28, then-Superintendent Eric Williams sent an email to the LCSB telling them about the assault, but at a June LCSB meeting, the superintendent told the board, “[…] to my knowledge we don’t have any records of assaults occurring in our restrooms.”

“We believe this statement was a lie,” the grand jury report states.

In June, Scott Ziegler became superintendent after Williams’ departure, which had been planned since 2020.

According to the report, the assailant was arrested for the May 28 assault at the beginning of July was released at the end of the month and was transferred to BRHS.

In September, both the school’s principal and senior district administration were notified of  an incident where the student made inappropriate sexual comments to a female student and grabbed her shoulder. The BRHS principal, district administration, Commonwealth’s attorney’s office, and the student’s probation officer were notified of the incident, with the Sheriff’s Office learning of the incident a week later.

“Not a single person with knowledge of the student’s history or of this current action stepped in to do anything. Instead, discipline was left to the BRHS principal, who did nothing more than issue him a verbal reprimand,” the report states.

After the October 6 assault, the student was arrested and has remained in custody since then. An LCPS email to the board notified them of the assault, but didn’t tell the LCSB that the assailant was the one who committed the May assault. Two days later, Daily Wire reporter Luke Rosiak emailed the school’s public information officer (PIO) saying he was planning to report that the assailant was the same in both assaults. The PIO notified the administration, but not the school board, and school board members told the grand jury that they first learned of the connection from the press, not LCPS administration.

Amid public fallout, the school board commissioned an independent review, but were only given half an hour to review the report, which was never published publicly.

“Few, if any senior LCPS officials had any interest in what the independent review concluded,” the grand jury report said.

“We attribute this lack of curiosity and attachment to staying in their silos to a culture of fear permeating LCPS — a culture where anybody speaking up or daring to step out of place faces some type of reprimand,” the report states.

Governor Glenn Youngkin was elected in November 2021, and after he took office, one of his first actions was to order Attorney General Jason Miyares “to initiate and coordinate investigative and prosecutorial efforts and to take such actions as he may deem appropriate in order to protect the citizens of the Commonwealth and hold accountable any individuals who have violated existing law or violated the rights of  victims of crime.”

Miyares announced the grand jury in April. The report says LCSB and LCPS officials had the same legal counsel, which was uncooperative with the investigation. The report includes eight recommendations focused on increased transparency, fixing the district’s transfer process, more involvement from the LCPS director of safety, and better monitoring of school-issued technology. Additionally, the school board should limit how much information is hidden through attorney-client privilege. The report calls for better communication and cooperation across agencies, better support for faculty and staff who are concerned about potentially dangerous issues, and that school board decisions to not re-hire teachers should be on the normal agenda.

“Although LCPS has taken positive steps forward resulting from the sexual assaults last year, such as increasing resources for Title IX compliance and updating policy 8220 (student disciplinary consequences) throughout this investigation we have learned LCPS as an organization tends to avoid managing difficult situations by not addressing them fully. Whether intended or not, this practice conveys to the public a sense of apathy,” the grand jury concluded, calling for stronger leadership.
Reaction
Miyares’ office published the report Monday, but declined to comment on if any prosecutions or further actions would be taken. His press release did note that the grand jury has not been discharged.
“I encourage every Virginian to read the special grand jury report because it is apparent that the Loudoun County School Board failed to provide proper oversight, accountability, and transparency on the superintendent and their staff precisely at a time when victims needed them the most,” Miyares said in a video statement.
Fight for Schools PAC, a conservative organization that tried to recall some school board members, called for the LCSB to fire administration.
“The board needs to terminate Superintendent Scott Ziegler immediately, as well as any other members of the staff whose reckless indifference was highlighted in this report. If the board fails to do so, we re-iterate our call for the Virginia Board of Education to remove him pursuant to its statutory authority,” Fight for Schools Executive Director Ian Prior said in a press release.
Loudoun4All, which has publicly defended the school board against some conservative attacks over sensitivity training and transgender policy, noted that LCSB wasn’t part of a coverup, highlighted the communication problems across agencies, and agreed with the report in calling for better communication and transparency at the school.
“L4A remains concerned about the rate of sexual assaults in LCPS and in schools around the country. A 2020 survey by current students and alumni at Woodgrove High School revealed that 338 individuals bravely shared their experiences with sexual violence in LCPS ( http://www.bebetterwoodgrove.com). In light of these deeply troubling findings and other known incidents of assault, we strongly advocate that LCPS propose a plan for greater transparency and specific protocols related to future cases of this nature,” the organization said in a release.
LCPS Public Information Officer Wayde Byard provided a statement from LCSB Chair Jeff Morse and Vice Chair Ian Serotkin:
“In spite of the recent allegations leveled against Loudoun County School Board (LCSB) members and Loudoun County Public Schools (LCPS) employees over the past several months, we are pleased that the Special Grand Jury’s extensive investigation found no evidence of criminal conduct on the part of anyone within LCPS, and not a single indictment was filed as a result of this lengthy process.
“In a news release on January 15, 2022, Attorney General Miyares alleged that LCPS “covered up a sexual assault on school grounds for political gain.” To the best of our knowledge, this allegation was not true, and, after conducting an eight-month investigative process, during which it had the ability to interview any LCPS employee, Board member, and any other individuals beyond the LCPS community it deemed relevant, and during which it had access to virtually any LCPS record that was not otherwise legally privileged, the Special Grand Jury neither cited any evidence to support this serious allegation nor made any such conclusion in its Report. To the contrary, the Grand Jury’s report stated, “We conclude there was not a coordinated cover-up between LCPS administrators and members of the LCSB.”
This broad use of the special grand jury investigative process did, however, yield a Report that contains several criticisms of LCPS employees and processes within the Division that are quite serious. We are placing this on our next Board agenda for immediate discussion to reflect on these recommendations and take action as determined by the full Board.”