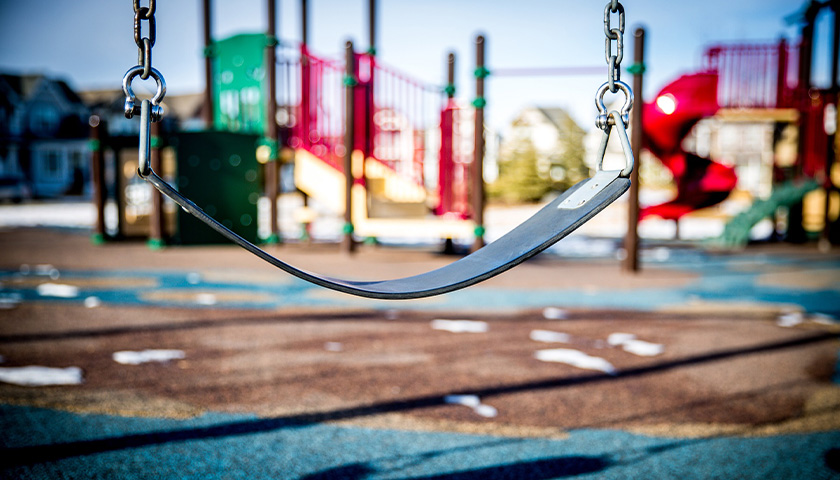 The Goldwater Institute (GI) and Pacific Legal Foundation (PLF) filed their opening brief Wednesday in the case involving Tucson Mother Sarra L., who allegedly had her right to due process violated by the Arizona Department of Child Services (DCS).

“It’s shocking that Arizona bureaucrats are empowered to put a mother’s name on the state’s ‘do not hire’ list [Arizona Central Registry]—labeling her a child abuser, for as long as 25 years—without going through an actual court process, and under rules that courts in several other states have already declared unconstitutional,” said GI Vice President for Legal Affairs Timothy Sandefur in a statement shared with The Arizona Sun Times.

As reported by The Sun Times, Sarra’s ordeal began in November 2020 when she needed to buy groceries and left her seven-year-old son and his five-year-old friend off at a nearby park due to COVID restrictions.

When Sarra returned, Tucson police were with the boys and charged her with child endangerment. The DCS recommended her name be added to the Arizona Central Registry for 25 years. Sarra demanded a trial, which took place in March 2022 before an Administrative Law Judge (ALJ) employed by the Office of Administrative Hearings (OAH), who found Sarra to be a neglectful parent based on “probable cause” and ordered she be added to the registry.

Joe Setyon, Communications Manager for the GI, told The Sun Times Sarra’s name was placed in the directory six days after this judgment, which is faster than the DCS usually acts. Yet, in August, a judge agreed to keep Sarra’s name off the list until the case’s merits could be argued.

In yesterday’s brief, both firms presented their full argument on how the DCS violated Sarra’s rights to due process. They acknowledged that the DCS acted under Arizona law during its proceedings with Sarra, but those laws allow the agency to act as the “investigator, prosecutor, judge, jury, and executor,” which contradicts the Arizona and U.S. Constitution.

According to the brief, the federal and Arizona Due Process Clause requires at least the “preponderance of the evidence” standard of proof to make a judgment in a case like this. The firms pointed to Jamison v. State, a case where two nurses were in danger of being put in Missouri’s Central Registry based on probable cause of neglect. The judge found that the probable cause standard “does not require a fact finder to balance conflicting evidence” and “places the brunt of the risk of error, if not the entire risk of error, on the alleged perpetrator.” Therefore, the firms stated that using the probable cause standard to add Sarra’s name to the registry is unconstitutional.

Moreover, they say Sarra had the right to appear before a jury. Under the Arizona Constitution, “the right of jury trial as provided by this constitution shall remain inviolate.” The firms argue that having a jury trial ensures the parties are not forced to suffer from any potential bias a judge may have. They claim Sarra has the right to be heard before a jury and that her name should not be added to the registry without one.

Also, the OAH is not a court of records, which the firms argued is a problem. An OAH cannot convene a jury, which was already stated to be an issue.

Ultimately, the firms argue the court should conclude the DCS’s proceedings and laws that allowed it are unconstitutional and, therefore, order Sarra’s name not to be placed in the registry.

Setyon stated that the ball now falls in the DCS’s court, which can respond to the brief. He said oral arguments would likely begin early next year.

Neil Jones is a reporter for The Arizona Sun Times and The Star News Network. Follow Neil on Twitter. Email tips to [email protected].
Photo “Playground” by laterjay.