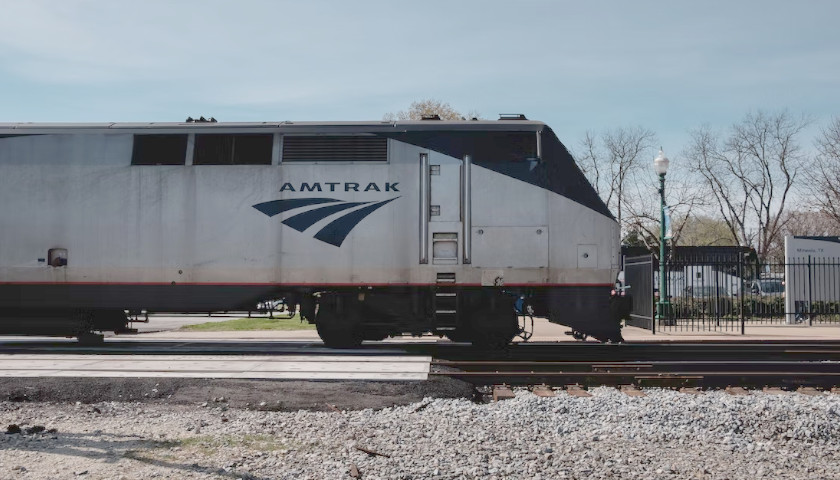 In a display of support of passenger rail service in Ohio, a bi-partisan alliance of Ohio mayors in partnership with several of Ohio’s regional planning agencies, have formally requested the Federal Railroad Administration (FRA) to include a list of Ohio rail lines in its Corridor Identification Program (CAP).

According to FRA, the CAP, established earlier this year, institutes a pipeline of projects ready for funding, allowing them to be implemented faster and with greater coordination. The Corridor ID Program is anticipated to help expand intercity passenger rail service beyond the Northeast Corridor.

“Americans deserve what people in many other countries currently benefit from: a world-class rail system that allows you to get where you need to go quickly and affordably while reducing traffic and pollution on our roads. In launching the Corridor Identification and Development Program, which was made possible thanks to President Biden’s Bipartisan Infrastructure Law, we are taking a major step to transform America’s passenger rail network and connect our smallest towns and our biggest cities with great train service,” U.S. Transportation Secretary Pete Buttigieg said.

President Joe Biden signed the Bipartisan Infrastructure Law on Nov. 15, 2021 – which made the largest investment in passenger rail since the creation of Amtrak, including $1.8 billion for the CAP. The law directed the Secretary of Transportation to establish CAP within 180 days, giving public entities a formal mechanism to partner with FRA to develop proposals to expand, enhance, or restore passenger rail service in their communities.

Amtrak first proposed a major expansion of service nationally and in Ohio in January of 2021 with its “Amtrak Connects Us” plan. But the list of corridors being sent to the FRA includes several additional routes not yet on Amtrak’s map.

U.S. House Minority Leader Kevin McCarthy (R-California) fought the legislation, as did former President Donald Trump. They encouraged Republican lawmakers to block the bill, insisting it was bad policy and inextricably linked to a larger Democratic social spending package, an initiative that has stalled in the Senate.

If Democrats “brought just an infrastructure bill by itself up, you would find, overwhelmingly, Republicans want to work with you and get one through. But what they want to do is restructure and transform America,” McCarthy said.

Representative Bob Latta (R-OH-05) voted no because only $110 billion would be for roads and bridges, and the plan would add almost $300 billion to the deficit over 10 years.

According to the FRA, regional planning commissions and cities are eligible to later apply for FRA grants to develop these corridors for actual passenger service. Typically, FRA grants require a 20% state match. Under the new Infrastructure Act, that match can include funding from regional planning agencies, city and county governments, and even private sector partners, as well as from the State of Ohio.

“We cannot think of a stronger show of support for passenger rail in Ohio. These are both big and small city Ohio Mayors and the state’s foremost transportation planning agencies telling Amtrak and the FRA they recognize the social, economic, and workforce benefits that a connected system of intercity passenger trains can bring the Buckeye State and the region around us,” All Aboard Ohio Executive Director Stu Nicholson said.

“We hope this not only prompts a more public display of support from the Governor’s office but also demonstrates to members of the Ohio General Assembly that there is broad and deep support for adding intercity passenger rail service to Ohio transportation portfolio. If Ohio wants to continue to grow its economy, expand existing business, new employers and jobs, and develop a larger, more mobile workforce we must this forward with faster, more frequent trains that connect with local transit options in our cities,” Nicholson said.

According to the U.S. Department of Transportation, in Ohio, there are 1,377 bridges and over 4,925 miles of highway in poor condition.

Fix Our Roads Ohio states that Ohio’s roads are deteriorating, and yet the government is allocating funding other places like railways.

“High-quality roads and bridges are critically important for Ohio’s future. But today, they are severely under-funded. Traffic congestion increases each year. More and more roads suffer from potholes and rutted pavement. Many of Ohio’s bridges are showing their age with structural deficiencies,” the website states.

Randal O’Toole, a Cato Institute fellow, said it makes no sense to invest in infrastructure the nation cannot afford to maintain.

“The main disadvantage of high‐​speed trains, is that they require a huge amount of infrastructure that must be built and maintained to extremely precise standards. Since the United States is struggling to maintain the infrastructure it already has particularly its urban rail transit systems and Amtrak’s Northeast Corridor, which together have more than $200 billion in maintenance backlogs it makes no sense to build more infrastructure that the nation won’t be able to afford to maintain,” O’Toole said.

According to O’Toole to generate new travel, a new transportation system must be faster, more convenient, and less expensive than existing systems. High-speed rail fails all these tests, being slower than flying, less convenient than driving, and more expensive than both.

“Far from boosting the economy, most countries that have built high‐​speed rail systems have gone heavily into debt to do so. Even if the first lines make economic sense, political pressures demand that the countries build more and more lines that are less and less sensible. Financing these lines requires huge amounts of debt that can significantly harm the national economies,” O’Toole said.

The corridors listed by the Metropolitan Planning Organization MPOs and Mayors for official inclusion in the FRA CAP include:

Columbus is the second-largest U.S. city without intercity rail, behind Phoenix.