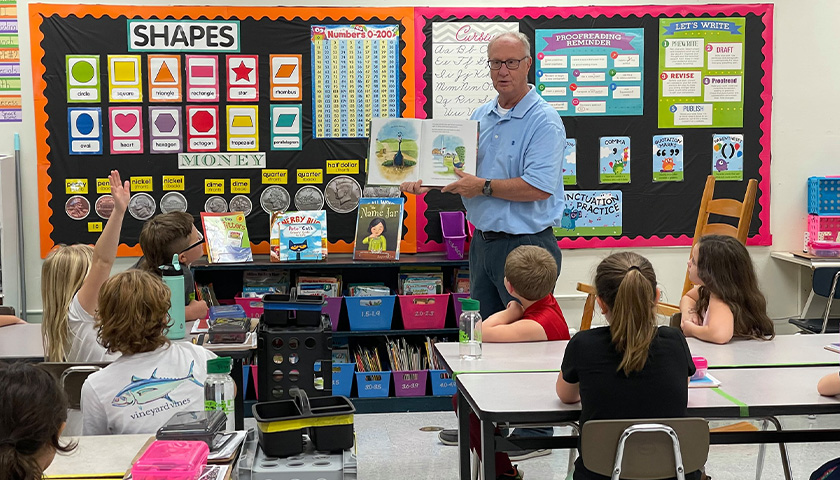 The Tennessee Department of Education (TDOE) released the 2021-22 State Report Card on Monday. The Report Card serves as an annual reflection of lawmakers’ desires to bring greater transparency into how Tennessee’s schools are serving students and families.

State Education Commissioner Penny Schwinn said in a statement about the report, “With the release of the State Report Card, Tennessee continues our firm commitment to providing families with clear, actionable information on how our districts and schools are serving students.”

She added, “The Report Card allows stakeholders to access years’ worth of meaningful data through an interactive, easy-to-navigate online platform, and now the latest data is available to help Tennesseans to explore and learn about their local schools and districts.”

By clicking on the Report Card website, parents can access a dashboard that provides information about their child’s schools and others in the district. The dashboard uses key indicators used by the state to understand school and district performance, including achievement, growth, attendance, English learners’ proficiency in English, graduation rate, and postsecondary readiness of students as a means of gauging school success.

Information about schools and districts, including student enrollment, contact information, staff information, school and district expenditures and funding, and longitudinal data on student performance over the past four years are also made available. To provide context, data on the state level is included for comparison.

What is not included in this year’s report card is a letter grade for each school, as mandated by a state law passed in 2016.

At the time of passage, the law was seen as essential to informing parents on the quality of education their children were receiving, as expressed by Brent Easley, then-state director for Students First Tennessee, a group advocating to expand school choice options to include private school vouchers. “This new law represents a great step forward in our state’s ongoing effort to give parents across Tennessee better access to clear and transparent data about their children’s schools.”

Originally slated to go into effect in 2018, legislators halted the process due to issues with the administration of state tests. The COVID pandemic created further barriers to implementation in subsequent years. A 2021 report from the Tennessee Comptrollers Office on the 2021 special session included a recap of the issues at play prior to this year.

While Schwinn told the Comptroller in 2021 that the TDOE intended to implement the grading scale for schools in 2022, in August 2022 she announced in a letter to state superintendents that, for the fifth year in a row, TDOE would fail to implement the policy. As a root cause, she cited uneven participation rates of students taking state tests under the Tennessee Comprehensive Assessment Program (TCAP).

Per the commissioner, almost a fourth of schools did not meet the Tennessee and national standard of 95 percent of their students participating in state testing in 2020-21. This resulted in her own words, “a data set that reflected disparate and inconsistent information across the state, which became clear as the department completed their accountability protocols.”

In a letter to the State Superintendents, Commissioner Schwinn wrote, “it is not possible to issue letter grades that fairly and transparently communicate the performance and progress of schools at this time.”

She followed up by reaffirming the Department’s commitment to providing accurate information to parents, writing, “This A-F letter grading accountability system should always reflect consistent and trustworthy information to families, and especially so in this inaugural year.”

It is unclear how the data included in the Report Card is more reliable, as it is largely the same data that would have been used to generate A-F grades. Furthermore, the same data was used to bestow, “Reward” and “Priority School” status for individual schools. The Tennessee Star has emailed a request for clarification to the TDOE, but as of yet, has not received a response.

In a phone conversation with The Star, House Education Committee Chair Scott Cepicky (R-Culleoka) said, “Other legislators are looking into ensuring that letter grades are included going forward. For my part, I feel that the data is valid and I encourage everyone to dig into it so that when the General Assembly reconvenes in January we are ready to do what’s necessary to continue to drive us toward the goal of being number 1 in education across the country. We’ve made gains this past year, but now is not the time to stand pat.”

In a recent budget hearing with Governor Lee, Commissioner Schwinn indicated that the TDOE planned to bring no new legislation forward to this year’s General Assembly. A sentiment that may not be shared by state lawmakers. The One Hundred Thirteenth General Assembly will convene at noon (CST) on Tuesday, January 10, 2023.

TC Weber is a reporter at The Tennessee Star and The Star News Network. He also writes the blog Dad Gone Wild. Follow TC on Twitter. Email tips to [email protected] He’s the proud parent of two public school children and the spouse of a public school teacher.
Photo “Teacher and Students” by Franklin County, TN School District.