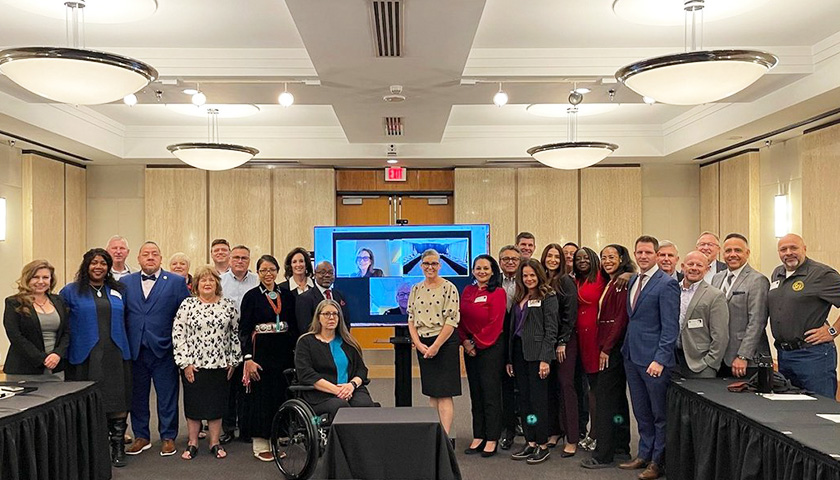 “Honored to be part of Governor-Elect Hobbs transition team. I look forward to working with such a diverse group of Arizona leaders,” tweeted Gallardo.

Honored to be part of Governor-Elect Hobbs transition team.  I look forward to working with such a diverse group of Arizona leaders. #MovingArizonaForward https://t.co/r5xG0W6g9F

On top of participating as a member of Hobbs’s transition team, Gallardo has stated he believes the results of the 2022 General Election are accurate. After Maricopa County announced it had finished counting the votes, Gallardo congratulated the apparent winners of all four major state races. On Monday, Maricopa County board members met to hear public comments and canvass the General Election. Gallardo said this would make the end of the election.

“Voters have spoken and ballots have been tabulated. The 2022 election is over,” tweeted Gallardo.

As reported by AZ Capitol Times, Monica Villalobos and Michael Haener join Gallardo on the transition team. Villalobos is the top executive of the Arizona Hispanic Center of Commerce, and Haener served as the deputy chief of staff under Arizona’s previous Democrat governor, Janet Napolitano.

“Their track record of leadership and commitment to public service are an asset to my team as we build an administration that reflects the diversity and needs of our great state,” Hobbs said regarding her team.

Moreover, Arizona Gov. Doug Ducey (R) has also committed to helping Hobbs’s transition into the office. As the Sun Times reported, Ducey said Hobbs would have his full administrative support so she could “hit the ground running” when January comes. Ducey’s commitment to honoring the results of the 2022 General Election as they are earned him some praise from prominent Democrat lawyer Marc Elias.

However, despite some Arizona officials accepting the results of this election, many Republicans still demand resolution to some issues seen on Election Day. In response to Gallardo saying the election is over, Merissa Hamilton of FreedomWorks asked what he would do about the voters denied an opportunity to vote.

“What about the voters that couldn’t vote because of the chaos you and your colleagues caused,” said Hamilton.

Abe Hamadeh, the Republican nominee for Attorney General, and the Republican National Committee filed a lawsuit against Arizona on November 22nd, arguing that a few hundred Arizonans may have been denied an opportunity to have their vote counted. The lawsuit claimed that some people who arrived at a voting center in Maricopa County ran into issues tabulating their vote with the on-site machines because of printer errors. These voters had the option to leave that voting center and try again. Yet, because of an alleged lack of training on the county’s part, some poll workers did not properly “check out” these voters, meaning the ballot they later cast at another location would not be counted. Hamadeh requested a winner not be declared in his race until these votes are properly counted.

Joining Hamadeh is Republican gubernatorial nominee Kari Lake, who filed her own public records lawsuit on Thursday. This suit aims to force the county to release documents related to voters who may have experienced issues while voting on Election Day. Lake said more legal action would soon follow.