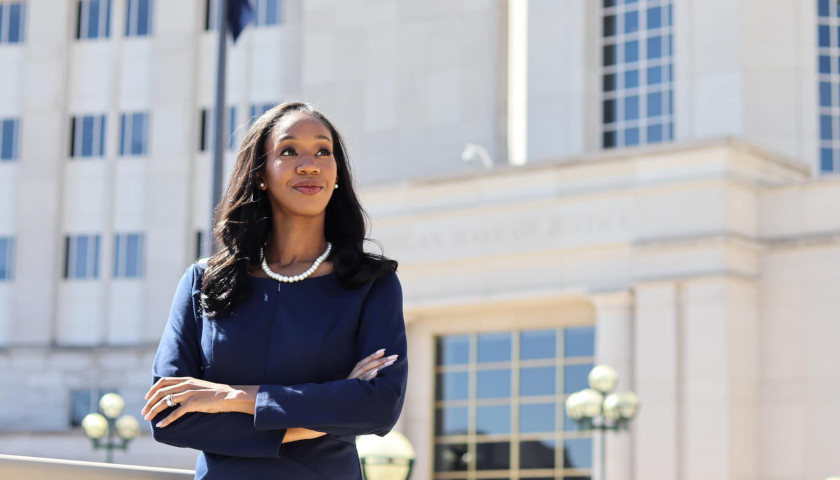 Gov. Gretchen Whitmer said she will appoint Kyra Harris Bolden to fill a seat on the Michigan Supreme Court, making her the first Black woman to serve on the state’s high court.

Justice Bridget McCormack resigned this year, leaving an open seat. Bolden, a current state Representative, was a Democratic pick for a seat on the Michigan Supreme Court during the Nov. 8 election but lost.

Bolden currently represents Michigan’s 35th House District. First elected in November 2018, Bolden was reelected to a second term in 2020. Bolden serves as the Assistant Democratic Leader and as a House Judiciary and Insurance Committees member. Her work has focused on criminal justice reform, including crafting and passing legislation to protect survivors of sexual violence.

“Ms. Bolden’s experience has been writing law in the legislature, far from the role of the court which is not to legislate from the bench,” Ventimiglia texted The Center Square. “But after the Democrat majority court ruled against her emergency orders, Gov. Whitmer is clearly seeking to remake the Michigan Supreme Court as a rubber stamp for her radical agenda with this overtly political nomination.”

During her political career, Bolden has passed bipartisan legislation into law, including the “Medically Frail” prison reform package, the revision of the Wrongful Imprisonment Compensation Act, and the “Address Confidentiality for Survivors of Domestic Violence” package. She is co-chair of the Legislative Attorney’s Caucus and chair of the House Democratic Caucus Diversity, Equity, and Including Committee.

Before her election to the House of Representatives, Bolden was a civil litigation attorney with Lewis & Munday, P.C. in Detroit. She also worked as a staff attorney for Judge John A. Murphy in the 3rd Circuit Court of Wayne County and as a court-appointed criminal defense attorney for the 46th District Court of Southfield.

Bolden received her Juris Doctor degree from the University of Detroit Mercy School of Law and a Bachelor of Science in Psychology from Grand Valley State University.

“I am incredibly honored to be chosen by Governor Whitmer for this appointment to the Michigan Supreme Court,” Bolden said in a statement. “I will ensure equal access to justice, apply the law without fear or favor, and treat all who come before our state’s highest court with dignity and respect. I also know that this moment – becoming the first Black woman to serve on the Michigan Supreme Court – would not be possible without leaders like Judges Shelia Johnson, Debra Nance, Deborah Thomas, Cynthia Stephens, and Denise Langford Morris.”

Bolden will serve a partial term expiring at noon on January 1, 2025. If she wants to complete McCormack’s full term concluding in 2029, she must run for reelection in November 2024.

Scott McClallen is a staff writer covering Michigan and Minnesota for The Center Square. A graduate of Hillsdale College, his work has appeared on Forbes.com and FEE.org. Previously, he worked as a financial analyst at Pepsi.
Photo “Kyra Bolden” by Kyra Bolden.