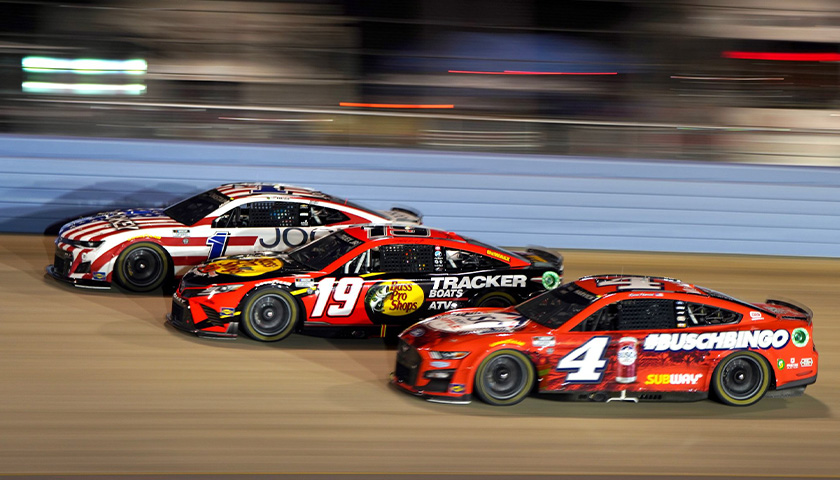 The Ohio Supreme Court ruled Tuesday morning that revenue earned by NASCAR from selling the rights to broadcast stock car races and merchandise to Ohio fans is not subject to state business taxes.

The court split 4-3 on whether the state should tax royalties NASCAR grants to banks, insurance companies, and manufacturers, including the maker of NASCAR-branded cups and fuzzy dice, as reported by Court News Ohio, a service of the Ohio Supreme Court.

In January, NASCAR Holdings Inc. argued in court that the Ohio business tax was illegal. According to the Ohio Department of Taxation, business tax is levied on nearly all businesses in the state with a gross income over $150,000 regardless of whether they are Ohio Residents.

This resulted in the Ohio Supreme Court due to the Ohio Tax Commissioner’s Office investigating NASCAR in 2011 for alleged business activity occurring in Ohio from July 1, 2005, through December 31st, 2010. The investigation found that NASCAR owed taxes on $186 million in Ohio revenue. The Ohio Board of Tax Appeals supported the Commissioner’s decision.

Media companies such as FOX bought the rights to broadcast NASCAR’s intellectual property in certain regions, including Ohio, the state argued in court. As NASCAR received money for the broadcast licenses, the tax commissioner argued that the revenue should be treated as gross receipts under state law and subject to the Commercial Activity Tax (CAT).

“NASCAR can avoid any further conflict with the Commissioner by specifically excluding Ohio from all of its licensing contracts,” the Tax Commissioners Attorneys said.

Court News Ohio reports, Republican Justice Pat DeWine, writing for the court majority, explained that the dispute focuses on a CAT provision that allows the state to tax “the right to use” NASCAR’s intellectual property in the state. He also noted, that NASCAR’s contracts granted rights to use both its trademarks and logos nationally and internationally. No contracts tied payments to NASCAR for the right to use its property specifically in Ohio. The revenue streams were not based on NASCAR’s Ohio intellectual property, DeWine wrote.

According to NASCAR, they conduct races at over 100 tracks in 39 states and Canada and broadcast races in over 150 countries.

The Ohio Supreme Court returned the case to the Ohio Board of Tax Appeals to determine what taxes, if any, NASCAR would be responsible for by hosting seven races in Ohio in a minor racing series held between 2005 and 2010.

Court News Ohio reported, Democratic Justices Melody Stewart, Michael P. Donelly, and Jennifer Brunner said that NASCAR’s licensing deals differing from its broadcast deals, allow the company to earn additional revenue from the sales made through the use of its trademarks. They said the state had the right to appraise and tax a portion of the sales made in Ohio.

The Ohio Chamber of Commerce supported NASCAR by filing an amicus brief saying the state is trying to use the CAT on a broadcast agreement signed outside of Ohio between NASCAR and FOX, neither of which is based in Ohio.

“The Ohio Chamber seeks a stable and predictable legal system which fosters a business climate where enterprise and Ohioans prosper. Many of the Ohio Chamber’s members are subject to Ohio’s CAT, and thus have an interest in the tax being applied in a way that is fair and predictable, without creating an undue compliance burden for business,” Ohio Chamber CEO Steve Stivers said.

Hannah Poling is a lead reporter at The Ohio Star and The Star News Network. Follow Hannah on Twitter @HannahPoling1. Email tips to [email protected]
Photo “NASCAR” by NASCAR.