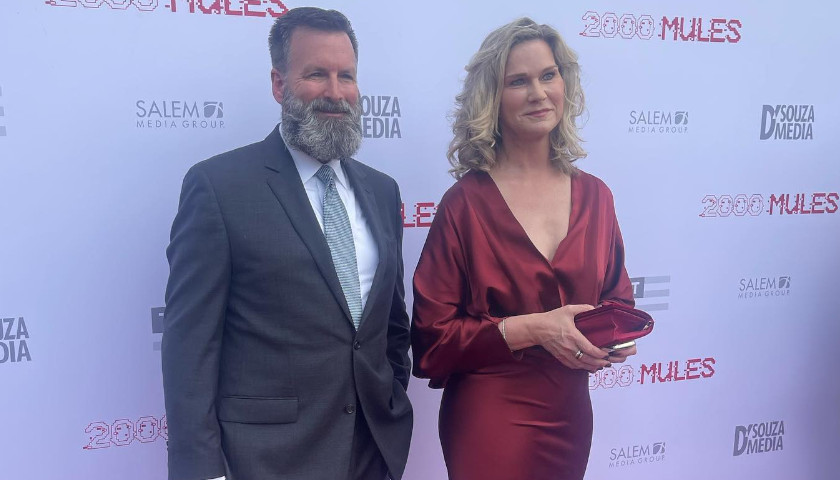 The Fifth Circuit Court of Appeals has ruled in favor of Texas-based True the Votes’ Catherine Engelbrecht and Gregg Phillips by vacating a contempt order filed against them by a district court.

“Catherine and Gregg offer their profound gratitude to the Fifth Circuit’s vindication and are committed more strongly than ever to defending the integrity of American elections,” according to a statement from True the Vote.

A court petition argued that the contempt order filed against the two was based temporary restraining order (TRO) that was incorrectly filed and had since been dissolved.

In September, Konnech, Inc., a Michigan-based company that provides poll workers with election equipment, filed a lawsuit against True the Vote for defamation and computer crimes. The company alleged that Engelbrecht and Phillips had attacked its founder, Eugene Yu, with racist rhetoric, calling him a “Chinese operative” trying to rig U.S. elections in the Communist Party’s favor. True the Vote was also charged with hacking Konnech’s computers.

Phillips publicly shared that his “guys” invited him to a Dallas hotel room in January 2021, where they showed him a database of poll worker information stored on a server in Wuhan, China. Konnech denied storing the information on any such server and claimed that True the Vote had access to hacked and stolen data.

Of note, Yu was arrested in mid-October on charges of illegally storing poll worker’s personnel information on Chinese servers, which would violate Konnech’s contract with LA County. This investigation in LA began after Phillips tipped off the district attorney’s office. However, the charges against Yu were dropped in November when the attorney’s office moved to dismiss the case, citing concern with “potential bias in the presentation and investigation of evidence.”

In the lawsuit, the district court granted Konnech’s request for a TRO against Engelbrecht and Phillips, with Texas Judge Kenneth Hoyte stating there was a “substantial likelihood” that Konnech would “suffer irreparable injury” without it. Included in that TRO was a demand that True the Vote identify the people involved in accessing Konnech’s data.

In October, the organization’s attorney, Brock Akers, told Hoyte the name of the “analyst” Philips had received the information from but no contact information. Konnech continued pressing the two, stating its belief that there were multiple informants because Phillips had previously used plural terms to describe his contacts. Engelbrecht and Phillips told the court their second person was a “confidential informant” with the FBI and would be in danger should their identity be released and refused to produce a name or information.

After not producing a name, Hoyte found the two in contempt of court, and they were briefly jailed beginning on October 31st. A week later, both were released from prison, and Engelbrecht said her resolve was “stronger than ever.”

According to the Fifth Circuit’s judgment, presented by Clerk Lyle Cayce, the issue at play was the TRO. Cayce said Konnech’s demand to know who had access to their systems is a reasonable request, but only after the discovery process. Cayce declared that the TRO was enforced before the discovery process and was therefore made disregarding the order of operations imposed by Federal Rules.

“It has long been settled that a party cannot be held in contempt for ‘disobeying an invalid order,'” according to Cayce.

The court ordered the case remanded to the district court to proceed consistent with federal rules.

Neil Jones is a reporter for The Arizona Sun Times and The Star News Network. Follow Neil on Twitter. Email tips to [email protected].
Photo “Catherine Engelbrecht and Gregg Phillips” by True the Vote.