Youngkin Responds to Trump Dig: ‘That’s Not the Way I Roll’ 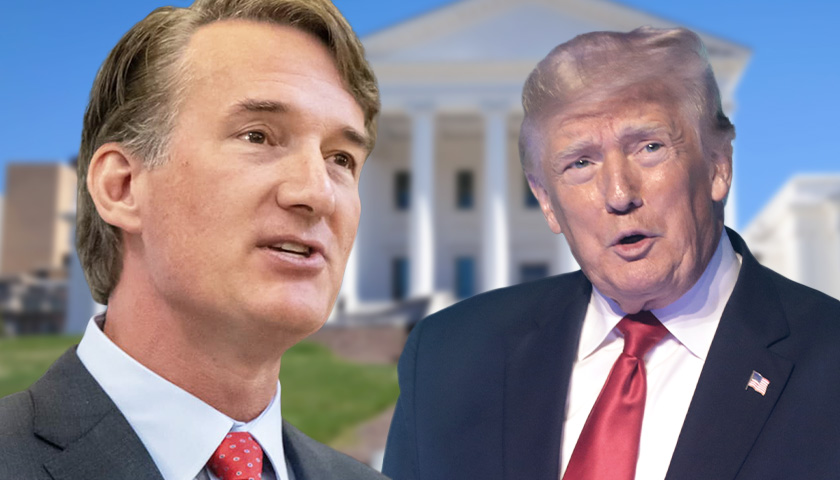 “Listen, you all know me,” Youngkin told reporters. “I do not call people names. I really work hard to bring people together … . That’s not the way I roll and not the way I behave.”

“Young Kin (now that’s an interesting take. Sounds Chinese, doesn’t it?) in Virginia couldn’t have won without me,” Trump posted on Truth Social. “I Endorsed him, did a very big Trump Rally for him telephonically, got MAGA to Vote for him – or he couldn’t have come close to winning.”

Trump also wrote: “But he knows that, and admits it. Besides, having a hard time with the Dems in Virginia – But he’ll get it done!”

Sears suggested that Trump leave GOP politics following the midterm election results, in which the GOP under-performed, with much of the criticism aimed at Trump and the quality of candidates he endorsed.