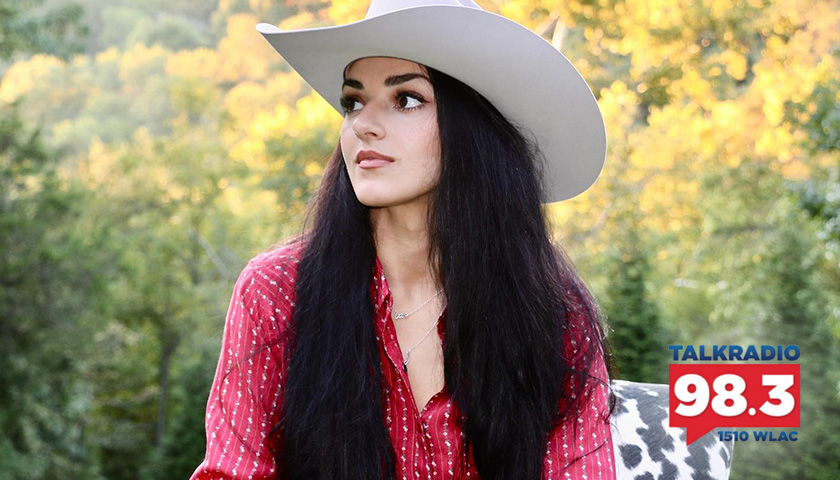 Leahy: Today, we are delighted to welcome to our microphones a great new entertainer, Alexis Wilkins, who came to Nashville from Arkansas and graduated from Belmont University and still emerged as a conservative. Welcome, Alexis, to The Tennessee Star Report.

Wilkins: Thank you. Thank you for having me.

Leahy: You have a very interesting story. Your high school graduation was from Faithful, Arkansas.

Leahy: And you spent time there. You’ve been interested in music for your whole life, right?

Leahy: And you have a new record coming out.

Wilkins: I do, yes, it’s out now. It’s called STAND, and we released it last week in honor of Veterans Day. And so it’s out now.

Leahy: So we’re going to play a little clip of your new song, STAND by Alexis Wilkins. Here it is. (STAND plays)

Leahy: Tell us about that song.

Wilkins: Oh, man. Stand is a special song, too.

Leahy: Did you write it? Who wrote it?

Wilkins: So I have never released anything that I haven’t written. The big thing for me, writing is a huge part of my story. However stand, I did not write. It was written by my friend J.T. Cooper and Shelby Lilo. And J.T., I can talk a little bit more about his story.

But he started an organization called Warrior Rounds, where we songwriters write with veterans and help tell their stories. And he’s just an incredible guy, an incredible dad. I call him my big brother.

And he wrote this song. He’s a veteran himself. He was in what we know as Black Hawk Down over in Somalia, and he came back and started writing music and really helps other people with it as well.

And so he wrote this from the perspective of someone who is not a veteran, who’s not a police officer, is not a first responder, but wants to stand and respect those who are.

Leahy: Now, you are a conservative.

Leahy: You went to Belmont. I know you survived Belmont.

Leahy: Which has gone left-wing lib these days. We have friends who are in faculty there, but they don’t have the same conservative perspective that we have. It was a struggle there. I think he had a lot of anti-conservative bias. Is that right?

Wilkins: It was interesting. It was definitely a heightened time to attend college. I know that all of it is a little bit interesting. I feel for those who are in it now, especially because I fear it’s gotten worse. But yes, when I went to college, it was the height of the election.

Leahy: So, your musical career. When did you start putting songs out? Do you do it independently? Do you have a label? What’s the deal on that?

Wilkins: I do it independently. Long story short is that I started writing when I was six. I read an article in Smithsonian magazine, and it was about the coal fires in Pennsylvania and read that they had run out of money for research, and I wanted to do something to help.

Leahy: So you wrote a song.

Leahy: Did you sing it at six?

Leahy: How did it do?

Leahy: And so you made some money on it?

Wilkins: I ended up planting some trees in the Atlantic rainforest. I set out to help people.

Leahy: You are a music veteran. That’s very good.