Musical Artist Gary Chapman Aka Johnny Bitcoin Talks About Homage to Paycheck, Take This Jab and Shove It 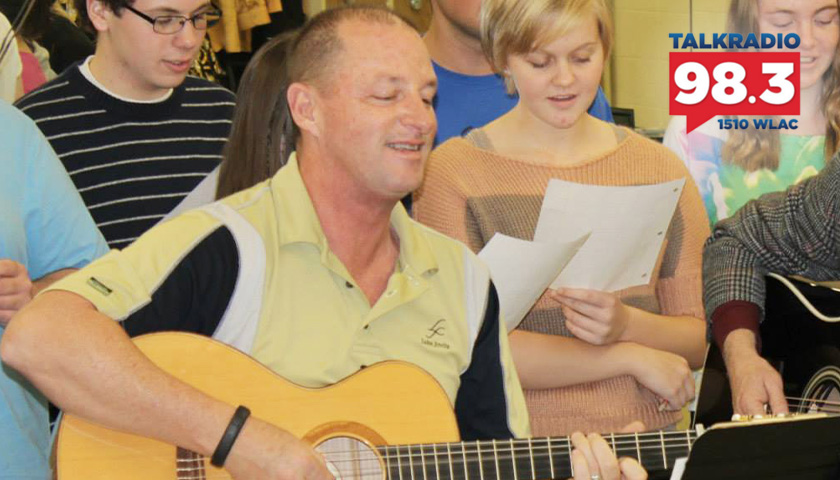 Leahy: In studio with us, Gary Chapman. Gary, now you know the rest of the story of how all this happened here. You played a big role in this because you influenced my wife and I’s decision to move to Nashville, Tennessee.

Chapman: You would think the tourism board would owe me a little cash.

Leahy: There you go. (Chapman chuckles) But you’ve probably heard a lot of that. Of all your songs, Tender Tennessee Christmas has probably got to be one of the biggest ones, right?

Chapman: It is. Historically. It’s just been recorded an awful lot of times. It’s pretty much in the culture, at least in this part of the world.

Carmichael: Every Christmas do sales bump up?

Leahy: And you get a check.

Chapman: Do you know Jason Crab, the singer? Incredible singer. He just cut it, oh, I think a couple of weeks ago. And I think he’s got it out as a single.

Leahy: And so every time somebody cuts it and you get a chunk of those sales, right?

Leahy: That’s a great way to live, isn’t it? To have created…

Chapman: It used to be.

Leahy: It used to be.

Carmichael: We were talking during the break about how the music business has changed over the years and how it’s changing now.

Leahy: We’re going to get to that. But before we get to that, Crom, Gary has a new song out.

Leahy: I’m smiling. (Laughter) So Gary, what inspired you to write Take This Jab and Shove It?

Chapman: I got a text one morning. It’s been a year ago. I cut this thing a year ago, and I’ve never had anything that I have done to get more pushback than this song.

Chapman: Oh, yeah. I was the enemy as far as the prevailing narrative was because I was saying, hang on a minute. I’ve had COVID and I’m okay. I’m not worried about it. And a lot of this seems like lies to me. And so a buddy of mine texted me the title. He texted me the title. I texted him back.

He said, listen, have you sent this to anybody else in this town? I know how this works, and anybody with half a brain can write this song. And he said, no. I said, well, then don’t. I wrote it that day, recorded it the next day, and did the video two days later.

Carmichael: So that’s you singing it also.

Chapman: That’s me under the name Johnny Bitcoin.

Chapman: Because the original Take This Job and Shove It was an old friend Johnny Paycheck, may he rest in peace.

Leahy: The late, great Johnny Paycheck. Wrote from a stucco bathtub, right until the end of his life. And you know what? He found the Lord, and he softened up and became the sweetest man. And so a little homage to him, I modernized his name to Bitcoin and did it under that name.

Leahy: So funny. And it did well, right?

Chapman: No, it got hammered. It got choked everywhere. Every social media, there’s been one radio station that played it. Michael Barry’s show played it.

Chapman: He is. And he played it and gave us a nice little shout-out. It’s just been an uphill battle. But the more that information is coming out, turns out maybe I wasn’t quite as crazy as it would have appeared. And, yeah, I think it’s turned into a little song that could.