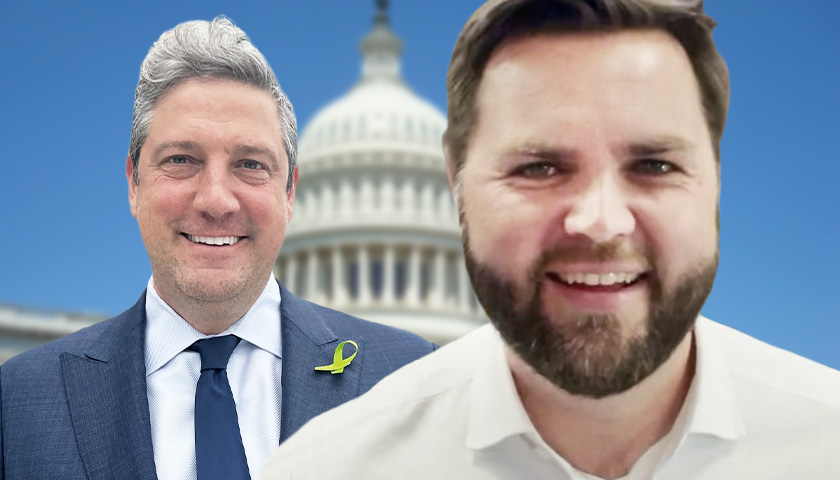 Vance led his Democratic rival, Rep. Tim Ryan by a 51%-43% margin, a significant jump from the previous month’s survey which showed Vance with 46% support to Ryan’s 45%, per The Hill. Just 4% of respondents were undecided in the November survey, and Vance’s lead increased to 9% when the survey asked them to choose.

Conducted from Oct. 30-Nov.1, the poll surveyed 1,000 very likely voters and has a margin of error of +/- 3%. Vance’s lead well surpasses that threshold, and election forecaster RealClearPolitics rates the race as “leans GOP.” Vance enjoys a 5-point advantage in the site’s unadjusted polling average.

Ryan and Vance clashed on the debate stage in late October, with each trying to tie the other to their respective party leader. Vance received the endorsement of former President Donald Trump. He endorsed the “Hillbilly Elegy” author despite Vance’s past criticisms, saying, “like some others, J.D. Vance may have said some not so great things about me in the past, but he gets it now, and I have seen that in spades.”

Following Trump’s endorsement, Vance emerged as the victor in a crowded Senate primary.

Ben Whedon is the night editor for the Just the News. He came to the company from Breitbart News and is a graduate of Washington and Lee University.
Photo “JD Vance” by JD Vance. Photo “Tim Ryan” by Congressman Tim Ryan. Background Photo “U.S. Capitol” by Andrew Van Huss. CC BY-SA 4.0.