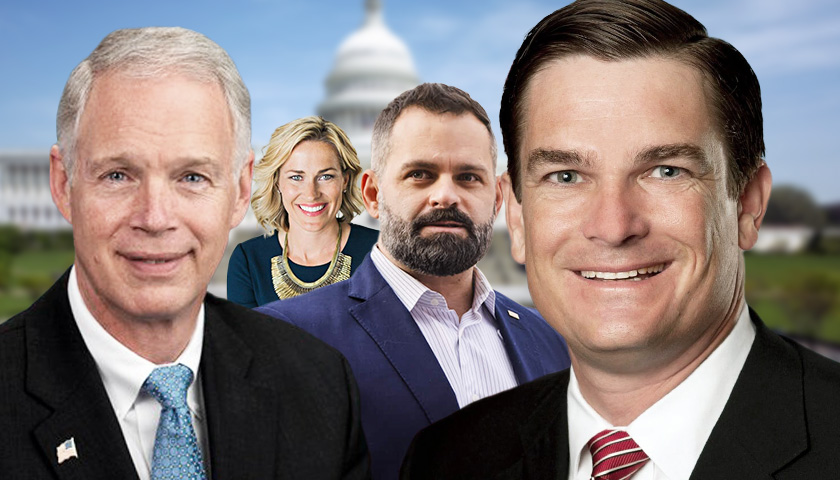 Buoyed by rising popularity in the polls, Republican candidates for Congress are acutely aware their easiest job right now may be winning the midterm elections and that the harder work will be delivering afterwards — with Democrat Joe Biden still in the White House — on voters’ high expectations for fixing inflation, crime, insecure borders, the fentanyl crisis and crippling budget deficits.

From longtime lawmakers to first-time candidates, Republicans sounded consistent themes during a frank conversation with Just the News about what voters expect if they put the GOP in control of one or both chambers of Congress.

They said using congressional budget purse strings to force the Biden administration to ramp up restrained energy production was the key to lowering inflated prices on everything from food to transportation.

“Diesel, the cost of diesel has a tremendous impact on inflation. It doesn’t have to be this way. You can do things that are good for the environment, and be energy independent at the same time.”

Sen. Ron Johnson (R-Wisc.), once considered one of the Senate’s must vulnerable incumbents but now holding a solid lead in Wisconsin, told the show that Americans also want to end the chaotic, undisciplined way Congress has funded the government and bloated deficits.

“One of the things I want to make sure that we can get congressional leadership in both houses to commit to is a return to regular order,” Johnson said on the special report. “And by that, I mean a budget process — pass a budget to actually guide an appropriation process.

“We can’t keep doing these CRs at the end of the fiscal year, kick the can down the road to before Christmas so we end up with a multithousand-page omnibus spending bill that’ll spend hundreds of billions — probably over a trillion — dollars, get a couple hours to consider it, and then vote up or down. This is not only dysfunctional, it’s corrupt.”

First-time House candidate Cory Mills, a military veteran leading the race for a Florida congressional seat, said budget discipline can also be leveraged to force Biden to build new energy capacity, secure the southern border, stop the flow of lethal fentanyl that is killing more than 100,000 young Americans each year and empower parents to root out radical ideology in America’s schools.

“We have to first start off by stopping the inflationary spending and stop the funding of these foreign wars with 80-plus billion dollars,” Mills said. “We need to take that same $80-plus billion to build two new refineries and get back to energy independence, increase our production, ban foreign purchase and ownership of our farmland, secure our borders and protect our schools.”

Politics isn’t “left vs. right” so much as “pro-America vs. Anti-America,” according to Mills.

“The policies that I’ve pushed, the policies that I continue to stay consistent on are not really a Republican or Democrat, they’re not conservative or socialist — they’re essentially an America vs. anti-America,” he explained. “We care about things like parental rights over school boards and teachers unions. We care about having strong, secure borders to protect Americans and to keep us safe. We care about economic prosperity.”

Tiffany Smiley, a Republican who has unexpectedly made the U.S. Senate race close in traditionally blue Washington state, said reversing Democratic demoralization, defunding and disempowerment of police was a key to reversing the rising crime wave in America that has infected cities like Seattle.

“I met with a lady just a couple of weeks ago who was walking to lunch in Seattle, violently assaulted just walking to lunch in the middle of the day,” she recounted. “After she fought off her attacker, she looked around, and someone said, ‘Well don’t call 911, because nothing will happen.’ So we have a lot of work to do.

“Number one, I think we have to stop this rhetoric — this defund the police rhetoric has been extremely harmful to Seattle and all over Washington state. So we need to back our police officers, our cops, ensure that we’re recruiting and retaining good police officers, and we need to secure our border. We’ve got to stop the flow of fentanyl from coming across our southern border, ensure that we keep Title 42 in place until we have a plan to secure it.”

Most of the ideas the candidates discussed on the special are encapsulated in the 150-point Commitment with America that House Republicans released this fall, as well as similar agenda documents released by high-profile Republicans like Sen. Rick Scott.

Jessica Anderson, executive director for Heritage Action for America, said the consistency that GOP candidates have maintained with messaging and positive policy solutions has been key to securing voter support heading into the midterms and that same discipline must be followed if the GOP is given control of Congress in January.

“There are seven big policy priorities that we have heard from voters that the grassroots cares the most about that we think create this mandate,” she said. “It’s tackling Big Tech. It’s empowering parents to make education choices. It’s securing the border and stopping illegal immigration. It’s making a China-resistant American economy. It’s tackling inflation, adding jobs, getting the debt and spending under control. It’s securing our elections. And then, finally, it’s protecting life.

“If elected officials can deliver on these seven things, we will turn this country around in a way that we could only dream of over the last 30 years,” she said.

Scott, the Georgia congressman, said taxpayers are weary of seeing record deficits and debt accumulation in Washington even when tax collections are at all-time highs, making the goal of a balanced budget fashionable again like it was in the 1990s when Republicans first took control of Congress after a half century.

“If we’ve got $4.9 trillion in tax revenue, then we should be aspiring to get a $4.9 trillion budget,” he said. “I’m not naïve enough to think that we can do it in the course of 12 months. But I’ll tell you, if you got record tax revenues, and you’ll get out of the way, and you pass some good energy policy so that you continue to get a little bit of growth, if we have growth, marginal growth, and reasonable cuts in spending, we can get this budget balanced. I don’t think it happens in 12 months, but I do think it can happen over the course of, you know, 3-5 years.”

John Solomon is an award-winning investigative journalist, author and digital media entrepreneur who serves as Chief Executive Officer and Editor in Chief of Just the News. Before founding Just the News, Solomon played key reporting and executive roles at some of America’s most important journalism institutions, such as The Associated Press, The Washington Post, The Washington Times, Newsweek, The Daily Beast and The Hill.

Reprinted with permission from Just the News.