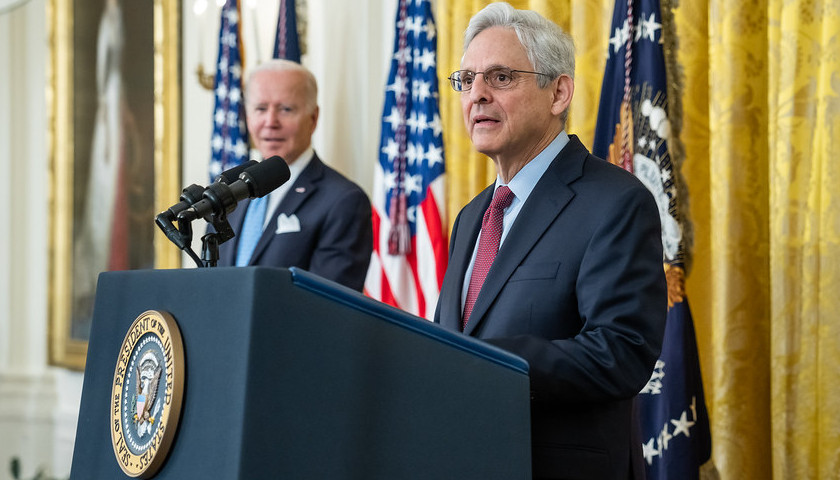 A group of Republican members of the U.S. House of Representatives sent a letter to Attorney General Merrick Garland urging him to look into a string of recent cyberattacks that have deliberately targeted pro-life and Christian websites, in clearly politically motivated attacks following the Supreme Court’s historic overturning of Roe v. Wade.

Fox News reports that the letter, signed by Republican members of the House Oversight Committee, calls on the Department of Justice (DOJ) to “investigate these attacks, which are likely unlawful and clearly intended to chill the right of our citizens to peacefully express their opinions on matters of public importance as well as donations to conservative or religious organizations.”

“Direct attacks against religious people deserve no place in our society and undermine the ability of citizens to express their viewpoints without fear of harmful retribution,” the letter continued. “Citizens in this country should be free to exercise their rights without fear of malicious cyberattacks.”

One recent attack saw far-left hackers steal a large cache of data from Christian groups that exposed the personal information of thousands of donors who supported pro-life causes in recent years; the deliberate leaking of personal information for the purpose of intimidation is a practice known as doxxing.

“Attorney General Garland’s Department of Justice has turned a blind eye to continued attacks on Christian and pro-life organizations to instead target its political opponents and those who oppose far-left ideology,” said Congressman Michael Cloud (R-Texas), one of the letter’s signatories. “Americans deserve equal justice under the law.”

After the Supreme Court overturned Roe in the case Dobbs v. Jackson Women’s Health Organization, which eliminated the federal “right” to an abortion and instead returned the issue to the individual states under the 10th Amendment, the left began ramping up its attacks on pro-life conservatives. Protesters continued to target the homes of the Supreme Court justices who voted in favor of overturning Roe, and a far-left domestic terrorist group known as “Jane’s Revenge” has taken credit for numerous acts of vandalism and destruction at pro-life facilities across the country.