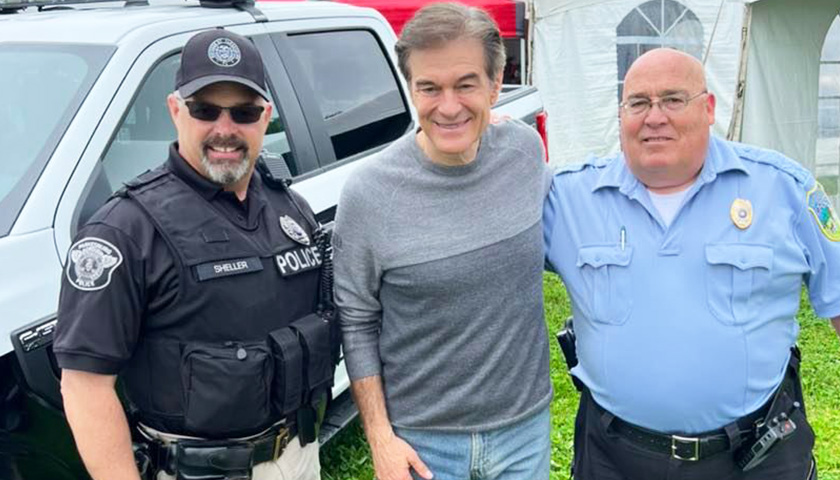 The Philadelphia Fraternal Order of Police has given its support to GOP nominee Dr. Mehmet Oz in the Pennsylvania Senate race.

Oz endorsement Monday marks a departure from years past in which a Philadelphia police union would almost automatically vote for a Democrat candidate.

However, in recent elections, as progressive Democrats like Fetterman began to call for more holistic approaches to crime-fighting and criminal justice, the union, more formally known as Philadelphia Fraternal Order of Police Lodge 5, has departed from the city’s traditionally Democrat-supporting unions, according to nbcphiladelphia.com.

Those approaches have including diverting money from – or calling for the “defunding” of – police departments.

Republicans candidates this election cycle have made voter concerns about increases in crime – particularly in Democrat-led cities – a major campaign plank.

We need to have Dr. Oz in this position to support our law enforcement,” said FOP President John McNesby, nbcphiladelphia.com also reports. “That’s the last thin line that the community has to be able to keep themselves safe.”