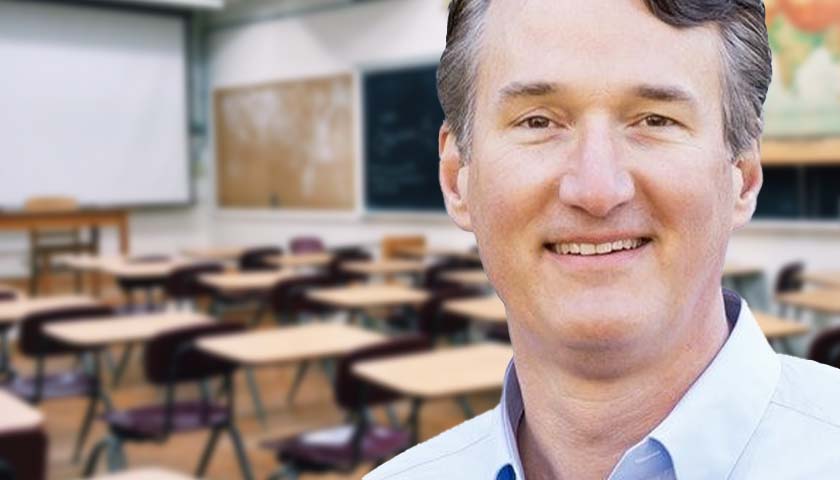 Governor Glenn Youngkin announced that he will donate his third-quarter salary to G3 Community Services, a nonprofit which provides coaching and mentoring in Stafford County public schools. The organization’s site says its mission is to “restore, inspire, and empower the family unit“.

“I love the mission,” Youngkin said at a Monday ceremony. “This mission about restoring and inspiring and empowering the family unit to improve lives and strengthen communities, a vision to inspire change through people – through people, this is how we in fact see great transformation, is when we work through people in our communities focusing on the mission rather than self.”

According to a press release, G3 is veteran-run and focuses on science, technology, arts, and math activities while also helping veterans who are transitioning from the military to the workplace. In the presentation, two high school students described their internships in the program, exploring three-dimensional modeling software, virtual reality, and learning the C# programming language.

“Another really important thing about this internship is getting that corporate experience: coming in, being in an office, reinforcing traits like respect, accountability, dependability; these are all traits that will help me in any career that I go after,” Mountain View student Logan Stumpf said.

During the primary race for governor, Youngkin’s ability to self-fund his campaign was a major point in his favor. He highlighted his financial success by donating to down-ballot candidates and, in April 2021, promising to donate his salary if elected.

“I will do the job of governor without accepting a salary because I want to continue giving back to the commonwealth and helping Virginians in every way I can,” Youngkin told The Washington Free Beacon.

Since he took office, Youngkin has held quarterly announcements of donations of his $175,000 salary, giving money to the Virginia Veterans Services Foundation and the Virginia Law Enforcement Assistance Program.

“The mission of G3 Community Services is to restore, inspire, and empower the family unit while focusing on mission rather than self. This organization exemplifies the heart and the Spirit of Virginia,” Youngkin said in a Monday press release. “I am pleased to donate this quarter’s salary to G3 Community Services to support their continued efforts to uplift families and localities across the Commonwealth.”

Eric Burk is a reporter at The Virginia Star and The Star News Network.  Email tips to [email protected].
Photo “Glenn Youngkin” by Glenn Youngkin. Background Photo “Classroom” by Wokandapix.