Number of Firearms Stolen This Year from Vehicles in Metro Nashville Will Soon Top 1,000 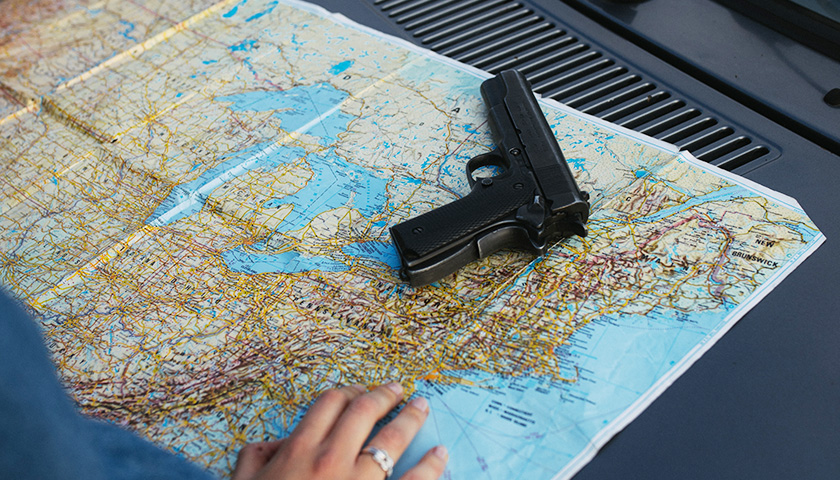 In a video posted by the MNPD, Chief of Police John Drake said, “It’s become a disturbing trend, and it needs to stop; guns being stolen from vehicles. Criminals are continuously checking door handles, ready to steal, and if guns are left visible, they will do whatever it takes to break in. It takes just seconds for someone to grab your gun and go. Stats from this year shows a tremendous increase in guns being stolen from vehicles.”

A startling but not surprising statistic: Nashville is about to exceed 1,000 guns (we're now at 998) stolen from cars and trucks in 2022. Please secure your valuables and firearms anywhere you park! pic.twitter.com/S8YgsZa6Tg

The MNPD is pleading with the citizens of Nashville to lock their car doors and secure all valuables, especially firearms.

The Metropolitan Nashville Police Department shared a statement on Twitter saying, “A startling but not surprising statistic: Nashville is about to exceed 1,000 guns stolen from cars and trucks in 2022. Please secure your valuables and firearms anywhere you park!”

Firearm robberies are an ongoing issue in Nashville, having steadily increased over the past 10 years. Having experienced 1,305 firearms stolen from vehicles in 2021, Nashville is on track to have a record-breaking year for stolen guns.

Chief Drake continued his statement, saying, “Please, secure your valuables, including weapons, in a safe place and in a safe way. We are counting on you. Don’t be a victim.”

In 2022, of all guns reported stolen, 70 percent were taken from cars and trucks. According to the Metropolitan Nashville Police Department, firearm and vehicle theft go “hand in hand.” Last week’s stolen vehicle report shows that 75 percent of all stolen vehicles in Nashville were easy targets due to keys being left inside the vehicle or being made available to thieves. In 2021, of 2,630 stolen vehicles, 1,756 were stolen because the keys were made available to car thieves.

Stolen firearms and vehicles are routinely involved in criminal activities throughout Nashville, including carjacking and robberies.

“These weapons are being used in more serious, violent crimes throughout this city. This is unacceptable, Nashville. We need to do better,” said Drake.

Citizens of Nashville are strongly encouraged to lock their doors, secure their valuables, and remove and secure their car keys before exiting their vehicle.

Kaitlyn Osteen is a reporter at The Tennessee Star and The Star News Network. Send Kaitlyn news tips to [email protected]
Photo “Gun on Hood of Car” by KoolShooters.