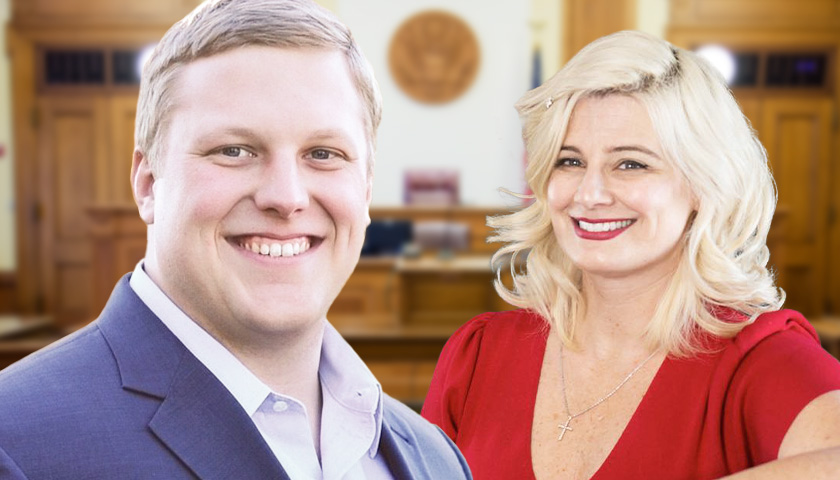 Delegate Marie March (R-Floyd) has filed a criminal complaint for misdemeanor assault against Delegate Wren Williams (R-Patrick) after an incident at a GOP fundraiser Saturday. The incident is an escalation in the already-heated primary battle between the two Republicans paired in a deep-red district.

“While attending the 9th District GOP dinner in Wytheville, Delegate Williams approached me in the lobby of the meeting room and struck me with his body,” March wrote in a press release, alleging that Williams also “verbally assaulted” a Carroll County supervisor.

“Abusive behavior should never be tolerated. I will always stand up to a bully. Delegate Williams continues to demonstrate that he is unfit to hold public office,” she said.

In a criminal complaint obtained by Cardinal News March said Williams “intentionally pushed/shouldered slammed into me in front of a large group of people.”

Williams told The Washington Post that March is “dangerous” and looking for a situation to exploit for political gain.

“I think she is using this as a political hit job. This is a stunt because she has burned bridges and has no shot in continuing to represent these people,” he said. “This goes beyond politics. She has a pure hatred for anyone who crosses her. I can’t get over the fact that she would go to this extreme.”

Both freshmen delegates are among the more conservative members of their caucus, but redistricting is forcing them to face off in the primary for House District 47 in 2023. That battle started early, with Williams calling March a “pro-choice squish” in May, leading to March firing back and calling him a “deceitful politician.”

Women legislators from across the political spectrum stood up for March after the alleged assault.

“Sadly, what Delegate March experienced is not uncommon in Virginia politics when some male legislators who can’t handle strong independent women who can think for themselves,” State Senator Amanda Chase (R-Chesterfield) commented on a March Facebook post.

“Sending out serious thoughts and prayers for Del. Marie March. I don’t agree with her on almost anything, but women deserve to feel safe and free from harassment while doing their jobs. This type of behavior needs to be publicly condemned by the VA GOP leadership,” Delegate Candi Mundon King (D-Prince William) said on Twitter.

Former delegate Hala Ayala, who is running in Senate District 33, responded to Mundon King, “I couldn’t agree more, and more of us have to speak up. I may disagree on every issue with you, but there is no excuse for violence in any form. We are definitely at a crossroads and must choose a path forward, leaving hate behind us.”

A court hearing is scheduled for November 21.