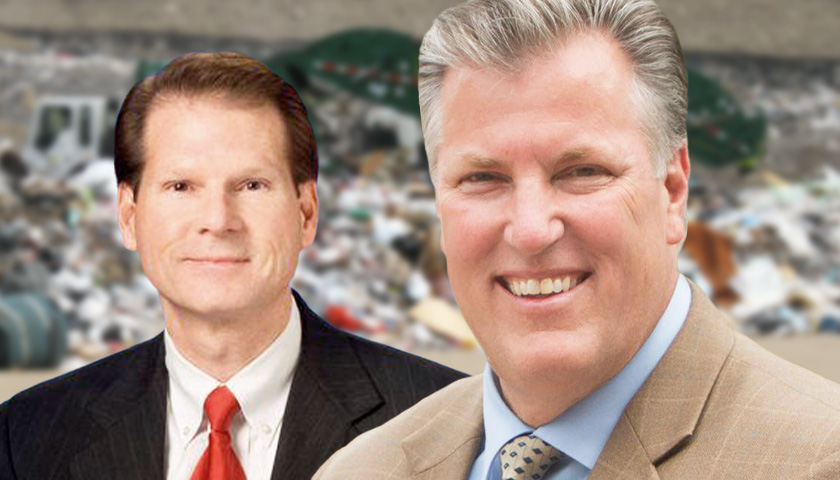 State Representative Scott Cepicky and Senator Joey Hensley announced they requested the Tennessee Department of Environment and Conservation (TDEC) to hold off on plans to put a landfill in Maury County.

In a statement about the effort, State Representative Scott Cepicky stated, “Myself and others have concerns about the new permitting at the Monsanto land. It’s been almost 10 years since we fought the mega dump in Maury County. We must protect the duck river and our water source for southern middle Tennessee. Senator Hensley and myself have sent this letter to the TDEC asking for everything to slow down and perform town halls in Maury County to get the opinions of the locals. We will stay on top of this from the state level making sure everything in process is transparent.”

Representative Cepicky and Senator Hensley addressed their thoughts on the landfill in a letter addressed to TDEC. The letter expressed their concern for the impact the project could have on the water quality for South-Central Tennessee.

Cepicky and Hensley wrote, “The Duck River is a National Scenic Waterway that supplies water to all of Southern Middle Tennessee. Columbia Public Water is taking a downstream intake from this proposed project that could affect all of Middle Tennessee.”

The two expressed their desire for the people of the county to have a say on what should be done about this issue.

“It is crucial to see if the evolving solutions are what the people desire for the county and the state. It is imperative to hear Maury County’s voices on this vital issue,” they wrote.

The lawmakers requested TDEC officials host a public town hall meeting for the citizens of Maury County express their views and ask questions before choosing to move forward on the project.

According to The Nature Conservancy the 269 mile-long Duck River is an important waterway. In addition to its scenic beauty, the environmental group notes, “the river teems with such an abundant variety of freshwater animal life that has earned its standing as North America’s most biologically diverse freshwater river and, according to the U.S. Geological Survey, one of three hot spots for fish and mussel diversity in the entire world.”