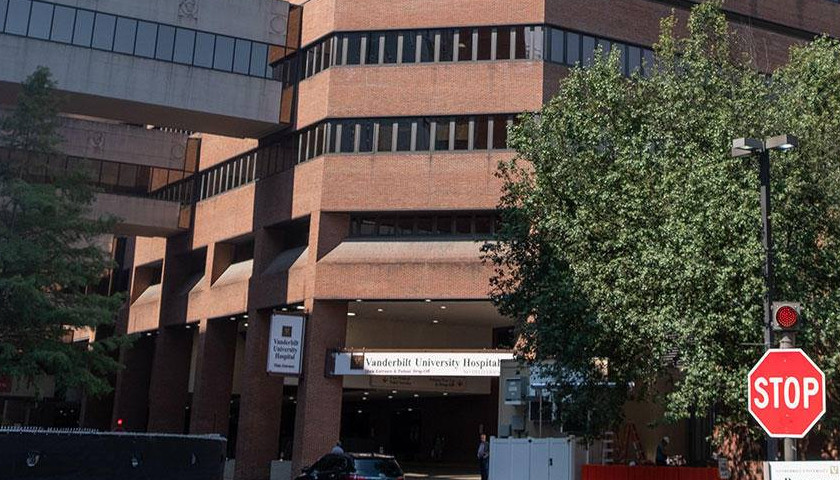 Vanderbilt University Medical Center (VUMC) denied allegations Wednesday that it introduced its “gender-affirming” clinic as a scheme to “make money for the hospital” and that employees with “religious beliefs” were warned they would suffer “consequences” for not participating in the transgender medical interventions.

Author and journalist Matt Walsh broke the story about Vanderbilt’s gender clinic that provides minors with body-mutilating surgeries and hormones that produce permanent, irreversible changes to children presented by parents as gender dysphoric.

We know for a fact…that [at] Vanderbilt they perform double mastectomies on minor girls…They give [children] irreversible hormone drugs that change their bodies permanently.

Asked by Carlson if he has spoken to anyone from Vanderbilt University Medical Center about his findings, Walsh said he reached out to the hospital for a statement when he first published his report.

“At first, they didn’t want to give a statement and they, and they actually just took down … they just deleted … their entire transgender clinic website, they wiped it from existence,” Walsh added, noting Vanderbilt released a statement “claiming there’s misinformation, and so on.”

.@MattWalshBlog talks to @TuckerCarlson about Vanderbilt's transgender clinic: "We know for a fact…that [at] Vanderbilt they perform double mastectomies on minor girls…They give [children] irreversible hormone drugs that change their bodies permanently." pic.twitter.com/rJ6usEHfB6

Walsh continued Vanderbilt had not actually denied what his report of their alleged video presentations said:

They don’t actually factually dispute anything in my report because they can’t, because everything that I said wasn’t me saying it, I was just providing video evidence, much of which you played there. Well, we know for a fact, this is an absolute fact that, that Vanderbilt, they performed double mastectomies on minor girls, on children. They chemically castrate children, and they give them irreversible hormone drugs that change their bodies permanently. They’re doing all of that to kids.

According to a partial statement reported Tuesday by the Tennessean, Vanderbilt said regarding Walsh’s report:

VUMC began its Transgender Health Clinic because transgender individuals are a high-risk population for mental and physical health issues and have been consistently underserved by the U.S. health system.

We have been and will continue to be committed to providing family-centered care to all adolescents in compliance with state law and in line with professional practice standards and guidance established by medical specialty societies.

“VUMC requires parental consent to treat a minor patient who is to be seen for issues related to transgender care and never refuses parental involvement in the care of transgender youth who are under age 18,” the statement reportedly read.

A number of lawmakers, including Governor Bill Lee (R-TN) and U.S. Senator Marsha Blackburn (R-TN), and faith leaders condemned Vanderbilt, calling for both investigations into its “gender-affirming” clinic and for legislation outlawing any transgender medical interventions for minors.

Lee told The Tennessean Vanderbilt’s “pediatric transgender clinic” raised “serious moral, ethical and legal concerns,” and added that an investigation into the clinic would be necessary.

“We are aware of allegations of illegal conduct at the Clinic for Transgender Health at Vanderbilt University Medical Center,” Skrmetti’s office said in a statement. “General Skrmetti will use the full scope of his authority to ensure compliance with Tennessee law.”

Tennessee will become the first state in the country to make surgical and medical “gender transitions” for children illegal. We will pave the way. This is just the beginning.

“We’re going to do everything we can to stop it,” Johnson added.

.@WilliamLamberth and I are appalled by what @MattWalshBlog uncovered at VUMC. We're going to do everything we can to stop it.
Watch @TuckerCarlson → pic.twitter.com/U03eCTy64m

Great to run into @MattWalshBlog @theMRC tonight, and I appreciate his work in exposing what the left is doing to our children.

Stay tuned for more tomorrow about how puberty blockers are being used on children. @VUMChealth @US_FDA pic.twitter.com/PtLGiT6f6i

Catholic League President Bill Donohue, PhD also responded to the allegations against Vanderbilt in his role as the leader of the nation’s largest Catholic civil rights organization.

In one of the videos Walsh published, Vanderbilt’s Ellen Wright Clayton, J.D., M.D., a professor of pediatrics, law, and health policy, and the co-founder of Vanderbilt University School of Medicine’s Center for Biomedical Ethics and Society, warned staff that “conscientious objectors” are “problematic,” and that personnel who refuse to be involved in transgender surgeries due to their “religious beliefs” will face “consequences.”

Donohue sent a letter to Dr. Daniel Diermeier, chancellor at Vanderbilt, to assert his opinions regarding the comments Clayton is heard making in the video.

In his letter, the Catholic leader declared as “excellent” the following statement released by Vanderbilt:

Our policies allow employees to decline to participate in care they find morally objectionable, and do not permit discrimination against employees who choose to do so. This includes employees whose personal or religious beliefs do not support gender-affirming care for transgender persons.

“My only concern is why Dr. Clayton would think that what she allegedly said could ever be seen as legal, never mind ethical,” Donohue wrote to Diermeier. “One would think that someone in her role as a health law expert would know better. I trust she has been told that conscience rights are integral to religious liberty and must be protected.”

Walsh told Carlson the so-called “gender-affirming care” provided to children is “happening all across the country, in every single state, in many hospitals and in many other medical clinics, all of those things are happening”:

And one of the reasons why it’s allowed to keep happening is because people don’t know about it because they’re not talking about it. And I think for a lot of average Americans, people just walking down the street, it’s sort of unthinkable, they can’t imagine that this sort of thing is actually happening.

“Which is why we have to start by raising awareness about it, and we have to do that no matter … the game the Left plays by saying if you, if you so much as mention what they’re doing,” Walsh added. “Yes, incitement and terrorism, which is, which is absurd. But we can’t we can’t bend to that tactic. We have to keep shining a light on this.”

The Star News Network/Tennessee Star reached out for comment to VUMC and is awaiting a response.