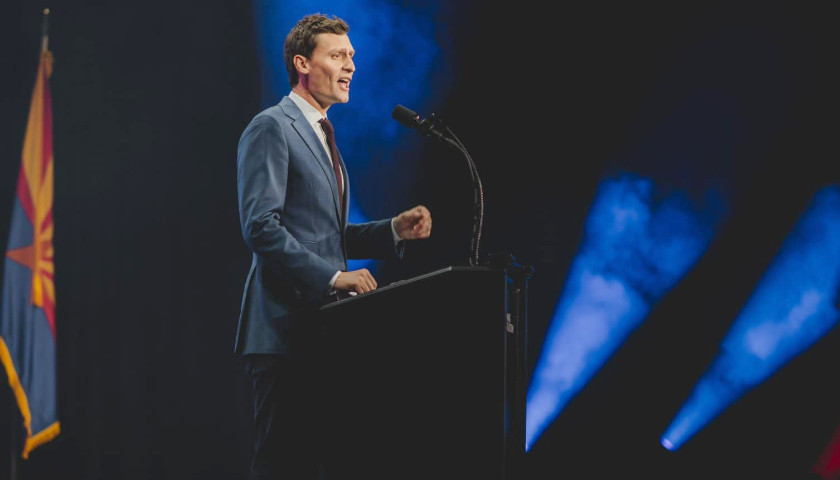 “Blake Masters has experience working in the business community and will be a strong supporter of Arizona’s small businesses in the U.S. Senate,” said Chad Heinrich, NFIB Arizona State Director. “His top priority in Congress will be to get the economy back on track and to create a pro-small business environment. He has also expressed an interest in improving workforce training, which will help small businesses immensely as they continue to manage a worker shortage. We are proud to endorse Blake Masters today and look forward to working with him.”

The NFIB outlined that inflation is one of the biggest challenges small businesses face in the country, making it harder for them to operate and make a profit. The organization opposes taxes, mandates, or penalties that could harm small businesses. Sharon Sussin, the NFIB’s Senior National Political Director, also spoke in Masters’s favor, calling him dependable.

In response to the endorsement, Masters said he would be a friend of Arizona small businesses.

“Our economy is strongest when we create a tax and regulatory environment that allows small businesses to thrive,” Masters said. “One of the mantras I will live by in the Senate is ‘pro-business, pro-freedom, pro-America’ – I will never vote for a federal mandate that shuts down your business. Arizona’s small business community will have a friend in me,” Masters said.

According to his website, Masters has plans to “make America prosperous again.” This plan includes putting an end to the rampant inflation plaguing the country by reining in government spending, fighting bureaucrats responsible for increased prices, and restoring American energy independence. His goals also include creating more jobs and money for the average American by improving supply chain review, fighting for better trade deals, and ensuring tech giants like Amazon and Google clearly show where products they sell come from, so people can know when they are buying locally. He also touted his experience in the business world, which lets him “uniquely understand the modern threats we face today.”

As reported by The Arizona Sun Times, some Arizona small businesses have been forced to make tough decisions when hiring new employees. In response to Flagstaff raising the minimum wage to $16.80 next year, local restaurant owner Lynda Fleischer shared that she could not take on younger workers because of the labor cost and may have to increase prices to make a profit. HT Metals owner in Tucson, Carlos Ruiz, also commented that he noticed other local manufacturers and restaurant owners in the area switching to an automated workforce to lower labor costs.

Neil Jones is a reporter for The Arizona Sun Times and The Star News Network. Follow Neil on Twitter. Email tips to [email protected].
Photo “Blake Masters” by Blake Masters.