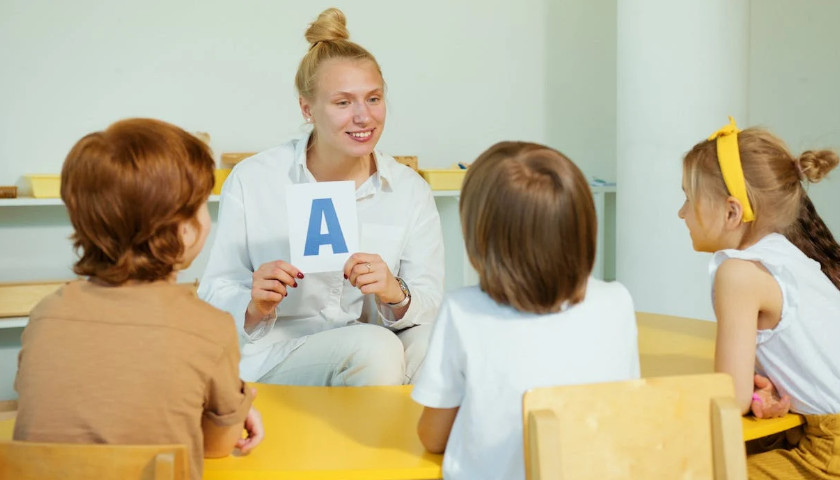 Parents of students in Hilliard City Schools are threatening to sue in federal court if the district fails to provide adequate answers by October 17 to several questions parents have about school policies.

Parents want to know if they will be made aware of gender and sex-related conversations between students and school staff. They also want to know if there is political activism going on inside Hilliard schools stirred up by an LGBTQ+ organization.

Parents are concerned the district is allowing manipulations of students to manifest gender dysphoria symptoms at school and encouraging them to transition to a sex opposite their biological birth.

The Ohio Press Network (OPN) obtained three letters between a lawyer representing more than 30 parents within the district and the school legal counsel, as well as email messages, photos and videos mentioned in notes between the lawyers.

Columbus attorney Joshua Brown sent a letter to district Superintendent Dave Stewart on August 15 that gave the district 30 days to respond after which Brown threatened to sue. The letter was the result of parents who came forward following a July conversation between a few of them and the superintendent about Title IX changes in which Stewart purportedly said a teacher would be putting his/herself at great potential risk if the teacher would “out a kid” to their parents without a child’s permission.

Brown pointed to decisions courts have made to back his statements that parents have a right to establish their home, raise their children, control their child’s education and know about “gender dysphoria” conversations or any treatment the school is providing.

Attorney Jessica Philemond responded via a letter on behalf of Stewart and stated that although the district’s goal is to include parents in all aspects of a child’s education that school policy could lead to officials hiding conversations between staff and student if a “health or safety concern [is] at issue.”

Philemond backed up the district position by stating that schools stand in loco parentis, meaning in place of parents, for students who attend school. While parents generally have rights regarding the upbringing of their children, schools and educators have an obligation to act in the student’s best interest when the student is at school, Philemond wrote.

She also noted that there “may be confidentiality issues involved because a student’s conversations with a school counselor are almost always privileged under Ohio law.”

The school’s September 14 response came just one day before the initial deadline after which Brown threatened to file in U.S. court.

After the school attorney stated that district policy determines what is disclosed to parents based on the best interest, health and safety of students, parents laid out more concerns –survey questions, “I”m Here” badges and sexual bulletin board material.

“Was the Superintendent’s statement about ‘outing a kid’ consistent with the policies of Hilliard School District? We would like a direct answer,” Brown wrote in the second letter. Then he laid out several goings-on that parents are concerned violate their rights and impress political activism upon their kids.

OPN received a smartphone picture from a Hilliard Bradley High School student parent of a survey the parent’s son took within the first couple days of school. The photo is below. That picture is what parents claim is “direct evidence” that teachers asked children—in a written survey—what pronouns a child prefers at school and what pronouns the student prefers the teacher use when speaking to parents.

The parents argue that this general, class-wide survey refutes what the school’s attorney wrote regarding district policy in her response to their first inquiry when she stated that “a student’s conversations with a school counselor are almost always privileged” and that in instances of “health or safety” that conversations are withheld from parents. According to the letter from parents, Hilliard teachers—not counselors—are wearing “I’m Here” badges that identify particular teachers as a “safe person” for any student who has a gender or sex question. Despite backlash last week, sources tell OPN that Hilliard’s superintendent isn’t yielding on the badges and continues to allow teachers to wear them.

The badge is accompanied by a holder that states “If you are not a safe person or do not support LGBTQ+ youth or issues, please do not wear or display the ‘I’m Here’ badge.” According to email messages obtained by OPN involving Hilliard Education Association (HEA) President Linna Jordan and Hilliard City Schools Communications Director Stacie Raterman, the National Education Association (NEA) LGBTQ+ Caucus and HEA supplied a badge to “any teacher who requested one.” The email also reveals the “QR code and wording in the picture are not there to be shared with students.”

“We parents are not anti-LGBTQ+. However, implying that a teacher or staff member is a ‘safe person’ nullifies the sixth sense we have to warn us a person may be a danger to us. So, an already vulnerable child sees a teacher wearing a badge that is supposed to mean the teacher is a ‘safe person,’ and the sixth sense is now disabled. What if that particular teacher is a pedophile? This is a major safety issue,” said Lisa Chaffee, the director of Ohio Parents Rights in Education.

Here’s a link to one of the QR code sites: https://www.nea-lgbtqc.org/imhere.html

Three mouse clicks away from the above link is this video:

However, when candidate for the Ohio General Assembly and member of the Hilliard City Council, Omar Tarazi revealed on his Facebook account that the above content was linked to the Hilliard badges, HEA President Jordan wrote in an email to members of city council (of which she was not elected), “I sincerely hope that you are as alarmed by Mr. Tarazi’s post as I am. I hope that you do not include yourself among the homophobic alarmists.” Those comments from Jordan were stated in an email obtained by OPN.

Jordan sent the email to city council members without copying Councilman Tarazi. According to Tarazi,  the move “shows her lack of good fairth.”

The material is “adult”—a fact parents say they have in writing from the superintendent. Parents also claim the QR code can be scanned by students from far away.

OPN has video evidence of a student who testified at last week’s Hilliard City Schools Board meeting in possession of a badge (she held it up at the board meeting) despite Raterman stating in an email that “The QR code and wording in the picture are not there to be shared with students; rather, they are provided to adults by the NEA should they be interested in learning more about LGTBQ+ issues. It is not accurate to say that students are seeing messages or being taught any lessons from those resources.”

“If the district was sincere in not wanting to share the QR code and an unvetted alternative sexual curriculum with students they would re-print the badges for a few hundred dollars without the QR code and solve the problem. But this suggestion was ignored and the teachers union leadership distributed the badges into the schools anyway” Tarazi told OPN.

OPN sent email messages to Raterman and Jordan to set up interviews to talk about school polices, union positions, parents’ rights and their claims. Neither Raterman nor Jordan responded before this story was published.

The materials in question are below: 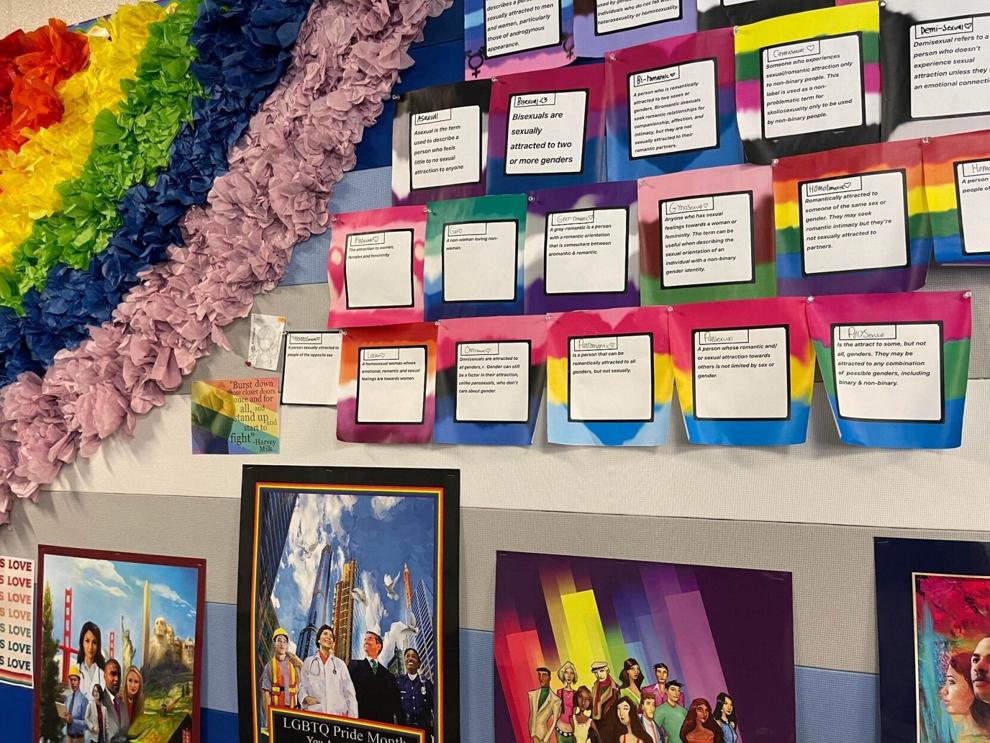 Bulletin board material a whistleblower says was posted at Hilliard Memorial Middle School that lists and defines sexual orientation categories such as gay, pansexual, bisexual, lesbian, gynosexual and many more.

According to the second letter from parents, the threat of a lawsuit remains. The letter states that Hilliard City Schools has until October 17 to supply an appropriate response or parents will petition the United States District Court for the Southern District of Ohio.

Jack Windsor is the Editor-in-Chief of The Ohio Press Network.

Reprinted with permission from The Ohio Press Network