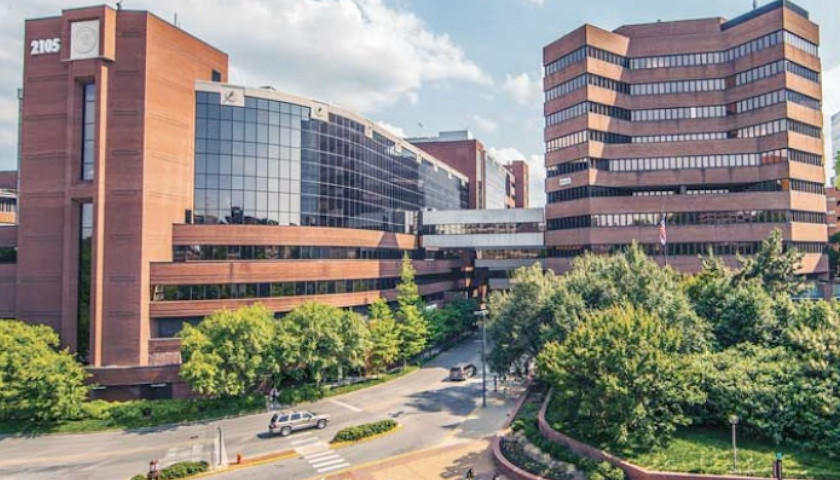 Health care settings that advertise surgical and hormonal procedures for gender-confused youth as young as 13 are throwing their offerings down the memory hole, following exposure by critics of such procedures for children.

Vanderbilt University Medical Center took down the pages for its transgender clinic and pediatric counterpart after conservative author Matt Walsh posted videos Tuesday of its officials calling the clinics financially lucrative and warning that resistant VUMC employees would face “consequences” for not participating.

Tennessee Republicans responded with horror. “We should not allow permanent, life-altering decisions that hurt children or policies that suppress religious liberties, all for the purpose of financial gain,” Gov. Bill Lee said in a statement to Just the News.

He called for “a thorough investigation” of pediatric procedures and religious discrimination at VUMC, a legally distinct entity from the university. Asked what that means, spokesperson Casey Sellers said Lee’s office has “shared concerns” with Attorney General Jonathan Skrmetti. “A number of questions have been raised, and Tennesseans deserve answers,” she said.

State Rep. William Lambert retweeted Walsh’s announcement that they and Sen. Jack Johnson met to hash out legislation to “shut down Vanderbilt’s child gender transition program and ban the practice in the state.”

September is the second consecutive month for a children’s hospital that performs so-called “gender affirming” procedures to scrub its website after outside scrutiny.

Boston Children’s Hospital removed a 17-year-old minimum age for male patients to receive vaginoplasties, raising it to 18 but claiming that it only offered consultations to 17-year-olds, National Review reported. It claimed to have never offered “gender affirming hysterectomies” to minors, as suggested by a video with its logo, but only adults.

Vanderbilt opened its trans clinic in 2018. During a lecture the same year, Dr. Shayne Taylor explained how she convinced Nashville to get into the gender transition game. She emphasized that it's a "big money maker," especially because the surgeries require a lot of "follow ups" pic.twitter.com/zedM7HBCBe

She cited a “gross underestimate” from another gender clinic for a male-to-female vaginoplasty, $20,000, which doesn’t include hospital stay, postoperative visits or anesthesia. “I think that’s just the surgeon’s piece of it,” maybe 10%, she said.

A female-to-male phalloplasty “could be up to $100,000,” Taylor said, citing the clinic’s surgeon Julian Winocour, who allegedly claimed phalloplasties alone fully fund some clinics. “And that is, like, a fraction of the surgeries that we’re doing,” which cost even more because “they require a lot of followups.” Winocour’s VUMC email bounced back when asked to confirm this anecdote.

Traces of Taylor have disappeared so quickly that search results still bring them up. At least three of her employee pages are now off-limits, and her 2018 lecture — posted to the Vanderbilt Program for LGBTQ Health’s Facebook page — apparently came down within hours of Walsh posting the videos late afternoon Tuesday. Other links simply redirect.

While VUMC “probably has to accommodate” employees who assert conscientious objection to participating in transgender procedures, “it is not without consequences and it should not be without consequences,” Ellen Clayton, who has appointments in both pediatrics and law, told the 2019 LGBTQ Health Grand Rounds, equating objections with “religious beliefs.”

Vanderbilt was apparently concerned that not all of its staff would be on board. Dr. Ellen Clayton warned that "conscientious objections" are "problematic." Anyone who decides not to be involved in transition surgeries due to "religious beliefs" will face "consequences" pic.twitter.com/CgNicrG4Mg

“If you don’t want to do this kind of work, don’t work at Vanderbilt,” Clayton said. Her 2019 event was taken down from the program’s Facebook page Wednesday afternoon after Just the News viewed the intact video.

Asked if she was speaking casually about shunning employees who opt out of transgender procedures, or suggesting they lose their professional licenses, Clayton told Just the News “I do not think it is a good idea to respond to questions about this story” but said she wasn’t under investigation or seeking legal counsel.

One video from 2020 explicitly mentions pediatric treatment. “We have some individuals who have started gender affirming hormones” — already on puberty blockers — “at 13 or 14 to be more like their peers,” the unidentified speaker says, even though the presentation screen says “consider starting as early as 14.”

The speaker continues that “fertility preservation and consent are very important to discuss prior to any initiation.” The pediatric clinic removed “pubertal blockers” and “gender affirming hormone therapy” from the services it advertises to children in the past month, Walsh said.

After they have drugged and sterilized the kids, Vanderbilt — as explained in this video presentation by plastic surgeon Julien Winocour and Physician’s Assistant Shalyn Vanderbloemen — will happily perform double mastectomies on adolescent girls. pic.twitter.com/SRvtytflsk

The Tennessee Legislature “can and will act to correct this next session and I will lead that fight” to end transgender hormone treatments for minors and threats to religious objections, said Rep. Jeremy Faison, the GOP caucus chair. “This type of child mutilation should be illegal and soon will be in TN,” Lamberth tweeted.

“There is nothing healthy about mutilating the bodies of minor children. We need an investigation into VUMC putting profits ahead of children immediately,” Sen. Marsha Blackburn tweeted and Rep. John Rose agreed.

VUMC sent Just the News the same statement it posted Wednesday morning and didn’t answer queries, including followup questions about Taylor’s emphasis on the profitability of the procedures, evidence for its claims from the now-removed clinic pages, and how it’s protecting conscientious objectors from retaliation.

It claimed “social media posts and a video … misrepresent facts about the care the Medical Center provides to transgender patients,” which started because they are “a high-risk population for mental and physical health issues and have been consistently underserved by the U.S. health system.”

The medical center provides “family-centered care to all adolescents in compliance with state law and in line with professional practice standards and guidance established by medical specialty societies,” it said, alluding to the World Professional Association for Transgender Health, whose revision of standards has provoked sharp debate among clinicians.

The statement said VUMC won’t treat minors “related to transgender care” without parental consent “and never refuses parental involvement in the care of transgender youth who are under age 18.”

An archive of VUMC’s pediatric transgender clinic page seems to presume that parents have already given consent. It requires “a letter from a mental health provider and informed consent” from the child before starting puberty blockers or cross-sex hormones.

Employees whose “personal or religious beliefs do not support gender-affirming care” are allowed to opt out without discrimination, VUMC said.