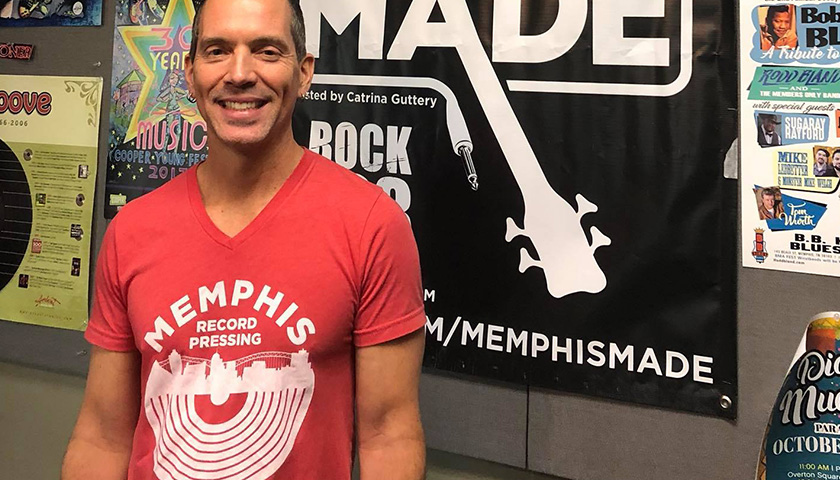 Brandon Seavers, co-founder and CEO of Memphis Record Pressing, said, “It’s a humbling experience for me, and for Mark as well, to see where we are today. Literally every day when I drive up, I say, ‘This is not real. There is no way that we are manufacturing a legacy, analog format/medium in the 21st century, and we’re actually breaking ground and constructing a new facility to do this.’”

Memphis Record Pressing was founded in 2014 by Brandon Seavers and Mark Yoshida. The pair of entrepreneurs first joined forces in the late 1980s to operate Rockingchair Recording Studios, owned by Yoshida. In 1997, they co-founded AudioGraphic Masterworks, a CD and DVD manufacturing facility. When that business began to slow down, Seavers and Yoshida partnered with Matthew Johnson and Bruce Watson of Fat Possum Records, creating what is now Memphis Record Pressing.

After getting their business off the ground, they partnered in 2016 with European company GZ Media, the largest manufacturer of vinyl records in the world, producing 200,000 records a day and employing nearly 2,000 workers. The collaboration resulted in MRP’s emergence as a global leader in the industry.

Buttressed by the cross-country collaboration, MRP now works on high-profile projects for internationally known artists. Last year, MRP made 350,000 copies of 15-time Grammy winner Adele’s new “high-security” album. It was required that armed guards be on duty at all times during the production to help prevent leaks.

“You can’t throw away any trash. So, by the end of the Adele production, we had two tractor trailers full of waste, but we couldn’t throw it away because of the risk of just one of the center labels getting posted to social media with the track listing,” Seavers explained.

MRP Memphis Record Pressing is planning a $21.3 million facility expansion, a move that will increase its manufacturing space by 33,000 square feet. By the middle of next year, MRP will have doubled its number of employees.

Vinyl records have continued to soar in popularity over the past several years. In 2021, there were 41.7 million vinyl albums sold, providing evidence of the format’s increased demand. There is no sign of vinyl’s popularity slowing down, as sales continue to rise throughout 2022. Vinyl records make up 53% of all music sales in the United States.

The goal of Memphis Record Pressing, as stated on the company’s website, is to make the highest quality records possible, while also having the fastest turnaround time in the industry.

Photo “Brandon Seavers” by Memphis Made.