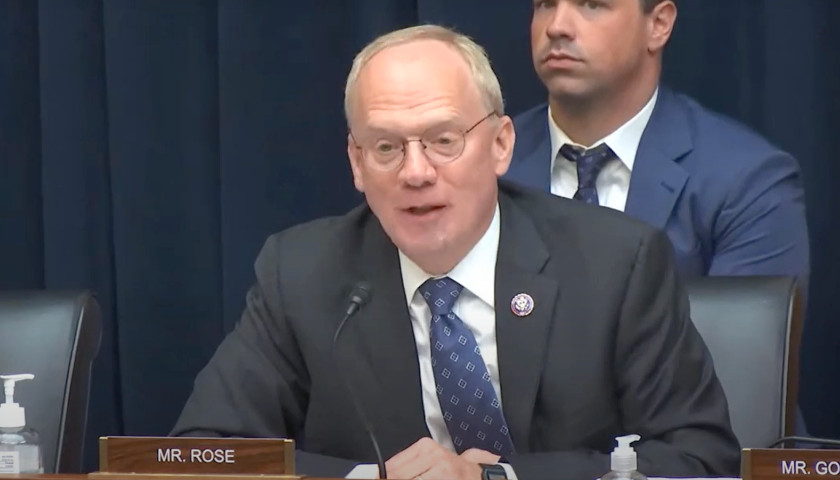 During a hearing for the Subcommittee on Diversity and Inclusion, Rose began his remarks by acknowledging the Committee’s upcoming schedule, noting that there has not been a Biden administration official present at a hearing for months.

“I was quite disappointed when I saw the hearing schedule for this month,” Rose said. “As Members of the Financial Services Committee, one of our primary responsibilities is conducting oversight of the executive branch. The last time we even held a hearing with a Biden Administration official was July 20th. We’ll have gone nearly four months without holding a hearing with any Biden Administration officials because of the October recess.”

Rose added that it is “not right for the Democratic Majority to shield the administration from oversight just because there is an election in November.”

The Committee on Financial Services is chaired by Democrat Representative Maxine Waters (D-CA-43).

This week, the Committee on Financial Services is holding two hearings. On Wednesday, the full committee will hold a hearing titled “Holding Megabanks Accountable: Oversight of America’s Largest Consumer Facing Banks,” while the Subcommittee on Housing, Community Development and Insurance will hold a hearing Thursday titled “State of Emergency: Examining the Impact of Growing Wildfire Risk on the Insurance Market.”

Neither hearing this week includes officials within the Biden administration.