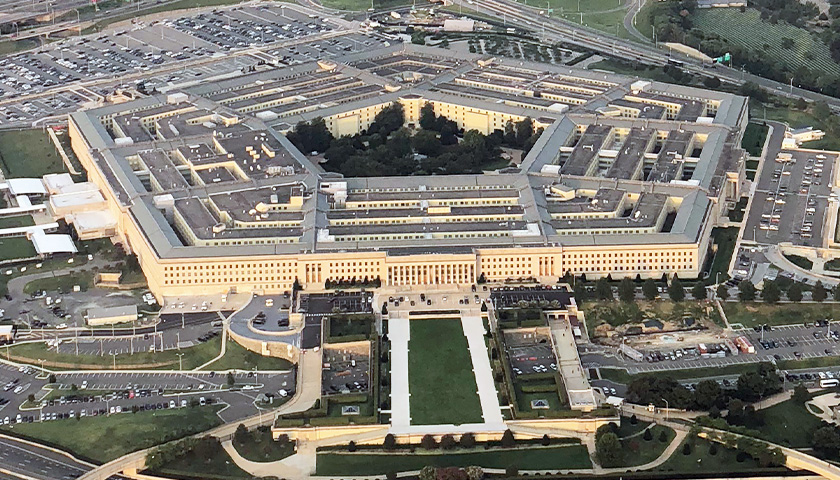 The Defense Department’s inspector general has alerted the secretary of defense to apparent blanket denials of religious accommodation requests (RAR) for exemptions from the military COVID-19 vaccine mandate, which would be a violation of federal law.

The memo details “potential noncompliance with standards for reviewing and documenting the denial of religious accommodation requests of Service members.” The acting inspector general noted that “dozens of complaints” had been received regarding denied RARs.

“We have found a trend of generalized assessments rather than the individualized assessment that is required by Federal law and DoD and Military Service policies,” wrote acting Inspector General Sean O’Donnell.

The inspector general originally sent the memorandum to the defense secretary in June, but it was not forwarded to the secretaries of each military service and the DOD general counsel until three months later, on Sept. 2.

“Additionally, the volume and rate at which decisions were made to deny requests is concerning,” the Office of the Inspector General added. “The appeal authorities of the Services we reviewed indicated that an average of 50 denials per day were processed over a 90-day period. Assuming a 10-hour work day with no breaks or attention to other matters, the average review period was about 12 minutes for each package. Such a review period seems insufficient to process each request in an individualized manner and still perform the duties required of their position.”

Amid the many lawsuits against the Defense Department regarding denied RARs, one of the key arguments made by service members’ legal counsel is that the denials were predetermined and nearly identical, contrary to the individualized assessment that they are supposed to receive.

“The Inspector General is now confirming what my clients and I have known for months,” said attorney R. Davis Younts, who represents several military members who were denied religious exemptions. “The DoD has been issuing blanket denials of religious accommodation requests from the beginning as part of a process designed to result in denials. It is our hope that the Department of Defense will take this finding, change course and begin to respect the religious and constitutional rights of service members.”

Younts first obtained the OIG memo from a whistleblower on Tuesday.

It is “deeply troubling that the Secretary of Defense did not act on this information until September 2nd of 2022,” he told Just the News. “In the intervening months hundreds of military members who submitted religious accommodation requests were wrongfully discharged.”

Younts added, “This document is further evidence that the military has and continues to discriminate against my clients because of their faith.”

Liberty Counsel, which is also representing military members whose RARs  were denied, noted that in their lawsuit Navy SEAL 1 v. Austin, the latest filings from the Defense Department in February “revealed that out of 24,818 religious exemption requests received, only four were granted, and three of those were questionable since at least two of those service members were already scheduled to leave the military.”

“The Biden administration and the Department of Defense are violating federal law by denying the religious free exercise rights of service members from the COVID shot mandate,” said Liberty Counsel Founder and Chairman Mat Staver. “Our service members swear an oath to defend the U.S. Constitution. Their oath to defend the Constitution and their willingness to give their lives for our freedom must not be illusory. The abuse must end.”

The Defense Department didn’t immediately respond to a request for comment on Friday.

The memo was revealed as 47 members of Congress wrote to Defense Secretary Lloyd Austin on Thursday demanding an end to the COVID vaccine mandate for the military.

The lawmakers argued that the mandate is unnecessary and harming military readiness.

“At the very end of the fiscal year, the Army has only met 52% of its FY22 recruiting goal,” they noted. “How will it recruit another 75,000 troops beyond its annual target to account for vaccine-related discharges?”

The legislators emphasized the low risk COVID poses to healthy members of the military and the limited efficacy of the vaccines against new strains of the virus.

“Servicemembers under 40 years of age without comorbidities have nearly no chance of death from the virus, and study after study has shown that Covid vaccinations have negligible or even negative efficacy against the Omicron strains,” they wrote.

“We also know that natural immunity provides better protection against infection and death than existing Covid vaccines, yet the Department still refuses to recognize it in lieu of vaccination,” they added.

Natalia graduated from Regent University with Bachelor of Arts degrees in Communication Studies and Government.
Photo “Pentagon” by Touch Of Light. CC BY-SA 4.0.