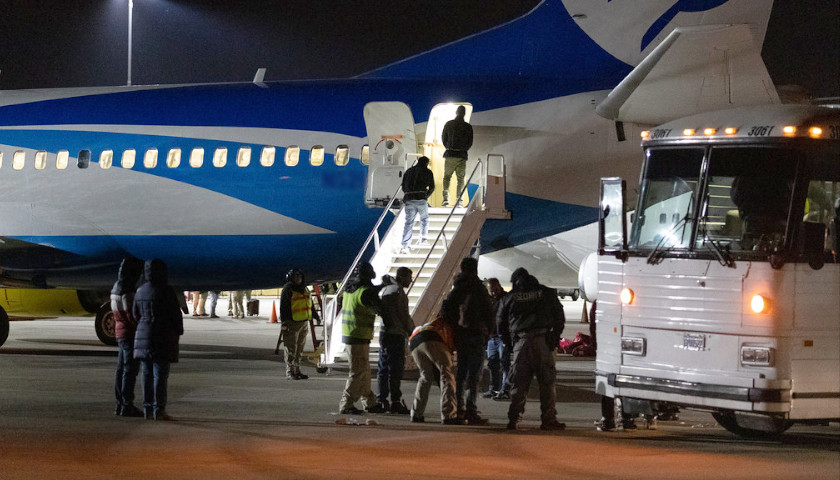 A Pennsylvania House committee announced this week it will investigate cases of “ghost flights” of illegal immigrants, possibly including children, that reportedly landed in the Keystone State.

The state House Government Oversight Committee accepted a referral from House Speaker Bryan Cutler (R-Quarryville) and Majority Leader Kerry Benninghoff (R-Bellefonte) which voiced concern about media accounts of nighttime air delivery of persons who unlawfully entered the United States. Cutler and Benninghoff observed that whistleblowers have suggested these flights into the commonwealth’s northeastern region, allegedly chartered by the U.S. Department of Health and Human Services (HHS), contain minors as well as adults. The individuals were reported to have been driven out of state after arriving.

“We intend to exercise the important role of the House Government Oversight Committee by investigating the flights into the Commonwealth and work to ensure the welfare of the children who may have been involved,” Mackenzie said in a statement. “We will also guard against revealing the personal or identifying information of any minors. Our goal is to be transparent about whether state resources, agencies, employees or non-governmental agencies in Pennsylvania were involved in the transportation, care, processing or relocation of these individuals.”

The Republican leaders’ referral noted that even Democrat Governor Tom Wolf’s office has acknowledged these flights are apparently taking place; they further commented that state agencies have provided no details about them.

“No information has been made public regarding the individuals on these flights nor has any Pennsylvania state agency provided any information on the flights in any official capacity,” Cutler and Benninghoff wrote. “It is troubling that were it not for some ‘whistleblowers,’ public online flight tracking and several grainy photographs capturing the arrival of these flights, their existence would not be known to the citizens of this Commonwealth. We have concerns about the lack of transparency regarding these flights which landed in small Pennsylvania airports under a shroud of secrecy, in literal darkness.”

The House oversight panel, comprised of five Democrats and four Republicans, has the power to subpoena to obtain testimony and records and emphasized it may soon issue such requests. Mackenzie said the purpose of his committee’s probe is not only to ensure proper immigration-enforcement protocol but to guarantee the humane treatment of anyone in government custody. He cited media accounts of migrant children having gone missing after being placed under HHS supervision.

“While we do not believe the welfare of these children is currently in jeopardy, there have been reports of children in similar programs in other states going missing or falling victim to exploitative working conditions due to a lack of transparency and oversight,” he said. “Through this investigation, we hope to ensure that has not and does not happen in Pennsylvania.”

Since December, numerous Pennsylvania officials and office-seekers have responded with alarm to the reports referenced by Mackenzie and his colleagues. Congressional candidate Jim Bognet, who is running for Congress against Matt Cartwright (D-PA-08), has criticized the incumbent for giving the issue insufficient attention and called the flights “preposterous.” U.S. Rep. Dan Meuser (R-PA-09) has also pressed Wolf for information about the transports.