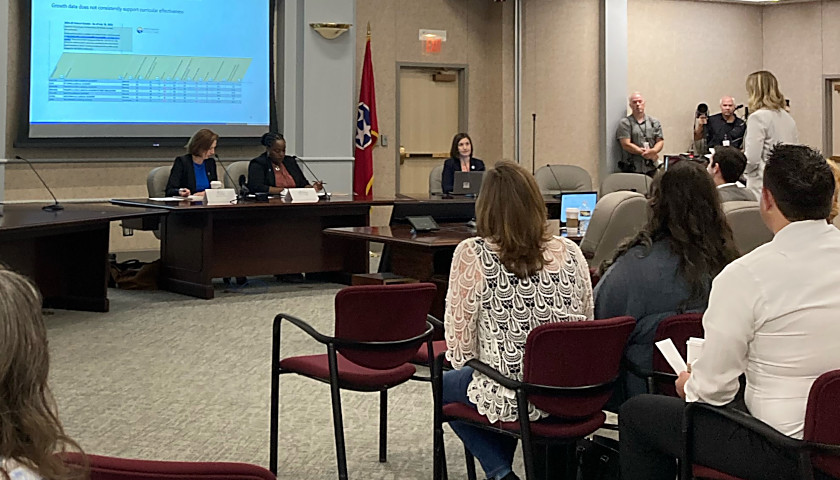 MURFREESBORO, Tennessee – The Tennessee Public Charter School Commission held a hearing in Murfreesboro Wednesday morning on the appeal by American Classical Academy Rutherford of the denial by the Rutherford County School Board earlier this year of their application to open a charter school in the county.

Twelve Rutherford County parents told TPCSC Chair Tom Griscom and TPCSC staff members in attendance they wanted the TPCSC to approve American Classical Academy Rutherford’s appeal, and grant the school a charter to begin operation in the fall of 2023, initially for grades K through 5.

“What my husband and I sacrificed to provide our son’s education could be available at no additional cost to the tax-paying families in Rutherford County,” Rutherford County parent Michelle Garcia, a supporter of American Classical Academy Rutherford, told the commission.

“Why would we deny the students of Rutherford County the opportunity to have the same choices that are often only afforded to the wealthiest families in our state?” Garcia asked.

No Rutherford County parents spoke in the public comment portion of the meeting in opposition to American Classical Academy Rutherford’s request to be granted a charter.

The meeting marks the first part of the appeals process, with an ongoing public comment period through September 21 before a final decision is reached on whether or not to permit American Classical Academy to open its doors as an accredited charter school.

The 9 a.m. meeting started promptly with TPCSC Executive Director Tess Stovall reviewing the agenda. Rutherford County Schools and American Academy Rutherford were both allotted 15 minutes to give their opening statements, followed by questions from TPCSC staff members and then comments from local Rutherford County parents. The audience contained approximately 100 people, including parents, teachers, and children.

“First, the academic plan lays out the content reach education and curriculum in the liberal arts is paired with a strong focus on moral character and civic virtue,” Pearson began, noting, “It’s been found by other charter review committees, here in Tennessee, that we meet the Tennessee charter school’s academic rubric standard. Described in detail, our curriculum shows consistently how student proficiency in ELA and math across diverse student groups at rates between 55 and 80 percent, far above Rutherford County’s most recent scores of 43 percent proficiency in ELA and 37 percent in math.”

“ELA” stands for “English Language Arts.” In Tennessee, the Department of Education ELA standards include teaching students skills for reading, writing, speaking and listening, and language.

The final decision by the TPCSC regarding American Classical Academy Rutherford’s appeal is currently scheduled to be announced at 10:00 a.m. on October 5 in conference room 1-A at Davy Crockett Tower in Nashville.

Public comments can be made at https://stateoftennessee.formstack.com/forms/acar_ph_written until 1:00 P.M. CT on Wednesday, September 21.

Prior to the morning’s hearing, a group of about 30 protesters who oppose charter schools held a press conference. The group was comprised of elected Democrat officials and Democrat candidates, many from outside Rutherford County, as well as teachers, and professors.

All three proposed charter schools operated under the control of American Classical Education intend to use curriculum provided by Hillsdale College. American Classical Education was launched with the financial assistance of Hillsdale College, but is a separate and distinct entity with a completely separate management team. Their charter applications have been complicated by the public release of video taped comments made by Hillsdale College President Larry Arnn in a private meeting earlier this year which disparaged colleges of education, and have been interpreted by many as disparaging public school teachers as well. Those comments have been widely criticized throughout the state of Tennessee and made any project in the state connected to Hillsdale College politically controversial.

[Editors note: American Classical Education is an advertiser in The Tennessee Star.]

Kaitlyn Osteen is a reporter at The Tennessee Star and The Star News Network. Send Kaitlyn tips at [email protected]