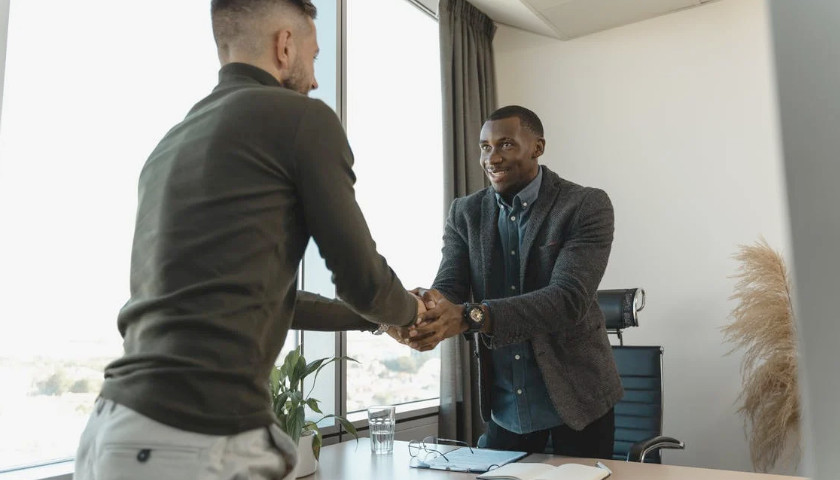 Small businesses are increasingly unwilling to hire because they can’t afford to take on new costs, according to a newly released survey.

The small business network company Alignable released the survey Wednesday. It found that 63% report putting hiring on hold “because they can’t afford to add staff, and 10% of that group is laying off workers.”

“This decline is quite significant, as it’s 18 percentage points higher than it was in July (at just 45%),” the report adds. “Beyond that, the percentage reducing their staff jumped 6% to 10% this month from just 4% in July.”

The poll queried 5,618 small business employers from Aug. 13 of this year through Sept. 6.

The poll found a significant portion of small businesses have still not recovered from the pandemic-era shutdowns.

“Beyond the skyrocketing price of labor, only 23% of small business owners say they have fully recovered financially from the worst years of COVID, down 2% from July and down 20% from December 2021,” the report said. “This 23% recovery rate is the lowest the Alignable Research Center has seen in more than a year. Looking only at August revenue, 51% of all small businesses generated half or less of their pre-COVID monthly earnings, up 13% from 38% in July.”

But the pandemic is not the only reason for the freeze.

“Nearly half (49%) of those in a hiring freeze now said they were hiring earlier this year, but shifted gears due to economic factors, including general inflation, labor costs, and fears of a recession,” the report said.

This survey comes on the heels of a July Alignable report that found small businesses are considering shutting down in droves.

The report found that 47% of small business owners “say their businesses are at risk of closing by fall 2022, unless economic conditions improve significantly.”

“That’s up 12 percentage points from last summer, when only 35% were concerned about economic issues forcing them to shut down,” Alignable said. “And SMBs in key industries face even bigger problems: 59% of retailers are at risk, along with 52% in construction, 51% in the automotive sector, and 50% of restaurant owners.”

Casey Harper is a Senior Reporter for the Washington, D.C. Bureau of The Center Square. He previously worked for The Daily Caller, The Hill, and Sinclair Broadcast Group. A graduate of Hillsdale College, Casey’s work has also appeared in Fox News, Fox Business, and USA Today.