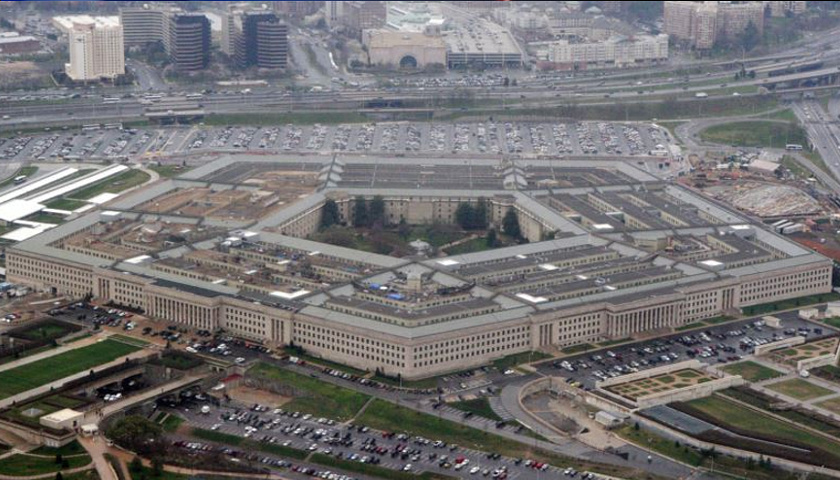 The Department of Defense (DOD) spent nearly $400,000 funding nuclear warfare research that was conducted by former Chinese government employees — one of whom the Daily Caller News Foundation previously identified as a Chinese Communist Party (CCP) member.

Li Bin and Zhao Tong — two nuclear policy experts who previously served as Chinese government employees — were both fellows at the Carnegie Endowment for International Peace when conducting the DOD-funded research, according to the think tank’s records. Li is also among at least 20 Carnegie staffers the DCNF previously identified as CCP members. These undisclosed CCP members worked at the think tank while current Central Intelligence Agency Director William Burns served as Carnegie’s president.

“This is a cartoonish level of penetration,” Weichert said. “[Carnegie is] planting the seeds of doubt about Chinese intentions and capabilities in the minds of men and women who during a crisis would have to make decisions based on the intelligence that they received over the years.”

A month after Burns’ presidency began at Carnegie, his think tank held a March 2015 “Nuclear Policy Conference” funded by a $75,000 DOD grant. Burns delivered the event’s opening remarks, while Li moderated a discussion entitled “Why is China Modernizing its Nuclear Arsenal?”

Before joining Carnegie in 2011, Li served in China’s Foreign Affairs bureau and completed a doctoral thesis on the “clandestine development” and “control of powerful laser weapons for missile defense and anti-satellites,” his Tsinghua University faculty profile states. Li also sits on the board of directors of the U.S.-China People’s Friendship Association, which cooperates with another Chinese group the State Department designated in 2020 as a “foreign mission” seeking to “malignly influence” American leadership.

“China has nuclear warheads,” Li said, “but China does not have nuclear missiles.”

However, a 2021 Pentagon assessment of China’s military noted the country had about 100 nuclear intercontinental ballistic missiles, including ones capable of striking the U.S. Likewise, Beijing’s defense minister acknowledged China’s build-up in June after satellite imagery revealed more than 100 missile silo construction sites.

“China has ballistic missiles capable of reaching the U.S.,” Weichert said. “The individual who made the claim is either uninformed or lying.”

The publication accepted Beijing’s claim of a “no-first-use” nuclear weapons policy — which, if true, means China would only launch retaliatory nuclear strikes. However, Beijing has a history of surprise attacks, Weichert said, citing China’s 1979 invasion of Vietnam.

“This is not a regime that plays by the Marquess of Queensbury Rules,” Weichert said.

An October 2016 Carnegie tweet appeared to indicate that “Understanding Chinese Nuclear Thinking” was aimed at “policymakers.”

Another $150,000 DOD grant went towards a report co-authored by Li, titled “A Precarious Triangle: U.S.-China Strategic Stability And Japan.” The report framed Washington’s concern towards Beijing’s growing nuclear arsenal as U.S. unwillingness to accept China’s desire for a nuclear deterrent.

However, Weichert claims China’s nuclear weapons buildout is not just for deterrence. China wants the option of launching “first strikes” on the U.S. for coercive purposes, he said.

Doug White, a philanthropic adviser, says Carnegie should have been more transparent about what taxpayer funds were spent on.

“The government is giving [Carnegie] a great deal. They’re saying you don’t have to be taxed on this and donors who support you get tax benefits,” said White. “What’s the nonprofit giving back? It’s not meant to be a gift; it’s meant to support society in ways the government can’t. And, so, part of giving back is, in my view, a heightened sense of transparency and a quest for fullness of disclosure.”

As of August 2022, Zhao continues to work at Carnegie — having even recently gained a faculty position at Princeton University.

Li, on the other hand, left the think tank sometime around 2019, according to his expert profile. Even still, Li managed to find work on federally-funded publications, the DCNF found.

Li co-authored a 2020 publication on “Nuclear Dialogue” which was “performed under the auspices” of the Department of Energy for the Lawrence Livermore National Laboratory (LLNL), according to the report.

A LLNL and DOE spokesperson told the DCNF that the research was done in partnership with a Chinese disarmament organization and Li received no payment.

“Exchanges such as this are an important way to gain insight into the strategic thinking of countries such as China,” the spokesperson wrote via email.

Philip Lenczycki is a reporter at Daily Caller News Foundation.