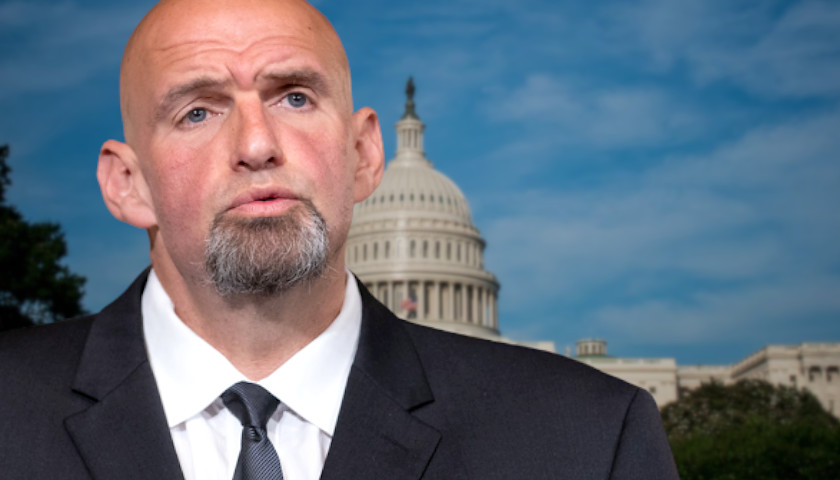 Lt. Gov. John Fetterman, Pennsylvania’s Democratic candidate for U.S. Senate, maintains that he agrees with Sen. Bernie Sanders of Vermont, a socialist, on “virtually every issue.” Sanders, in turn, has endorsed Fetterman and appeared at events with him. But if Fetterman is taking his economic advice from the Sanders wing of the Democratic Party, where is he getting counsel on dealing with violent crime? Sadly for Pennsylvania voters, Fetterman seems to be taking his lead from the City of Brotherly Love’s Larry Krasner, district attorney of Philadelphia.

Fetterman described Krasner as a “beacon for every one of PA’s 67 counties.” He seems to have missed the news that Krasner’s de-prosecution and decarceration policies have led to Philadelphia recording an all-time record of 562 homicides in 2021, with the city on pace to exceed that total in 2022. Fetterman also does not seem to realize that over 90% of those homicide victims are minorities living in the poorest sections of Philadelphia.

For anyone who has followed Fetterman’s tenure as Pennsylvania’s lieutenant governor, none of this should come as a surprise. Fetterman serves as the chair of the Pennsylvania Board of Pardons. His fellow board members have described him as an “activist” and a “bully.” When Josh Shapiro, the Pennsylvania attorney general and now Democratic candidate for governor, opposed Fetterman’s desire to grant clemency to a pair of convicted murderers in 2019, for example, Fetterman reportedly gave him an ultimatum: vote for clemency, or Fetterman would run against Shapiro in the primary for governor. Shapiro changed his vote, and the murderers were freed; Fetterman is running for Senate, and Shapiro is running for governor. That exchange neatly captures Fetterman’s vision of the intersection between criminal justice and politics.

Fetterman has demonstrated his soft attitude toward criminals in other areas. Last year, he was the sole affirmative vote on the Board of Pardons to free convicted murderer Wayne Covington. Covington had gunned down a teenager while trying to rob the young man for drug money. Covington pled guilty to first-degree murder, accepting a life sentence in order to avoid a potential death sentence. The victim’s family strongly opposed Covington’s release, and the other members of the Board of Pardons supported the victim’s family in keeping the admittedly guilty murderer behind bars – but not Fetterman.

Fetterman’s campaign website supplies virtually no useful information about his policies on crime and criminal justice. Instead, visitors get breezy videos reciting progressive buzz words about “mass incarceration,” “second chances,” and the “legalization of weed.” Fetterman also declines to comment on rising violent crime, particularly in Krasner’s Philadelphia; nor does he explain how he might help victims of crime, as opposed to assisting criminals themselves.

Fetterman’s campaign site does include a curious video on gun violence. It includes a story about Fetterman – then the mayor of Braddock – hearing gunshots and seeing “an individual dressed entirely in black” running by. What Fetterman does not mention is that the individual running by was a young black man out for a jog. Fetterman also does not mention that he pulled a shotgun on the young man, holding him in custody. The jogger said that Fetterman pointed the 20-gauge shotgun at his chest, detaining him until police arrived. The police searched the young man, finding that he had no weapons on him and was just out for some exercise. Fetterman admitted that he “may have broken the law” in acting as he did. He could have been arrested for simple assault by physical menace, unlawful restraint, terroristic threats, and a host of other crimes. Instead, despite the seriousness of an incident whose circumstances, if not outcome, resemble the Ahmaud Arbery episode, he was not charged.

On law and order, Fetterman is a confusing figure. Is he a let-them-all-out progressive, like Krasner? Or is he a shotgun-toting hothead who thinks he is above the law? Fetterman’s excesses would seem to offer an opening for Republicans. Too bad the GOP nominated a TV personality from New Jersey as its candidate. In the distracting, meme-laden campaign between Fetterman and Mehmet Oz, the issue of protecting Pennsylvanians from rising crime seems to have been forgotten. If the Keystone State elects an ally of Larry Krasner and Bernie Sanders to the United States Senate, there will be plenty of blame to go around.

Tom Hogan has served as a federal prosecutor, local prosecutor, and elected district attorney. He currently is in private practice.
Photo “John Fetterman” by Tom Wolf. CC BY 2.0.