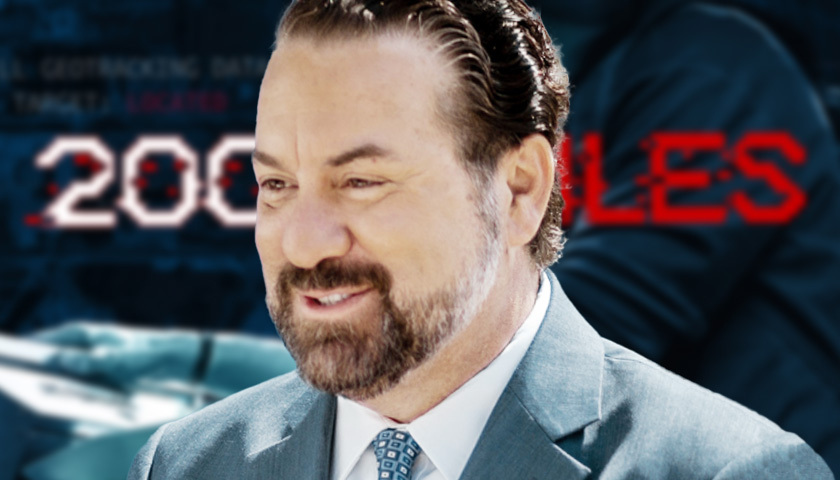 After over a year of “good faith attempts to work together,” Texas-based election integrity nonprofit True the Vote’s Catherine Engelbrecht and lead investigator Gregg Phillips of the OPSEC Group, an election intelligence company, say they no longer trust the intentions of the Arizona Attorney General Office’s Criminal Division.

The veteran grassroots organizer told The Arizona Sun Times the election integrity group turned over evidence to both the FBI and local law enforcement, including the Criminal Division of the Arizona Attorney General’s Office (AGO), and has met with AGO criminal investigators numerous times since first contacting them in the summer of 2021 – all to no effect.

“We reached out to them first, we gave them data, they did nothing with (except lose it, apparently) for nine months,” Engelbrecht said. “Then we offered it all again, in writing, under subpoena. They have subpoena power and had an active investigation at the time. It would have taken minutes. Instead they did nothing except send weird letters. And in the end it became clear, all they were ever trying to do is discredit us.”

Engelbrecht told The Sun Times they turned over a hard drive of evidence to the AGO’s criminal division a year ago, but nothing appeared to happen with it.

Engelbrecht said one of the most shocking aspects of their “mishandling” of the investigation took place while it was still ongoing. The AGO released its own case notes to the Associated Press — including the names of whistleblowers. She said, “One of the people named was a whistleblower shown in the 2000 Mules movie. That’s when we stopped communicating.” One was a judge, and another has received threats as well as being the victim of a tire-slashing incident.

An article published Friday in Axios stated that the “‘2000 Mules’ group ignored Arizona AG’s requests for info.” It said the AGO made four requests to True the Vote (TTV) for a hard drive and other evidence that were not fulfilled. The AGO also reportedly told Axios that True the Vote claimed in March that they’d turned over testimonials from people involved in ballot harvesting in Arizona, but the AGO had not received them.

However, Engelbrecht disputes the account described in the Axios story. She sent The Sun Times copies of emails exchanged between her group and the AGO. She said True the Vote first met with the AGO’s Criminal Division in the summer of 2021 and gave them a hard drive of information related to the Maricopa County drop boxes (It did not include information related to the drop boxes in San Luis, Arizona).

The project expanded several months later, including the production of the 2000 Mules documentary. “By March 2022 we’d completed the San Luis analysis, had audio and video with whistleblowers, plus all the data and analysis,” she told The Sun Times. “We filed a formal complaint letter with the AZ AG and provided it to members of the legislature, including Karen Fann.”

In April, Engelbrecht said she and Phillips were invited back to Phoenix to meet with legislators. Engelbrecht also coordinated another meeting with agents from the FBI Regional Office in Phoenix, where she arranged to give the FBI all of the new audio, video, and analysis. She also contacted the AGO’s Assistant Chief Deputy Josh Kredit to set up another meeting with the AGO’s Criminal Division, which he scheduled.

At the meeting. which Engelbrecht said included about five employees, Engelbrecht said they claimed they had never met with True the Vote before, which she found strange since they had met previously almost a year ago, and they denied ever receiving the hard drive of information. The AGO’s Criminal Division was working on the San Luis ballot harvesting investigation at that time. “We stated that we could get them everything under subpoena, that the FBI had everything, and we definitely wanted to work with them,” Engelbrecht said.

After that, Engelbrecht suspects the Criminal Division heard that True the Vote would be testifying to the Arizona Legislature about 2000 Mules, because on May 19, AGO Supervising Special Agent James Cope sent a letter to True the Vote requesting information pertaining to 2000 Mules and “stash houses” identified in the movie. The letter stated that the office initially requested the information on April 5 but it was not provided within a week as agreed. Cope said, “As of today May 19th, 2022, we have not received any information from TruetheVote or Mr. Phillips.”

Engelbrecht said he “curiously omitted reference to the previous meetings, the pages of notes taken by AGO staff, and detailed review of the official complaint filed by TTV which requested protections of data and confidential information under subpoena.”

On May 27, True the Vote Executive Director Cole Hughes responded to Cope by email, writing, “Please find attached a letter in response to your request for additional information.” In his letter, Hughes reminded the AGO that True the Vote had previously provided the hard drive. “Almost one year ago, June 23, 2021, Mr. Gregg Phillips met with Mr. Williams, Mr. Gadow, and Mr. Knuth, from your office,” he said. “At the meeting, he provided a hard drive of all Arizona-related information gathered to that point. An identical copy was also provided to the Arizona regional office of the Federal Bureau of Investigation.”

Engelbrecht observed to The Sun Times, “It was as if our April meeting never occurred and our official complaint disregarded. The focus seemed to be on creating a paper trail against us rather than actually progressing on the investigation we had contacted them about in 2021.”

During the legislative hearing on May 31, one of the legislators asked Engelbrecht if True the Vote had turned over the hard drive yet. Engelbrecht suspected the AGO had “planted a question” with the legislator, “clearly to make us look bad.” However, The Sun Times asked the legislator, State Rep. Quang Nguyen (R-Prescott), if that was accurate and he clarified that he came up with the question on his own after running into someone from the AGO’s Criminal Division. He asked that employee if the AGO had received the hard drive yet and he responded no.

At a meeting with the Criminal Division on June 1, Engelbrecht said Special Agent Cope accused her of not giving the office information because it had been obtained from the dark web. Engelbrecht responded and said that wasn’t true. Then she noticed an agent was recording the meeting and called him out on it.

At that point, Engelbrecht realized they were getting nowhere with the AGO, but offered to connect the AGO with the FBI Phoenix office, which already had all of True the Vote’s information. Engelbrecht said, “The AGO seemed satisfied that this would be the most efficient and secure way to move forward. We agreed that the AGO would give us a day to contact the Bureau agents and then connect them to the AGO, so everyone would be fully briefed.”

But the very next day, she received a call from the FBI, concerned that the AGO had been calling all of their bureaus demanding information. “It was so aggressive and extreme that the FBI said they weren’t willing to provide the confidential cover any longer because the Crim team had upset so many offices, it all felt very political, and they couldn’t be in the middle of something like that,” she said.

After the meeting, on June 3, Cope sent a letter to Phillips requesting to meet with him alone, offering to pay all of his expenses to fly to Phoenix. Engelbrecht said she felt like it was a setup at this point. On June 14, True the Vote attorney Brock Akers, along with Engelbrecht and Phillips, sent a letter to Cope in response to his request to meet with Phillips. Akers said all parties agreed at the meeting on June 1 that the AGO would wait for his clients or the FBI before taking further action. Instead, Akers said, “your team immediately began calling various Bureau offices, trying to track down relationships, and blatantly undermining the agreement.”

He went on, “What followed next was notification from our informants that your office had released case notes, including unredacted names of private citizens who had shared sensitive information with you to the Associated Press. This shocking breach of confidentiality has endangered all those who put their trust in you, sending a clear message that anyone who shares information with your office does so at their peril.”

Akers expressed his bewilderment about the solo meeting request, and ended the letter terminating True the Vote’s involvement. “[O]ur level of trust and confidence has diminished to the point that we feel it best to provide all further information through the Bureau,” he said. “You can source it from them if you so choose.”

On August 24, Cope emailed Engelbrecht asking if he could release the complaint in response to public records requests asking for the complaint that True the Vote initially filed with the AGO on March 28. Engelbrecht responded and said she had no objection. At that point, the AGO had already released the whistleblowers’ names so there wasn’t much left to protect, Engelbrecht said.

Engelbrecht said at this point True the Vote is moving on from the 2000 Mules investigation. “We started the project almost two years ago,” she told The Sun Times. “The only reason the AGO Crim Division is feigning interest at this point is to keep us off focus for midterms. We’re not playing their game. People are now more awake than ever. We’re moving on.”

Engelbrecht has had a good relationship with the AGO’s civil side, the Election Integrity Unit, so the hostility she encountered on the criminal side, she says, made no sense to her. True the Vote recently launched ProtectAmerica.Vote to work with sheriffs like Pinal County Sheriff Mark Lamb on the local level combating election fraud.

The Sun Times sent the AGO several questions but did not receive a response before press time.