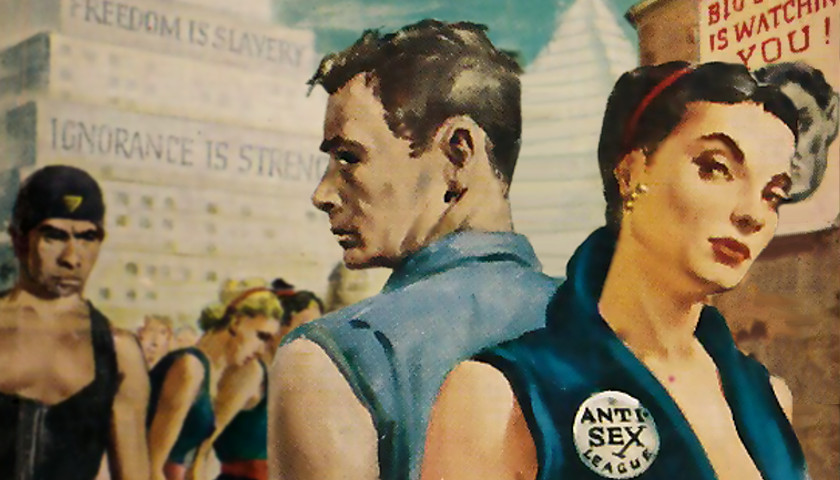 Of all the creepy things that totalitarian regimes do, perhaps none is more creepy than their habit of encouraging children to inform on their parents to the regime.

Anyone who has read “1984” will remember the pathetic Tom Parsons, who winds up next to Winston Smith in The Ministry of Truth (read: prison) after his young daughter reported that he had muttered “Down with Big Brother” in his sleep.

Parsons, besotted with the regime, is actually proud of his daughter’s initiative: “She listened at the keyhole. Heard what I was saying, and nipped off to the patrols the very next day. Pretty smart for a nipper of seven, eh?”

It’s too bad that the Biden administration disbanded the Disinformation Governance Board. Parsons would have fit in nicely there.

Maybe, as a temporary expedient, he could find a spot on Liz Cheney’s Jan. 6 House Select Committee. They’re filling special jails in Washington with people guilty of “parading” around the Capitol and uttering their support for Donald Trump.

True, Cheney is currently cleaning out her office in preparation for her trip to political irrelevance.

But after the Jan. 6 Committee is shut down come the new year and new Congress, people like Parsons will probably still be able to look to the so-called Department of Homeland Security (DHS).

For it turns out that the ominously named bureaucracy has taken “1984” as training.

The Biden administration may have had to shut down the preposterous Disinformation Governance Board after its head, Nina Jankowicz, made a fool of herself. 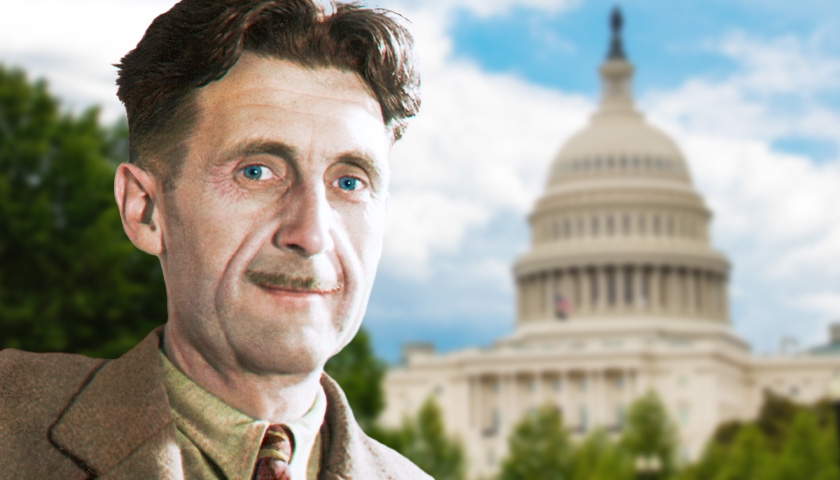 But its tasks of surveillance and suppression of opinions that dissent from the official narrative have been folded into the mandate of the DHS, a superfluous and increasingly malevolent agency that could have come straight out of the pages of Orwell.

An invaluable new watchdog group called The Foundation for Freedom Online has begun documenting efforts by the DHS to surveil and censor online speech in order to make it conform with narratives promulgated by the state.

What sorts of opinions are they censoring? Those regarding the CCP virus, the pathogen that causes COVID-19, for example. But it’s also censoring opinions about the protest at the Capitol on Jan. 6, 2021, as well as opinions about the integrity of the 2020 presidential election.

Doubts about that election are accumulating like barnacles on a rusted hulk at anchor, but you aren’t supposed to notice.

Whatever our masters in Washington want us to believe and parrot, there the DHS broods like a malevolent hen over your computer screen and social media accounts.

The latest revelation is that they’ve gone full Orwell, encouraging children who discover “wrongspeak” to report their misbehaving relatives to various tribunals.

In a new post, the Foundation for Freedom Online reveals that the DHS has instructed “children to report their own family members to Facebook for ‘disinformation’ if they challenge US government narratives on COVID-19.”

The Foundation for Freedom Online post includes links to a children’s cartoon that ends by recommending that “Uncle Steve” be reported for suggesting that “COVID-19 is no worse than the flu.”

Remember, the DHS was created to help prevent another 9/11.

It has mutated into yet another governmental agency devoted to enforcing conformity and obedience among Americans.

The Foundation for Freedom Online noted that “DHS purports to distinguish between three types of speech violations: misinformation, disinformation, and malinformation.”

The DHS is proposing to police it all.

As the Foundation for Freedom Online post notes, these distinctions are meant to give the impression to the outside world that the DHS proceeds deliberately and with restraint.

In practice, however, they fold “all their targets” into the category of “disinformation.”

The effect is to regard any dissenting opinion as a deliberate misrepresentation of the truth, punishable, in the first instance, by being banned from social media platforms.

Do you think that the 2020 election was problematic? Do you believe that Hunter Biden’s laptop is disturbing? You’re guilty of undermining “public trust” in government institutions and therefore must be denied access to Twitter, Facebook, and so forth.

The Foundation for Freedom Online has produced invaluable material on a major threat to U.S. freedom.

But what they’ve already reported shows that the “DHS’s new role, essentially, combines the foreign powers over speech and censorship granted to the CIA with the domestic reach of the FBI.”

For the first time in our history, we have the U.S. government deploying a sort of “domestic CIA” authorized to surveil and censor the “lawful speech of U.S. citizens, stopping them from talking freely about their own elections or criticizing their own democratic institutions.”

Roger Kimball is the editor and publisher of The New Criterion and publisher of Encounter Books. His most recent book is “The Critical Temper: Interventions from The New Criterion at 40.”
Photo “George Orwell’s 1984” by Chris Protopapas. Photo “George Orwell” by Cassowary Colorizations. CC BY 2.0. Background Photo “United States Capitol” by Paula Nardini.

Reprinted with permission from TheEpochTimes.com