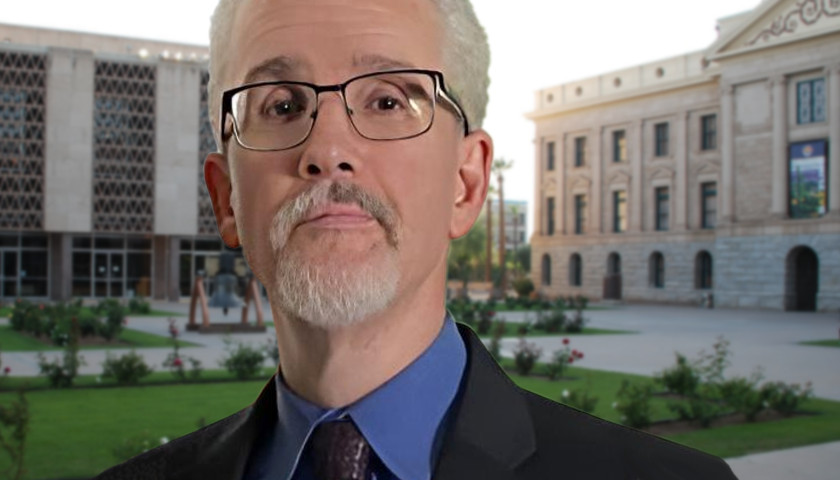 Dave Kopp, the longtime lobbyist and founding president of the Arizona Citizens Defense League (AzCDL), a Second Amendment organization in Arizona, passed away at age 56.

Kopp fought cancer for 12 years but succumbed to the illness Wednesday. Several people in the Arizona gun industry told The Arizona Sun Times Kopp was responsible for transforming Arizona into the top-ranked state for Second Amendment-friendly laws.

Alan Gottlieb, who started the Second Amendment Foundation – which works closely with AzCDL – told The Sun Times, “Dave was a key leader in the gun rights movement. His leadership inspired activists all across the country. Grassroots activities that he spearheaded in Arizona were copied by groups from coast to coast. His accomplishments in his home state did not stop at the Arizona border.” The Second Amendment Foundation gave Kopp its Defender of Liberty award in 2019.

Charles Heller, the only original AzCDL founding member remaining in leadership and the group’s spokesperson, told The Sun Times that Kopp was a brilliant lobbyist who once even convinced Arizona’s Democratic Senator Kyrsten Sinema to support an AzCDL bill – back when Sinema was in the Arizona Legislature and leaned much farther to the Left.

He explained to her that the law in Arizona presumed that someone who used deadly force in self-defense was presumed guilty, which wasn’t fair. Being an attorney and professor of law, that piqued her interest, Heller said. Kopp convinced her and a few other Democrats to support a presumption of reasonableness. As a result, the law passed and is now encoded in A.R.S. 13-419 and other statutes.

AzCDL saw a need for legal change due to what happened to Harold Fish in 2004. Fish served time in prison for fatally shooting an attacker. After the law was changed, however, he won his appeal.

Heller said Kopp was a bit like the TV detective character Frank Columbo. In his soft-spoken manner, he would politely, methodically, and without drama explain a bill to a legislator, pointing out when a potential law was unconstitutional. “He was good at forming relationships with people since they knew he knew the issues and would tell the truth even if the legislator didn’t want to hear it,” Heller said.

Heller said Kopp was good with messaging, always ensuring the message didn’t interfere with AzCDL’s ability to work with legislators. He’d remind the group, “We don’t write laws, we ask for legislation and the legislative counsel writes the laws.” He was fond of saying “politics is the art of the possible.” In the 18 years he knew Kopp, Heller said he never heard him brag even once. “The most he’d say was ‘we did pretty well this year.’”

Kopp’s background was in computer programming, and before his AzCDL lobbying, he lobbied for the modified motorcycle industry. Kopp, who rode a custom Harley chopper with two handlebars, was always recognizable in his trademark vest.

Other legislation Kopp was instrumental in getting passed was constitutional carry; Arizona was the second state after Alaska to pass that law. Now 25 states have constitutional carry laws, and they chose to emulate Arizona’s version, not Alaska’s. Kopp got a law passed in 2016 that withholds funding from cities that destroy guns. This was in response to the City of Tucson flagrantly violating existing law and destroying guns.

The AzCDL issued a statement on Kopp’s passing which credited him with bringing FASTER Saves Lives to the state. FASTER, which stands for Faculty & Administrator Safety Training and Emergency Response, trains educators on how to arm themselves and immediately render medical aid to stop school violence. The AzCDL Foundation recently started offering free FASTER training, making it available to teachers and school staff at no cost to the state.

As his cancer worsened a few months ago, Kopp stepped down from his position as president, becoming president emeritus. He selected Michael Gibbs to replace him as president and Cheryl Todd as vice president, choices that met with agreement from the board. Michael Infanzon will step into the lobbying role.

Kopp is survived by a wife and two children. AzCDL said it will post information about the service on its website once his family makes details available. The organization intends to place a table on the stage at its upcoming annual convention in honor of Kopp. Each year, a table is placed on the stage in memory of POWs and MIAs, featuring items such as a Bible and a chair tilted forward against the table to represent a missing person. The second table, for Kopp, will also have a tilted chair, with Kopp’s oft-worn vest hanging on it.

Heller said of his friend Kopp, “His passing will neither diminish the AzCDL mission, nor the passion for our rights. His spirit runs deeply through the organization.”

Rachel Alexander is a reporter at The Arizona Sun Times and The Star News Network. Follow Rachel on Twitter. Email tips to [email protected]
Image “David Kopp” and “Arizona Capitol” by AZCDL.