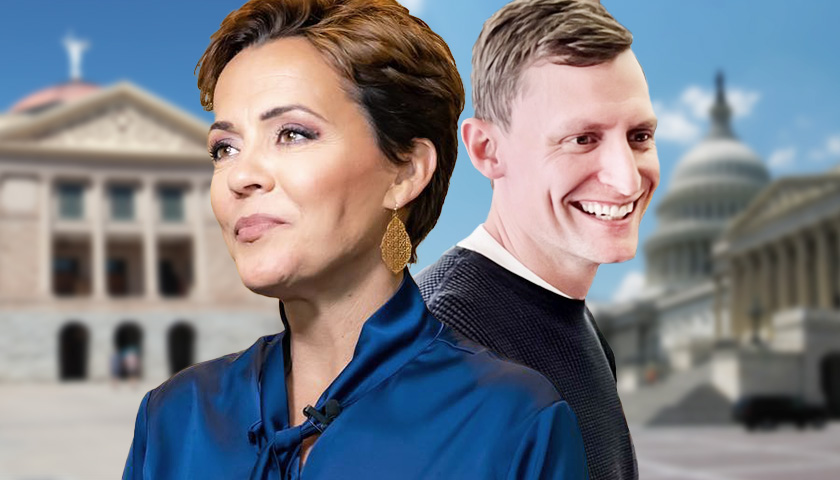 The poll was conducted from August 24 through August 27, had 1,074 respondents that were likely general election voters, had a confidence rating of 95 percent and had a 2.9 percent margin of error.

Both Arizona statewide races are in a virtual dead heat, according to the poll.

In the race for governor, Republican nominee Lake achieves 46.5 percent to Hobbs’ 45.8 percent. The Libertarian Party nominee Barry J. Hess registers at 2.6 percent, and 5.1 percent of respondents were undecided.

Just under 40 percent of poll respondents were identified as being Republican, 35.8 percent were Democrat, and 24.4 percent are independents.

Additionally, the group says that they use methods in conducting polling that fit the need to “accommodate modern busy lifestyles.”

“Our polls last one to three minutes and are designed to quickly get opinions from those who would not typically participate in political polls,” the group says.

“Our approach to polling is markedly different from most of the industry. We believe the old system of delivering 20 or more questions via live phone interviews doesn’t fit the modern world. This old system skews toward people who have strong ideology and/or opinions and even worse, those who are bored and looking for someone to talk to. It also fails to address the growing number of people who refuse to share their honest opinion and the new trend of people who refuse to participate or intentionally give false answers because they question who is asking and why,” Trafalgar adds.