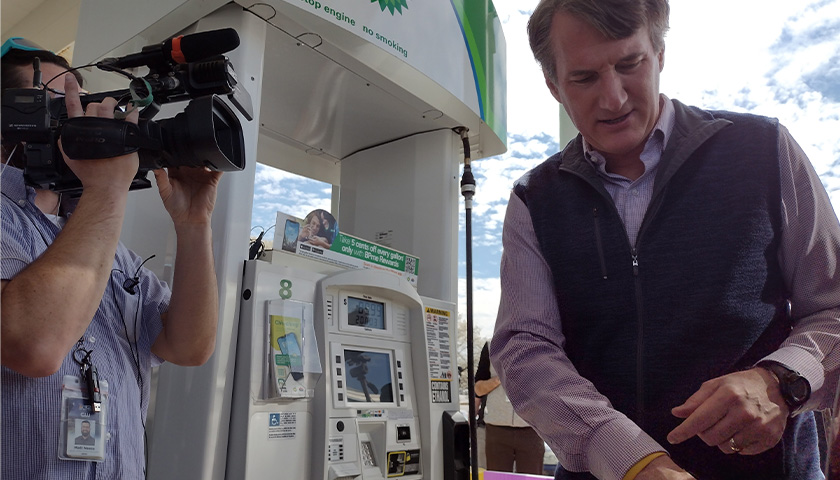 California regulators moved forward with a plan to ban the sale of gasoline-powered cars by 2035, a policy that also impacts Virginia and other states that have chosen to link their emissions law to California’s. In the wake of the decision reported by The New York Times, Virginia Republicans are once again expressing frustration over the 2021 legislation that tied Virginia’s regulations to California’s zero-emissions vehicle (ZEV) requirements.

“In an effort to turn Virginia into California, liberal politicians who previously ran our government sold Virginia out by subjecting Virginia drivers to California vehicle laws,” Governor Glenn Youngkin said in a Twitter statement Friday.

“Now under that pact, Virginians will be forced to adopt the California law that prohibits the sale of gas and diesel-fueled vehicles. I am already at work to prevent this ridiculous edict from being forced on Virginians,” he said.

“What does this mean for the citizens of Virginia? It means that unelected bureaucrats in CALIFORNIA are deciding what vehicle standards are appropriate for Virginia. This isn’t a California dream. It’s more like a nightmare,” Senator Steve Newman (R-Bedford) said on Facebook.

Youngkin has criticized other environmental policies enacted under the previous Democratic administration, and has sought to withdraw Virginia from the Regional Greenhouse Gas Initiative (RGGI), a cap-and-trade program regulating utilities. But Virginia’s involvement in that program was begun through legislation passed by the general assembly, and Youngkin doesn’t have the authority to repeal laws. Democrats said that means Youngkin can’t pull Virginia out of RGGI.

That same problem stands in the way of Youngkin and other Republicans who seek to break Virginia’s ties to California’s vehicle emissions regulation. With Democrats unlikely to cross the aisle to help repeal the environmental legislation, Youngkin needs Republican majorities in both the House of Delegates and the Senate.

When the law was first considered in the Virginia General Assembly, lobbyists for vehicle manufacturers objected to the change, saying that it would require automakers to sell a certain percentage of ZEV vehicles without considering if the consumer market or infrastructure would support that.

Virginia Automobile Dealers Association President and CEO Don Hall said in a Friday statement, “The electric vehicle revolution is here. Auto manufacturers and Virginia auto dealers are committed to EVs. We are committed to making sure we’re doing our part to ensure the vehicles we drive are the most fuel efficient, the best for the environment as they can be, and are quality products offered to consumers at a reasonable cost.”

“Virginia is in a quandary as to whether it continues to move in direction of the California standards,” Hall said.

“Regardless of regulation, we are certain that electric vehicles will be dominant on our nation’s roads by 2035. But when it comes to these standards, we believe the legislature and our elected leaders need to decide what makes the most sense for Virginia,” he said.