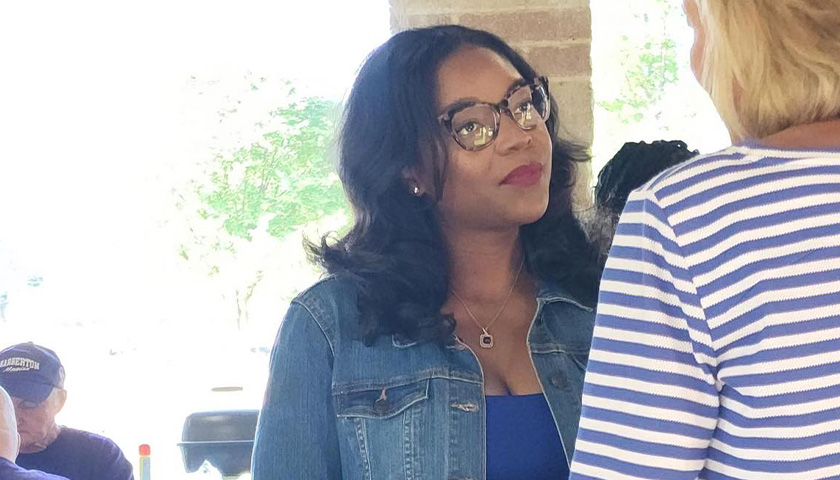 In 2018, as an Ohio legislative leader, OH-13 Democrat nominee Emilia Sykes inserted a pay raise for herself into legislation to benefit the families of fallen first responders.

In a late-night and last-minute move in 2018, legislative leaders put the pay raise into the legislation because they wanted something that then-Governor John Kasich would not veto.

“Just before the clock struck midnight during a marathon legislative session Thursday, Ohio lawmakers approved a pay raise for themselves and other elected officials,” reported Cleveland.com.

“Just before the clock struck midnight during a marathon legislative session Thursday, Ohio lawmakers approved a pay raise for themselves and other elected officials, tacking it onto a bill to increase benefits for the widows and children of fallen first responders. Senate Bill 296 now heads to Gov. John Kasich, who called the measure “this grubby pay bill” and is likely to veto it. However, the bill passed both the Ohio House and Senate by wider margins than the three-fifths majority needed to override Kasich’s veto, should it come to that,” added the outlet.

The pay raise legislation was inserted into another bill, likely with the hope that lawmakers would not vote against legislation to benefit the families of fallen first responders.

“Governor John Kasich calls it quote a grubby pay bill, but it’s unclear if he’ll veto a pay raise which Ohio lawmakers gave to themselves in the dark of night … Remember when Kentucky lawmakers stuck a pension bill into a sewer measure earlier this year? Well, Ohio lawmakers just did a somewhat similar last-minute combo. In this case attaching the pay raise to a bill which no one would oppose – increasing benefits for spouses and children of fallen first responders,” said Cleveland.com.

Governor John Kasich originally vetoed the legislation “because it included pay raises for lawmakers and other elected officials.”

“Gov. John Kasich on Friday vetoed a bill that would extend increase benefits for deceased first responders’ families because it included pay raises for lawmakers and other elected officials. The pay raises, the first in 10 years, were added late in the session to Senate Bill 296. The bill would increase benefits for widows and children of deceased police officers and firefighters,” reported WKYC.

“‘Nobody likes pay raises,’ Kasich told reporters during a luncheon Dec. 13. ‘It would be one thing if they did it in the light of day, but it’s another thing if you do it and just kind of sneak it through. I don’t think people like that.’”