Lawmakers Refer Propositions to the Ballot to Address the Initiative Process in Arizona, Raise the Bar for Tax Hikes 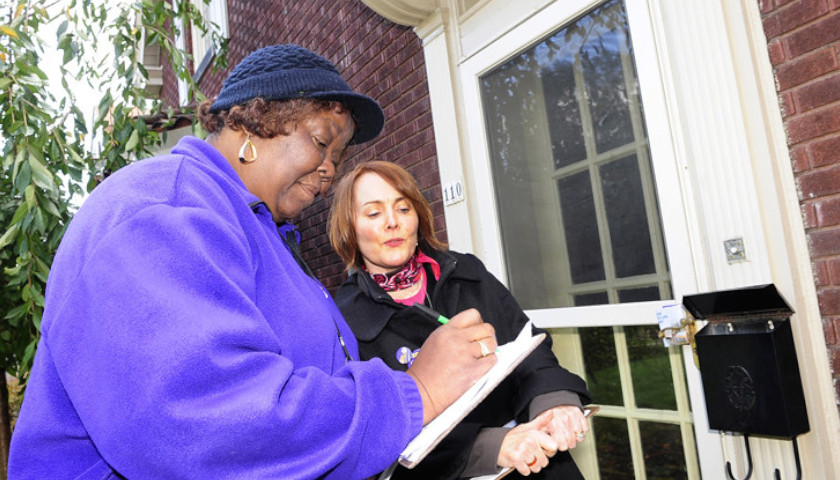 The Republican-dominated Arizona Legislature referred three propositions to the Arizona ballot this year to improve the initiative process.

Proposition 128 would allow the legislature to fix citizen initiatives with legal problems instead of requiring them to go back to the voters for tweaking. Proposition 129 would require initiatives to stick with one single subject, as propositions referred to the ballot by the legislature must do, so partisan interests can’t ram through massive amounts of new laws. Proposition 132 would change the approval threshold for a tax increase initiative or referendum from a majority to 60 percent of voters. Progressives have turned to initiatives in Arizona increasingly in recent years, due to difficulty getting legislation passed in the Republican-dominated legislature.

Tim Mooney, a political consultant who resides in Arizona and has extensive experience working on ballot measures all over the country, told The Arizona Sun Times, “The initiative process is an essential part of our democracy. Equally essential is for it to not be abused. These propositions will protect voters and taxpayers by ensuring that future ballot measures will be more clear and concise.”

Prop. 128, named the Legislative Changes to Ballot Initiatives with Invalid Provisions Amendment, was sponsored by State Senator Vince Leach (R-Saddlebrooke) and passed along party lines. The Voter Protection Act currently prohibits the legislature from tinkering with initiatives, even when a court has struck down parts of one. Passed in 1998 as Prop. 105, it allows a narrow exception for changes that further the measure’s purpose and receive a three-fourths vote in each legislative chamber.

Prop. 129, sponsored by State Representative John Kavanaugh (R-Fountain Hills) and called the Single-Subject Requirement for Ballot Initiatives Amendment, also passed along party lines. It also requires the initiative’s subject to be included in the title, to avoid misleading language.

The Arizona Free Enterprise Club (AFEC) pointed to the Arizonans for Free and Fair Elections initiative as the type of initiative Prop. 129 would prohibit. “Initiatives can contain however many provisions that out-of-state special interests want to shove into them, on as many different subjects as they want,” AFEC said in a statement. “It contains more than 60 different provisions ranging from radical Washington, D.C.-style election changes to campaign finance law and even tax hikes all crammed into 26 pages in 9-point font.” The initiative failed to make the ballot this year due to submitting many invalid signatures.

In that case, Arizona Chamber of Commerce v. Honorable Daniel J. Kiley, the Arizona Chamber of Commerce and other business groups challenged the passage of an initiative increasing the minimum wage, since it also required employers to provide minimum amounts of paid leave. “It’s unfair to the people who you ask to vote to have more than one subject matter,” Kavanagh told a Senate committee last year.

Joel Edman, executive director of Arizona Advocacy Network, criticized Prop. 128, “The trick is that what qualifies as a single subject is in the eye of the beholder.” Only 10 of the 26 states which have statewide citizen-initiated initiatives do not have single-subject rules.

Prop. 132, sponsored by State Representative Tim Dunn (R-Yuma) and called the 60% Vote Requirement for Ballot Measures to Approve Taxes Amendment, also passed the legislature along party lines. Nine states have a supermajority requirement for constitutional amendments, statutory initiatives, or both.

The resolution also states that the governor’s veto power “shall not extend” to tax-related initiatives that reach the new majority. The legislature will not have the power to repeal and amend one of these tax initiatives or referendums or divert funds created by them.

If this law had been in place, the Prop. 208 tax increase in 2020 would not have passed, which was voted into law with barely a majority, 51.75 percent. AFEC said about Prop. 208, “The out-of-state teachers unions in Oregon and D.C. spent more than $30 million over four years in their effort to buy the largest tax hike in state history. They lied to Arizona voters to get signatures, and they lied to get the slimmest of majorities to approve it.”

There are eight other propositions on the ballot in Arizona this year, including AFEC’s Arizonans for Voter ID Act, which would end the practice of voting without an ID — even for mail-in or dropped-off ballots.

Rachel Alexander is a reporter at The Arizona Sun Times and The Star News Network. Follow Rachel on Twitter. Email tips to [email protected]
Photo “Canvassing” by SEIU. CC BY-NC-SA 2.0.