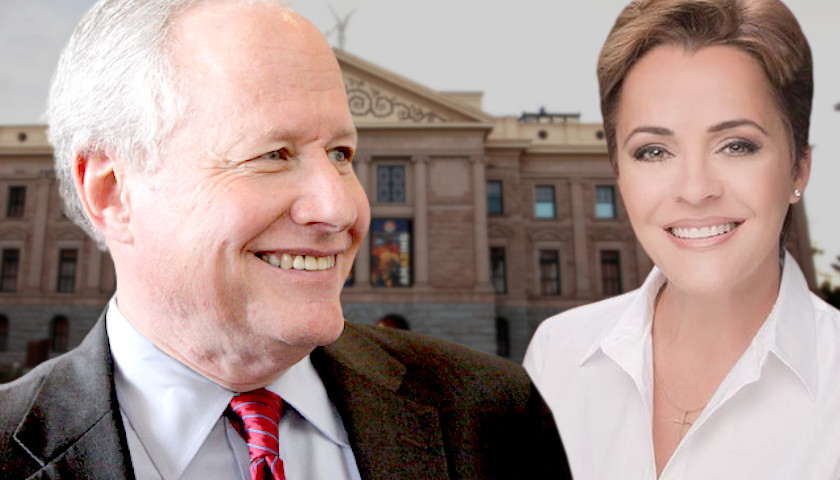 An anti-Trump blogger who presided over the demise of The Weekly Standard and now works at a neoconservative outfit called The Bulwark is leading a supposed “Republican” effort against Arizona gubernatorial candidate Kari Lake.

The Republican Accountability Project (RAP), which is funded by rich leftists and run by Trump-hater Bill Kristol, will reportedly spend two million dollars through its Political Action Committee (PAC) to defeat Lake in the upcoming November election.

“William Kristol is a founding director of Defending Democracy Together and chairman of the board for the Republican Accountability Project,” according to RAP’s website.

Lake is herself a Trump-esque figure, vowing to put America First and tackle hard-line issues like immigration and abortion.

RAP describes itself as “a project of Defending Democracy Together” (DDT), another one of Kristol’s projects.

Those three donors have given Kristol’s group $1 million each.

More left-wing donors have given the Trump-obsessed writer and his newest group amounts in the hundreds of thousands of dollars.

DDT is also funded by left-wingers, most notably billionaire mega-donor and founder of eBay Pierre Omidyar, who reportedly gave the group at least $600,000 through his nonprofit called Democracy Fund Voice.

How that money was spent remains unclear.

“Worried much? What docs could the FBI have found? Translator’s notes from Putin meeting? MBS-related financial docs?” he said, attaching Trump’s response to the raid. “Quid-pro-quo offers from foreign dictators? Reports from DHS or other officials on domestic illegal activities done at Trump’s request? Who knows? The FBI does.”

What docs could the FBI have found? Translator's notes from Putin meeting? MBS-related financial docs? Quid-pro-quo offers from foreign dictators? Reports from DHS or other officials on domestic illegal activities done at Trump's request?

Lake will square off against pro-abortion and anti-police radical Katie Hobbs, who currently serves as Arizona’s secretary of state.