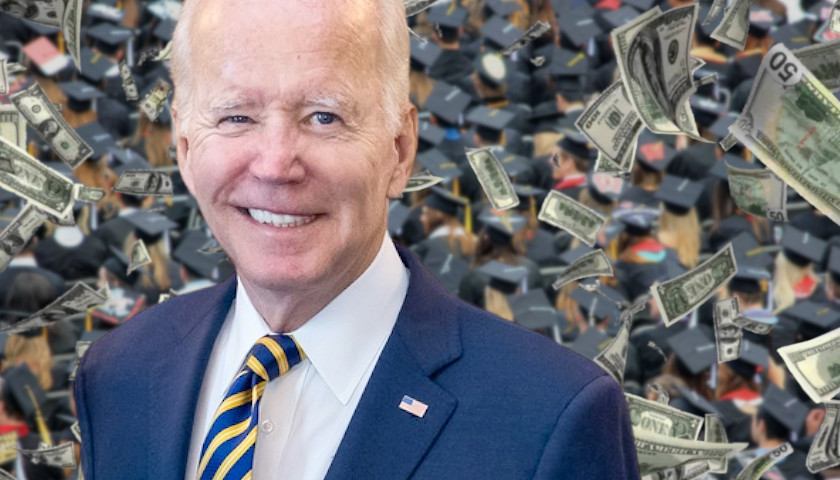 The Biden administration announced Wednesday that it was canceling $10,000 of student loan debt for individuals earning less than $125,000 per year, and several members of Tennessee’s congressional delegation voiced their displeasure.

U.S. Senator Marsha Blackburn (R-TN) said in a tweet shortly after the announcement: “President Biden’s decision to waive student loan debt will increase inflation and is another gift to the rich. Tennesseans should not be forced to pay for coastal elites to get their PhD in gender studies.”

U.S. Representative Mark Green (R-TN-07) said of the move, “Less than half of America has a 4-year college degree. This is a redistribution of wealth to the elites—and reallocation of debt to the working class. Nothing more. Nothing less.”

U.S. Representative John Rose (R-TN-06) said it was a sad day for the nation.

“Today is a sad day for America.  Americans who made tough decisions to pay off their student loans or not take any out at all will now be forced to foot the bill for others because President Biden wants to improve his poll numbers.  This is not the American Dream,” he said.

U.S. Representative David Kustoff (R-TN-08) tweeted, “@JoeBiden’s student loan policy is unfair to the 87% of hardworking Americans who played by the rules and do not have student loan debt. In the midst of skyrocketing inflation, working class families across West #TN should not have to pay for this giveaway.”

“Most Tennesseans and Americans nationwide don’t have college degrees or student debt. Biden is forcing millions of hardworking people to bail out doctors, lawyers, and other high earners. This’ll make inflation soar, tuition increase, and is blatantly unfair to countless people,” he said.

“No matter how hard the democrats and socialists try to convince you, nothing is free,” she said.

One member, a Democrat, of Tennessee’s delegation to the U.S. Congress voiced strong approval.

U.S. Representative Steve Cohen (D-TN-09) said in a tweet, “Today’s targeted student debt relief will lower costs for millions of working Americans who make less than $125k per year and need it most, without spending more on those who can afford it.”