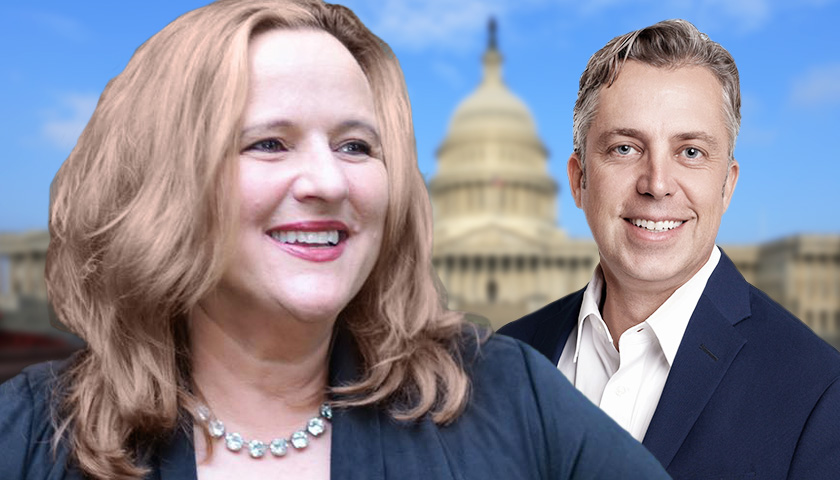 Campbell’s campaign released on Monday what it called internal poll results that showed the Democrat TN-5 candidate with a 3 percent lead over Republican nominee Andy Ogles.

“There are number of reasons why you should take this data with a grain of salt. The bottom line is Andy Ogles is NOT down 3% to Heidi Campbell. In fact, Andy Ogles is strongly positioned to defeat Heidi Campbell in November,” said Baker in the memo.

The consultant for many elected officials, including U.S. Senator Marsha Blackburn (R-TN), explained why the poll methodology was flawed.

Baker additionally explained that Tennessee’s new 5th Congressional District is a very Republican district that voted for former President Donald Trump by a 12 percent margin in 2020.

“Second, Donald Trump won the new Tennessee 5th Congressional District by 12% in 2020. According to the NBC News national survey released this weekend, Republicans have a 2% lead on the Generic Ballot. In October 2020, in the NBC News national survey, Democrats had a 5-point lead on the Generic Ballot. That is all to say that the political environment is approximately 7 points better than what it was in October 2020 when Donald Trump won this district by 12%,” he said.

“The new TN-05 is a Republican district, and this cycle is a very strong political environment for Republicans. In all likelihood the Generic Ballot in TN-05 favors Republicans by at least by double digits,” Baker added in the memo.

Baker pointed out that Campbell did not face competition in the Democrat primary while Ogles just came out on top of a highly competitive August 4 Republican primary that featured nine candidates on the ballot.

“Third, Heidi Campbell has not yet been hit in the Congressional race, while Ogles is on the heels of a competitive and bruising Republican primary. The ballot should only move Ogles’ and Republicans’ direction in TN-05 once paid media begins, and Campbell is exposed for the Liberal Democrat she is, who will vote with Nancy Pelosi and the Squad. A vote for Heidi Campbell is a vote for Nancy Pelosi and Joe Biden,” he said.

According to Baker, no one should take Campbell’s internal poll “seriously.”

“The methodology is questionable at best. Further, the political environment and data we have indicates that this race significantly favors Ogles and Congressional Republicans,” he said.