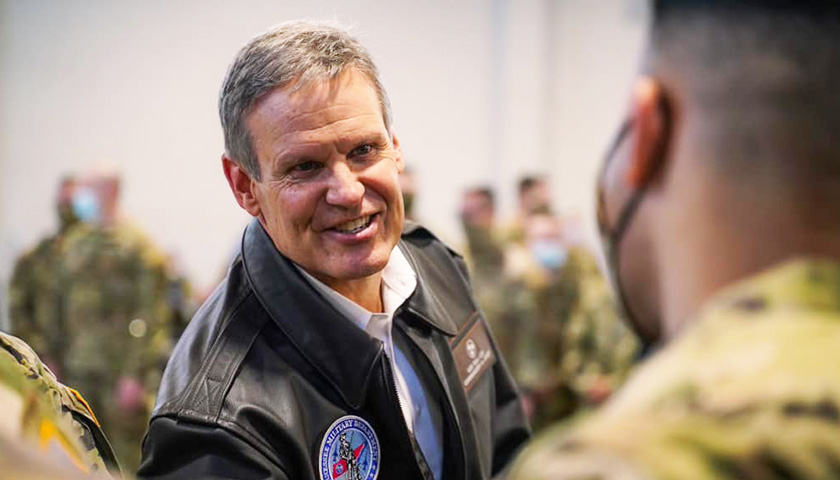 On Monday, Governor Bill Lee issued an executive order granting special leave with partial pay for Executive Branch state employees who are called to active duty as members of the National Guard or the Reserve.

In a tweet announcing the order, Lee said, “I’ve signed this order each year to maintain existing policy and ensure Tennessee state employees who serve in the military have the pay and benefits needed to provide for their families while on active duty.”

The new Order 98 says in part:

NOW THEREFORE, I, Bill Lee, Governor of the State of Tennessee, by virtue of the power and authority vested in me by the Tennessee Constitution and applicable law, do hereby direct and order the following:

Effective August 27, 2022, Paragraph No. I of Executive Order No. 86, dated August 25, 2021, is hereby amended by deleting the language contained in the paragraph and substituting instead the following:

Those employees of each department in the Executive Branch of state government who are called to active duty by the President of the United States, or under the authority of a Governor, as members of the Reserve or National Guard in recognition of Contingency Operations shall, while on such active military duty, be entitled to special leave with partial pay for a period not to exceed one year beginning August 27, 2022 and ending August 27, 2023. It is the policy of this Administration that to the extent possible, partial pay shall be the difference in the employee’s regular state salary and the employee’s full-time military pay, with a minimum monthly amount sufficient to keep in full force and effect all benefits that the employee had on the date of the call to active military duty. The provisions of this Executive Order shall apply to all said employees that have been called or are later called to such active military duty in recognition of the Operation.